Have you ever had one of those days when you knew it would be best to stay inside? I’m having one today. I just got mad at a butterfly for getting in my way. I was seriously angry. I took personal offense to the fact that he almost smacked me in the face. He was probably just trying to say hi and maybe even thank you for planting some nice flowers for him, and I was about ready to drop my gloves and go a few rounds with him. Sadly I know I would lose since I have no stamina. Yup… I’m going back inside and having a cup of coffee. 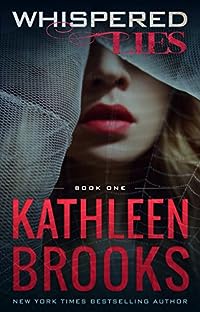 When danger lurks in the shadows…

Government secrets are being sold and the newly sworn in President of the United States already feels out of options. Without knowing the full scope of the scandal, the president decides to turn to the one person he knows he can trust — former FBI Agent, Elizabeth James. Her deep distrust of the system is rooted in her unfair discharge from service. Now she sees a chance to restore her reputation and send a message to those that would use their power to destroy others’ lives.

Elizabeth James is ordered to do whatever it takes to end a criminal organization pulling the strings of the worlds’ governments to do their bidding. She’s also been told that this is completely off the books. If caught, the government will deny all knowledge of her and the mission. Elizabeth was ready to go it alone until a man with a chip on his shoulder mysteriously helps her when she’s under fire.

Dalton Cage had led his small group of elite Air Force Pararescuemen into the most dangerous parts of the world to rescue civilians and soldiers alike. He thought his time spent evading enemy fire was over after he was booted for ignoring an order he believed to be wrong. But enemy fire was nothing compared to the dangers he faced when he was offered a chance at redemption. All he had to do was provide back up to an undercover agent and he’d get a chance to rejoin his pararescue team. Danger strikes early and often as Elizabeth and Dalton begin their mission and find their hearts becoming involved. Now every decision could cost them their freedom… or their lives. 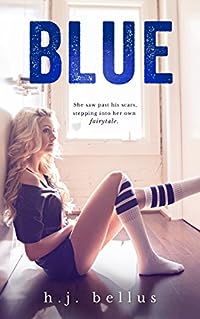 Blue Williams shines no matter the circumstance.
-Prettiest in her hometown
-Most talented cheerleader on her high school squad
-Valedictorian of the senior class
-Prom queen and runner up for Miss Teen Colorado
And the list goes on…

That’s until college, when she finds out nobody recognizes her, and if they do they couldn’t care less. Blending in is something Blue has longed for her entire life. Living in a dorm with a set of new friends is just what she needed to escape her stale life back home. For the first time, she’s seen for her talent and not her name or looks.

Cheer is her number one priority, considering a full-ride scholarship landed her at a prestigious university, and she intends to take advantage of it. A true beauty inside and out, Blue’s heart has always pumped competitive blood.

Until one night changes her forever… the beauty is gone, and all she has left are nasty, ugly memories. The man who saved her has a story of his own, with ninety percent of his body scarred.

What happens when the Beauty falls for the Beast? 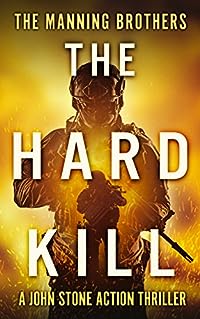 They want power. He’s going to bring them a war.

Retired Army Ranger John Stone has settled into his life as a bar owner in Great Falls, Montana. But news about the death of a brother-in-arms and the kidnapping of his goddaughter shakes his world apart.

John discovers the murder and abduction might involve the ex-wife of his fallen brother, and a prototype technology that could threaten the security of the free world.

Now, with time running out, John must rely on the abilities of his former life to save his goddaughter from the same fate as her father. 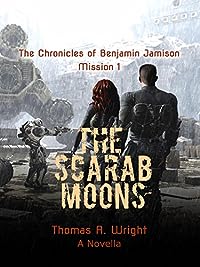 Before he put on the black armor with his namesake etched into the chest, he wore the same uniform as his brother and sister Alliance Marines. This is the story of Benjamin Jamison’s first mission — the one that would start it all, the one that would culminate five years later with his discharge, his selection to work for a general who ran slightly different ops than what the rest of the Corp was tasked with, and the people he served with along the way. There’s nothing like getting thrown in the fire on the first day and becoming a legend by the end of the week. 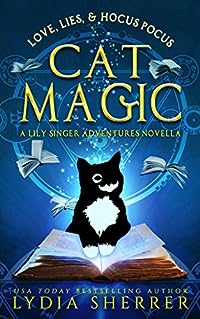 Saving the world is such a bother when it makes you late for your nap.

Blessed (or cursed, depending on who you ask) with human intelligence, Sir Edgar Allan Kipling, magical talking cat extraordinaire, spends most of his time keeping his human out of trouble. Of course, having a wizard for a human means that trouble is never far away.

When Sir Kipling’s human goes away for the weekend and leaves him to guard her magical library, things start out quiet. But when he discovers a witch smelling suspiciously of demon magic snooping in his human’s office, quiet goes out the window and chaos looms on the horizon. Will Sir Kipling be able to outwit the intruders before their mischief causes permanent damage?