Go To The Naughty Corner

Baby panda bears seem like they are kinda bratty with no discipline in their lives. In all the videos I watch of them on YouTube, they are causing a lot of trouble. I am just going to assume that panda parents are not reading up on how to raise kids that behave. Might need to send a book for Christmas. 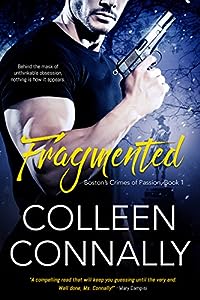 The first in the Boston’s Crimes of Passion Series! A pulse-pounding thriller! Ms Connally’s first murder mystery delivers! Suspenseful… shocking… a psychological thriller– leaving readers on the edge of their seat. Cameron Quinn is caught in a web of deceit. Protecting her brother from being framed for a murder places Cameron in untold danger. When the real killer diverts his attention to her, she has nowhere to turn, especially not to the man she shared one unforgettable night… who now is trying to put her brother in prison. A “must read” for any suspense lover!

She would do anything to protect her family… Cameron Quinn watched her father fall into a world of despair after being falsely accused of causing her mother’s death. Now, her brother is a suspect in a crime she knows he’s not capable of committing. She’ll risk everything to save her brother from the same fate as her father, even destroying evidence that implicates him in a series of murders.

He would do anything to win a case… ADA Darren Kennedy is known as ‘the bulldog.’ He doesn’t lose. When a killer emerges on the streets of Boston, he’s dead-set on putting that killer behind bars… along with anyone that stands in his way.

A killer would do anything to get his heart’s desire… Cameron soon discovers that the police aren’t the only ones who suspect her of covering for her brother. The murderer is still out there and he isn’t happy his plans have been disrupted. Now, the twisted psychopath has turned his attention towards Cameron and will stop at nothing until he has her in his control. 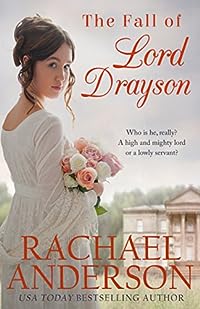 The Fall of Lord Drayson (Tanglewood Book 1)
by Rachael Anderson

When Colin Cavendish, the new earl of Drayson, informs Lucy Beresford that she and her mother need to vacate the house they’ve called home for the past two years, Lucy is fit to be tied. They have no money, no relations they can turn to for help, and nowhere to go. How dare the earl break the promise his father had made to the Beresfords without so much as a twinge of conscience?

Fate plays her hand when Lucy discovers the earl unconscious and injured in the middle of the road. When he awakens with no recollection of who he is, Lucy seizes the opportunity to teach the earl a much-needed lesson in humility and tells him that he is nothing more than a mere servant. Her servant, in fact.

And thus begins the charming tale of a pompous lord and an impetuous young woman, caught together in a web so tangled that it begs the question: Will they ever get out? 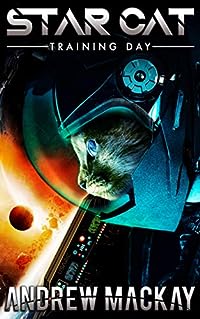 There’s no space for the untrained.

Jelly Anderson beat tens of thousands to become the first cat in space. Before she blasts off to Saturn with the crew of Space Opera Beta, we think she may need a little training.

How do you prepare a cat for the trash can that is outer space?

You put her through USARIC’s rigorous training program. That’s how.

A violent stealth mission, a suffocating spacewalk, and one death-defying space simulator should seal the deal. All she has to do is pass each one with flying colors. 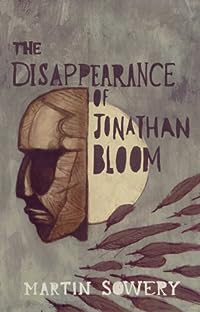 the Disappearance of Jonathan Bloom
by Martin Sowery

Julian Bowen is young, good looking but not so wealthy as he seems. When he meets a moneylender who’s making fat profits from his friends’ excesses, Julian sees a chance to wipe out his mounting debts and make a new start; but his plan leaves a group of innocent tourists in deadly danger in the middle of Africa; and meanwhile there are some people in London who want more than their money back

For Jill Stevens, more at home in an accounts department than the savannah, a wildlife safari turns into a nightmare ordeal that she must find new strength within herself to survive.

Set in the parched heartlands of south east Africa, this unusual tale mixes an intriguing and violent crime mystery with a gripping struggle to stay alive. 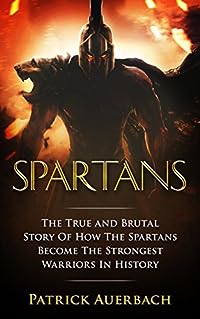 Spartans: The True and Brutal Story Of How The Spartans Become The Strongest Warriors In History (Sparta, Spartans, Ancient Greece)
by Patrick Auerbach

Proud Xerxes, Emperor of Persia and King of Kings, invades Greece with a million soldiers. He commands thousands of ships and is supported by dozens of allies, among them the charming Queen Artemisia.

At Thermopylae, a rocky mountain pass in northern Greece, the feared and admired Spartan soldiers stood three hundred strong. Theirs was a suicide mission, to hold the pass against the invading millions of the mighty Persian army.

Day after bloody day they withstood the terrible onslaught, buying time for the Greeks to rally their forces. Born into a cult of spiritual courage, physical endurance, and unmatched battle skill, the Spartans would be remembered for the greatest military stand in history. One that would not end until the rocks were awash with blood, leaving only one gravely injured Spartan squire to tell the tale.

Read how The Spartans became the strongest warriors in history.