Maybe Three Will Do

Hubby bought the coolest little robot for me last Friday, and I think I need at least two more. If I have three robots total, I believe technically that would be considered a robot army. Just two robots isn’t considered an army, because that’s just having a couple of robots. Three takes it to a whole new level.  That’s pretty serious stuff right there. Imagine the power I would have if I had a robot army. 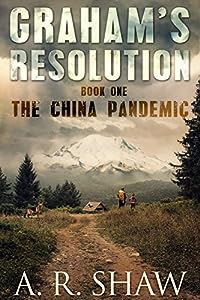 “VERY fast paced and unpredictable! I was holding my breath while reading!” Amazon reviewer

What the World Dreads Most has Happened, The China Pandemic.

A weaponized bird flu ravaged the globe to near extinction, and a former Seattle math professor races on a journey to survive, when he meets a vulnerable community of survivalists without immunity to the killer virus, a young girl is exposed which threatens war between those few left behind. 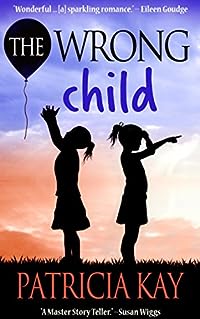 The Wrong Child
by Patricia Kay

What would you do if you discovered your adored child wasn’t your child at all? That a mistake had been made in the hospital, and someone else took your child home, and you took theirs? This is the heartbreaking dilemma facing Abbie Bernard and Logan O’Connell — an impossible situation with no acceptable answer. Or is there? Both Abbie and Logan are desperate to protect their children and to keep their families intact. Can they find a way to keep both of their daughters? THE WRONG CHILD is a compelling, emotional and romantic story of the bonds that are stronger than blood and the choices that can only be made with the heart. Ripped from the headlines, it gained Ms. Kay thousands of new fans around the world, and was honored by The Romance Writers of America with a nomination for a RITA, its most prestigious award. 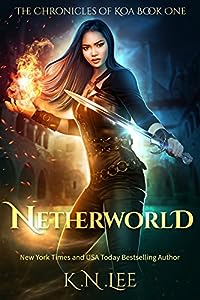 Netherworld: An Urban Fantasy Adventure (The Chronicles of Koa Book 1)
by K.N. Lee

In a world where vampires and angels have devised a peace treaty, humans either live their lives oblivious to the supernatural creatures living amongst them, or actively take part by selling their blood. Koa, a half-blood vampire works for the organization that enforces the peace treaty. She can fly, has an enchanted sword, and a mother cursed to live as a cat. When a dangerous demon arises and seeks to plunge the humans into darkness and evil, even Koa and her boss can’t stop him. There are rumors of a prophet prince who can help, they just have to travel to an alternate universe to break him out of a supernatural prison.

Prepare for an epic paranormal adventure full of vampires, angels, shifters, and magic that grips you from the start and doesn’t let go. 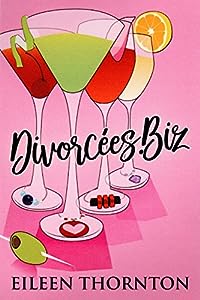 When Connie, Jenny, Lucy and Sadie meet up for drinks, all they can talk about is their failed love life. After more drinks than might be good for them, they come up with the brilliant idea of opening their own online dating agency.

Despite the arguments and differences between the thirty-something, divorced women, Divorcees.biz soon launches at one of London’s most prestigious hotels.

But is this the answer to their problems, or the beginning of a whole lot more? And at the end of the day, will any of the four ladies find the man of their dreams? 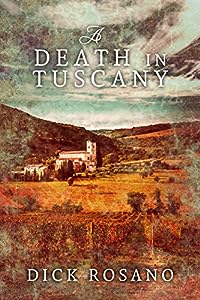 A Death In Tuscany
by Dick Rosano

Filippo Trantino grows up in Tuscany and later moves to America with his family, leaving his heart among the vines of his family’s wine estate.

After he returns home for a funeral, his cousins convince him that his grandfather’s death was not an accident. While solving the crime, Filippo travels the pastoral landscapes of Tuscany, indulging in the area’s most delicious wine and food, and discovers the life he was always meant to live.