Set in the midst of the striking beauty of Minnesota’s Lake Superior Coastline, the Lake Superior Mystery series by Tom Hilpert will draw you in with its unique and quirky characters, and keep you guessing until the end. Enjoy! 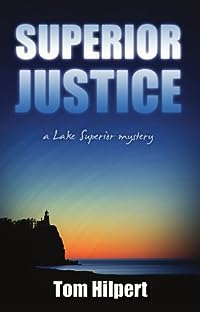 THE CONFESSION THAT COULD KILL HIM…
Jonah Borden is not your typical Lutheran pastor, and he takes pains to make sure everyone knows it. He’s a tough-guy, thinks-he’s-funny, rock-music-playing, gourmet-cooking, painfully-moderate-drinking, hard-boiled man of the cloth. He is even available for a bit of romance, under the right circumstances.

Doug Norstad, a member of Jonah Borden’s church, is arrested for a vigilante killing. Norstad shares his true alibi with Borden, under the privileged status of religious confession. Knowing now that the man is innocent, Borden must prove it somehow, without divulging his secret. Along the way he uncovers a twisted series of murders and cover ups. Before it is all over, Borden himself has been bribed, beaten, shot, and arrested for murder. Even worse, he may be falling in love. 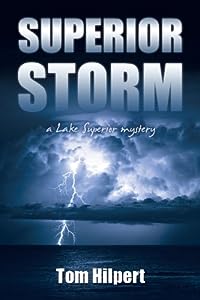 THE STORM IS RISING…
Pastor Jonah Borden loses the life savings of an elderly widow when the First National Bank of Grand Lake, Minnesota, is robbed. Now he is playing detective, trying to solve the crime and recover the widow’s money.

But his friends in law-enforcement can’t seem to help him, and information about the case mysteriously disappears. In the meantime, he faces professional challenges, and to top it off, his own relationship with the beautiful Leyla Bennett is in troubled waters.

Jonah must overcome a malicious plot against his life, the ghosts of his past, and face the fury of Superior itself, if he is to save himself and the ones he loves. 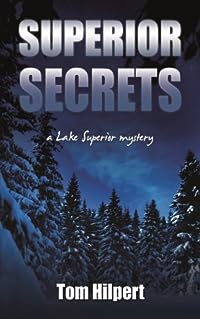 It’s wintertime on the North Shore and the snow is thick on the ground. Jonah Borden, the coffee-guzzling, wisecracking, mystery-solving man of the cloth, is about to tie the knot with his sweetheart, Leyla Bennett. But just a few weeks before they do, Leyla decides to go undercover in a new cult to get an exclusive exposé which would make her name as a journalist. However, as time goes on, Borden is worried that her commitment to the troubling new religion and her devotion to its evil, charismatic leader are more than just professional.

When Borden confronts the cult leader, he is turned away and threatened. Meanwhile, mysterious hunting accidents begin happening around the town of Grand Lake. Assisted by his friends, Jonah tries to find a way to get Leyla out. What he uncovers is bigger than any of them had guessed. Now, he’s in a race to save his own life, and those of his friends, before a powerful enemy finds them and destroys them. 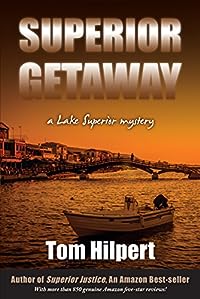 NO GOOD DEED GOES UNPUNISHED…
When Jonah and Leyla Borden embark on their honeymoon to Greece, the last thing they expect is to find themselves running for their lives from Albanian mobsters. Even worse, Jonah can’t seem to find a good cup of coffee anywhere, and the language barrier makes his wisecracks fall even flatter than usual.
It all starts innocently enough, with a big tip to an undeserving waitress. Their kindness inadvertently draws them into a tragic situation involving a missing girl, and they are not aware of how they have been deceived, until it is too late.
Stranded without their passports, Jonah and Leyla don’t know who to trust. Borden must rely on his wits, his martial arts skills and a new friend of dubious reputation.

Featuring a cast of unique, memorable characters, including Jonah Borden, Superior Getaway is part of the Lake Superior Mystery series. This is the fourth, though none of the books have to be read in order.

Tom Hilpert writes character-driven mysteries with humor and flair. He loves cats, as well as dogs, and is kind to little children.