One Two A Pumpkin For You

THEY ARE HERE!!! The pumpkins have arrived and I am going to burst! I absolutely love the Fall season, and I go nuts when the pumpkins arrive in the stores. They are not at Costco yet, so I will need to make daily visits until they arrive. I of course love tradition, and my favorite one is sneaking pumpkins into the yard hoping hubby won’t notice they are growing in numbers. This season is starting off perfectly. I had to buy a few little pumpkins for work, so the first pumpkins aren’t being bought for me, but I do get to take them home afterwards. Hubby can’t argue with that! So tonight I start decorating. Let the Fall festivities begin!! 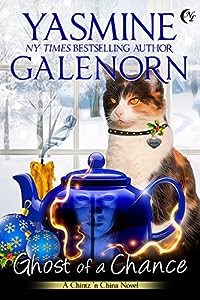 Emerald O’Brien is the owner of the Chintz ‘n China Tea Room where guests are served the perfect blend of teas and tarot readings. She never set out to be a detective, but once word gets out that she can communicate with the dead, there’s no turning back… When the ghost of Susan Mitchell asks for Emerald’s help in convicting her own murderer, Emerald can’t refuse. Along with her friends-an ex-supermodel and a cop-and her new love interest, Emerald must search for clues to put the killer behind bars, and Susan’s tortured soul to rest. 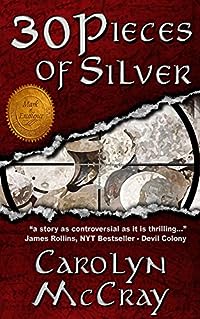 #1 Kindle Bestseller in BOTH Men’s Adventure and War genres!

***Warning*** This books is an extremely controversial religious/historical thriller. Too controversial to be published in hardback. Please do NOT purchase this book if you were at all disturbed by DaVinci’s revelations. However if you like your fiction to challenge historical events, read on…

A Christian suicide bomber. John the Baptist’s bones inscribed in ancient Greek. A dark secret carried from the foot of the crucifixion. Can science solve the world’s greatest mystery? 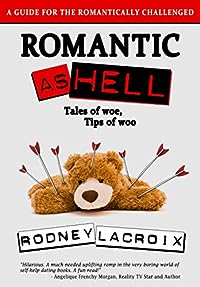 Romantic as Hell – Tales of Woe, Tips of Woo: An Illustrated Guide for the Romantically Challenged
by Rodney Lacroix, Ross Cavins, Noreen Conway

From the bestselling author of Things Go Wrong for Me and Perhaps I’ve Said Too Much…
In this hilarious, heartfelt and surprisingly useful book, bestselling humor author and comedian Rodney Lacroix opens up about his failed romantic endeavors and – more importantly – how you can avoid the same hysterically bad (and sometimes wince-inducing/dry-heave generating) mistakes.

Let’s face it. Everyone can use a little help in the dating and love departments. It just so happens that sometimes such help comes in the form of a hysterical book that has a cover showing a teddy bear riddled with arrows and the word “Hell” in the title.

– Why shouldn’t I give a feral cat as a token of my affection?
– Why you’re not fooling anyone with that “free back massage any time” coupon.
– Which “romantic getaways” should you avoid, and which one may result in having your own shoes thrown at you?
– Why doesn’t my man wear his Pinocchio thong?
– How can we keep the spark alive while parenting in a house with four children who are all busy annoying the crap out of us?

Each hilarious story is punctuated with amazing illustrations that transform the book into a highly entertaining feast for the eyes, as well.

Whether you’re trying to find a mate, already dating, trying to keep your marriage fresh or just looking for some new ideas, Romantic As Hell – Tales of Woe, Tips of Woo by award-winning humor author Rodney Lacroix has got your situation covered and is here to save the day.

Rodney Lacroix knows two things: comedy and romance. As “A Guide for the Romantically Challenged,” he puts them together in a package that is sure to give the audience some unique concepts and perspectives on affection, and a whole lot of side-splitting laughter. 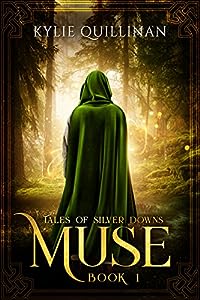 He’s the seventh son of a seventh son. She’s the daughter of a wise woman. They’re both trying to avoid their fates.

Diarmuid is not a typical bard. His tales aren’t about hope and heroism, but instead they reflect the darkness he feels inside. When he inadvertently brings his imaginary muse to life, everything she knows comes from Diarmuid’s melancholic tales. Desiring her own life, she leaves Diarmuid and sets out to live in the only way she knows how.

Brigit tries to be a good wise woman like her mother, but feels like she’s wasting her life dispensing charms and cures. She spends her days longing for danger and adventure. When she encounters a fey and becomes the victim of a cruel curse, she gets more adventure than she ever wanted.

As the pair cross paths, they soon realise that the only way to succeed in their quests is to join forces. Together, they discover the true nature of Diarmuid’s bond with his muse. While the world will never be safe with the creature on the prowl, destroying her could have fatal consequences…

Muse is the first book in a series of Celtic-inspired historical fantasy novels. If you like lush historical backdrops, complex characters, and new spins on Celtic mythology, then you’ll love Kylie Quillinan’s engaging series starter. 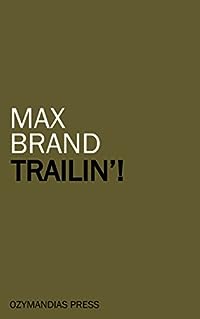 “I love Max Brand,” said Stephen King. The master of horror is not alone, for the ace of horse operas continues to attract new readers. Trailin’ was an early novel full of the gusto and terse, fresh style that would make Brand’s reputation.A Wild West story, Trailin’ opens in Madison Square Garden, where Anthony Woodbury accepts a challenge to ride a killer horse. When the man supposed to be his father is murdered, Woodbury follows the trail of the slayer west. As he pursues the secret of his birth, he takes huge risks that only a tenderfoot would entertain.