You Know! That Guy! You Know!

Why has no one said anything about the fact that the villain in the horror movie, The Nun, looks like that guy? You know what guy I am talking about! He sang those songs in the 90’s, dressed all crazy, and looks like that guy in The Nun! Not being able to remember that singers name has been driving me crazy for a solid week now. I can’t come up with even one song that the singer was famous for. The only thing I can say to people when I am asking them who the villain looks like is “You Know”. Well no, they don’t know, and repeating “You Know who I mean,” a thousand times doesn’t make it any clearer. The only song I can think of to say is “Down with the Sickness.”, but that is by Disturbed and doesn’t help one bit. How am I the only one who sees that the villain in The Nun and that singer look exactly alike? OH MY BRAIN HURTS!!! 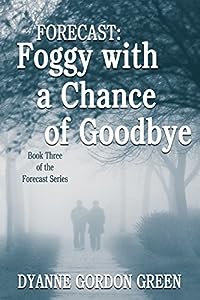 Forecast: Foggy with a Chance of Goodbye: Book 3 of the Forecast Series
by Dyanne Gordon Green

A fresh FORECAST is here!

It’s not the thought of selling his business that bothers Frank. At least, not anymore. Frank is scared and, for once, Maggie’s optimism isn’t contagious as they face the most serious challenge of their lives. He struggles to find his spiritual footing and isn’t sure if even God can stop the downward spiral.

Christina also struggles when she learns the news, while her husband, Harry, accepts the situation and isn’t afraid to say so. She tosses him disapproving glares as needed. No matter what, Harry can’t help loving his strong-willed, slightly irrational spouse.

Tina and her teenaged daughter, Holly, grow to love their life in the new apartment. Holly is happy at school and has made friends easily, oblivious to her mom’s new difficulties. Tina has committed what she thinks is an unforgivable sin and hasn’t a clue how to fix things. Maybe they can’t ever be fixed.

Loner Pete has some startling confessions of his own; one that brings joy to Frank and Maggie, but the other one sends everyone reeling.

Don’t miss a minute of this beloved contemporary series with a strong, Christian theme! 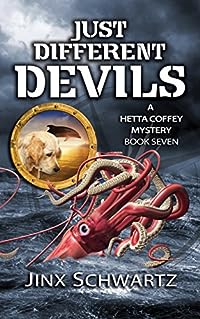 Hetta Coffey is a sassy Texan with a snazzy yacht, and she’s not afraid to use it — most of the time.
She’s an intrepid cruiser, but wild rumors of marauding gangs of flesh-shredding giant Humboldt squid on a rampage in the Sea of Cortez could keep even Hetta tied to an expensive dock. However, when the opportunity for an intriguing and highly lucrative charter arises she talks her best friend, Jan, into signing on for a mysterious cruise.
Damn the calamari! Full bank account ahead! 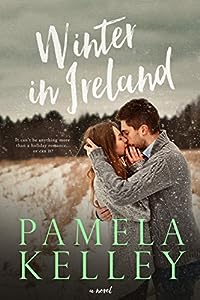 Romance writer Jennifer Graham heads to Dublin for a two month research trip, and to heal from a recent breakup. The last thing she is looking for is romance, especially with another workaholic… and then she meets Ian Shephard.

He’s the son of her best friend’s aunt, the one she is staying with while she’s in Ireland. He’s staying there too, temporarily while his condo is being renovated. Their attraction is immediate and unexpected. But dating Ian would be a very bad idea, for three very good reasons. He’s not looking for a relationship, he is a workaholic and he lives in another country…
So, they’ll just be friends… that’s the plan anyway. 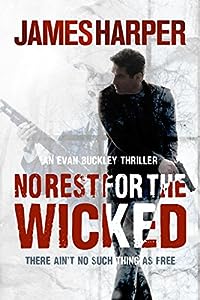 An isolated getaway for two in the mountains. Four desperate men on the run. It’s not going to end well for someone.

WHEN maverick P.I. Evan Buckley wins a free trip for two to an exclusive luxury hotel buried in the mountains of upstate New York, a well-earned rest should be guaranteed. After almost meeting his maker on his last case, he needs it. But when an armed gang on the run from a botched robbery that left a man dead invade the hotel and take Evan’s partner Gina hostage along with the other guests and their spirited seven-year-old daughter, Evan’s got his work cut out.

As the armed men become increasingly desperate and more violent, one of them develops an unhealthy obsession with Gina. Cut off from help, Evan will do anything to save her and the other hostages, but his daring plan could get them all killed if she fails to play her perilous and crucial role.

And as if that wasn’t enough, the old hotel has got a few shameful secrets of its own. Only one thing’s for sure – there ain’t no such thing as free. 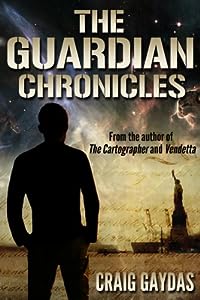 The Guardian Chronicles
by Craig Gaydas

Hades is coming to Earth, and the Olympians will not be enough to stop him this time.

After spending over 30 years drifting from job to job, Gabriel Crane finds himself working as a private investigator. His life is about to change forever, as he becomes the target of an assassination attempt by an unknown killer. Narrowly escaping with his life, Gabriel is lead into the middle of a mythical battle between forces of the underworld and the Olympian gods. At the same time, a civil war unfolds in the United States, and while Gabriel struggles between good and evil, he becomes entangled in a conflict that takes him from the American south to a mysterious island in the Pacific. Gabriel discovers he’s the last hope for mankind, but is this the kind of job he wants?

The Guardian Chronicles is a fascinating combination of ancient myth, urban fantasy and adventure. If you enjoy any of these genres, you will love this original, captivating story.