None of my Halloween decorations are gory, but I do have two Costco skeletons sitting at the table in the backyard drinking wine. That is not a scary scene at all. If it were real it would be a little disturbing, but I live in wine country so EVERY ONE drinks a bit of grape juice. It’s freaking me out a bit. Just a bit though. Not enough for me to move them yet, but just a bit. I really like the way they look and it adds a cool something something to my decorations, but that little bit is starting to wear on me. Maybe if I put hats on them it won’t bother me so much. 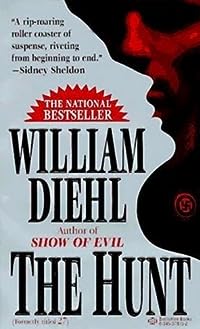 The Hunt (aka 27)
by William Diehl

As the world trembles with the approach of World War II, a woman dies at the hands of Hitler’s henchmen. Her murder forever changes her lover, Francis Scott Keegan, a relentless anti-Nazi mercenary, who becomes locked in a desperate cat-and-mouse game with the Third Reich’s perfect spy, a man of a thousand faces. In an arena that encompasses presidents and gangsters, spies and sirens, the deadly present and the dark past, Keegan pursues his elusive quarry into the cutting edge of world events — and into the secret inner workings of a terrifying mission known only as “27.” 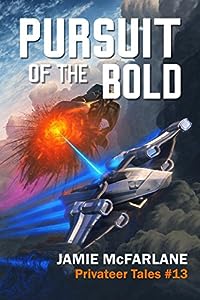 Pursuit of the Bold (Privateer Tales Book 13)
by Jamie McFarlane

A world-shattering invasion. A long-dead rumor. A death-defying risk to save humanity.

If the Kroerak Empire had a soft spot, Liam Hoffen would have found it by now. After years of fighting the blasted bug invaders, he’s all but thrown in the towel. To make matters worse, intercepted enemy plans show the empire’s next attack could wipe them off the map.

Rumors of a Kroerak weakness are their world’s only hope of survival. It’s too bad the keepers of the secret have long since turned into space dust. With time running out and alien bounty hunters in hot pursuit, Liam and his crew must venture to a long-forgotten planet. They’ll risk everything for a long-shot defense against certain annihilation.

Pursuit of the Bold is the start of a standalone trilogy in the Privateer Tales saga, a series of high-spirited space operas. If you like eccentric crews, exotic alien locations, and twists and turns you won’t see coming, then you’ll love Jamie McFarlane’s action-packed 13th book in the Privateer Tales epic. 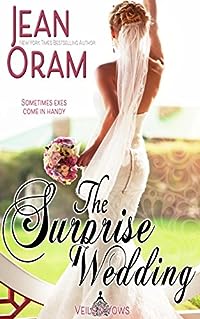 The Surprise Wedding (Veils and Vows Book 1)
by Jean Oram

Devon Mattson’s week couldn’t get much worse. Not only is he fake engaged to the sexy woman who broke his heart (then stomped on it for good measure) a decade ago, but his goal of saving his hometown of Blueberry Springs has become dependent on the two of them playing nicely.

Olivia Carrington isn’t happy to have her ex back in her life. She’s spent ten long years regretting how they ended things back in college and she’s worked hard to move on. She should be focusing on saving her family’s company, not on the handsome, helpful, fun-loving Devon who has just offered her a lifeline she can’t resist…

Tied together by mutual need, will they ruin each other’s chance of success or will a fake engagement help them overcome their painful past and lead them back to love once again? 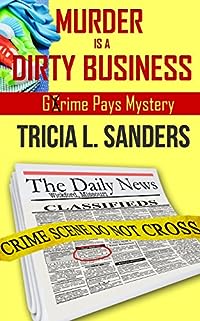 Murder is a Dirty Business
by Tricia L. Sanders

Between hot flashes and divorce papers, a middle-aged woman reconsiders her outlook on life when she butts heads with a hot detective during a murder investigation.

When Cece Cavanaugh’s husband empties their joint bank account, steals her designer luggage, and runs off with a younger woman, Cece must decide whether to ask her manipulative mother-in-law for a handout or get a job. Choosing the easier path, Cece lands a job cleaning a crime scene where a high school coach was murdered. When his wife is implicated — a young woman Cece practically raised — Cece finds herself mopping floors, balancing an empty checkbook, and ferreting out a killer.

Amid all this messy business, Cece bumps heads with a handsome detective. She tries to ignore her growing attraction to the detective, but he gives new meaning to the term “hot flash.”

After she stumbles onto a clue that could vindicate her friend, her elation turns to panic when she haphazardly confronts the killer. Through the danger and romance, Cece discovers self-reliance and inner strength.

And that crime — at least, someone else’s — does pay the bills. 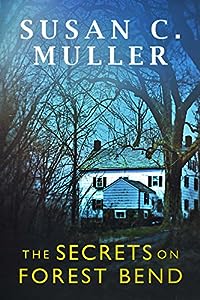 The Secrets on Forest Bend
by Susan C. Muller

Another day… Another dead body.

Detective Adam Campbell is searching for a serial killer when he stumbles across a crooked cop, an intriguing woman, and a vengeful ghost. Can he live long enough to bring down the cop, win over the woman, and destroy the ghost?