Stealthy and adorable. That’s a pretty dangerous combination for a cat to fend off while trying to have his breakfast. Ever since we got Junebug I never have to wash Sinny’s cat bowl, or the floors under the baby bassets chairs at the dinner table. Now that I am thinking about it, Sinny’s face is pretty clean as well. My golly! That pup is a better housekeeper than I am! 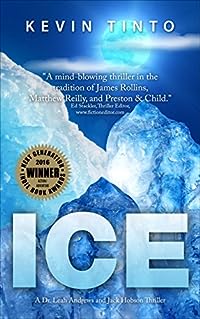 ICE!
Archaeologist Leah Andrews stumbles upon something inexplicable in southwestern New Mexico: inside a dark cavern lies an undiscovered, Native American cliff dwelling abandoned for 800 years. While twisting through one of the narrow underground passageways, Leah’s flashlight illuminates the remains of a violent massacre.

Ancient human remains — all slaughtered in a long-ago massacre — cover the cavern floor, along with a number of brilliantly colored, granite crystals. The rare crystals are native to only one place on earth: a frozen mountain range in central Antarctica.

Could Native Americans have traveled to the frozen continent of Antarctica 800 years prior to the first known human exploration? If so how? And why?

At their destination they make a stunning discovery that will change history and science forever. But Leah’s team is far from the only interested party. 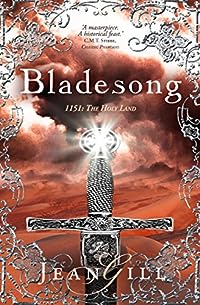 Bladesong: 1151 in the Holy Land (The Troubadours Quartet Book 2)
by Jean Gill

1151: the Holy Land, where one book is worth more than a man’s life
Estela, the troubadour, is following the destiny of her beautiful voice. Dragonetz, her passionate knight, has a dangerous mission to fulfill. Divided by the times they love in, they fight to be together.

Imprisoned in Damascus, Dragonetz suffers the mind games inflicted by his anonymous enemies, as he is forced to remember the traumatic events of the crusade, two years earlier. His military prowess is as valuable and dangerous to the balance of power as the priceless Torah he has to deliver to Jerusalem, and the key players want Dragonetz riding with them – or dead.

Instead of remaining safely at home, Estela is desperate to rescue Dragonetz at all costs. She sets out for the Holy Land, never realising that the person she thinks will be her knight’s saviour might actually be his doom. Can Estela get him out alive, despite Nur-ad-Din, the Muslim Atabeg; Mélisende, the Queen of Jerusalem; and an avenger from the past? Will she still want to, when she knows what they’ve done to him? 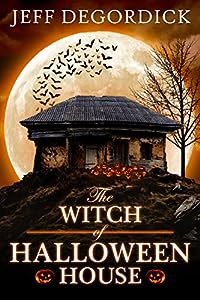 The Witch of Halloween House
by Jeff DeGordick

There’s an old house up on a hill in the woods that the kids call “Halloween House”. They accused the mysterious old woman who lived there of being a witch until the rumors got out of hand and the panicked townspeople burned her house down with her in it one Halloween. She only said one thing before she died: “A curse on all of you!”

But strange things begin happening around the small town.

Children are going missing one by one, and the only clue to their disappearance is a gingerbread man left on their windowsill. Now Carmen has to protect her brother so that he doesn’t become the next victim as the townspeople descend into insanity all around them. Riddled with fear, they have no one to pin the kidnappings and strange occurrences on.

Because the witch is already dead… … isn’t she? 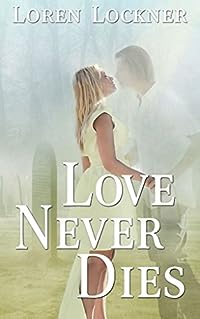 Seth was brilliant, caring, sexy and dead. Now, a month after his death in a fiery car crash it seems his ghost has returned to haunt Julia Morris. The anguished Julia suspects that the tormented Seth patiently waits in some kind of a deathless limbo for her to join him. When Seth’s twin Simon shows up, he relays a horrifying truth; his dead brother was not only murdered by the mob, but Julia is their next intended victim! Forced to trust a man her deceased lover disdained, the pair are soon on the run, hoping to find a secreted computer disk before the mob’s hit man does. To make matters worse, Julia discovers she is attracted to Simon even as Seth’s ghostly whisper warns her to beware, hinting at a devastating secret that may destroy every memory she holds dear. 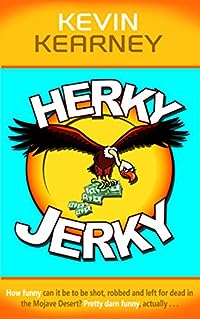 Who’s going to come to your rescue after you’ve been shot, robbed of $80,000 and left to cure like jerky in the Mojave Desert? If you’re hapless surfer and rookie real estate agent Danny Collins, your only hope is Carla Pereira, a mystery woman fresh out of prison and the owner of the car you “borrowed” to run the little errand that’s gotten you into such big trouble. Intrigued by the possibility of a payday of her own, Carla concocts a risky plan to rip off Danny’s assailant, DeWayne Oakes, a violent bodybuilder and wannabe male dancer, who won’t find Carla as easy to handle as Danny.

Fast-paced and wickedly funny, Herky Jerky is a killer thrill ride across a California landscape peopled by a zany cast of dreamers and schemers, all trying to disprove the notion that crime doesn’t pay.