While my friends are getting their white shirts on and having the professional photographers take pictures on them in a beautiful green field for their Christmas pictures, I bought the entire family pineapple costumes. No hair and makeup to do. No shopping for the perfect pair of khaki pants and red matching sweaters. NOPE! Wear what you want as long as you have your pineapple costume inflated. 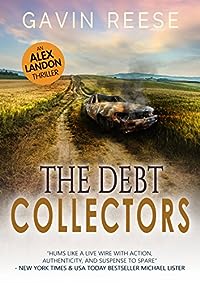 A frantic 911 call from a farmer sends firefighters and patrol officers to a hay field to investigate a late model Mustang coupe fully engulfed in flames. Believing it nothing more than an expensive property crime, a stolen and destroyed joyride, the fire crews go about extinguishing the routine blaze. As the flames recede, however, the discovery of two burned corpses inside the coupe’s trunk shifts the investigation and priorities for everyone involved. Detective Alex Landon leads the double-homicide investigation, which soon identifies the executed victims as interstate drug traffickers he’d arrested only two weeks prior. While Landon and his team work to learn the motive and find those responsible for the murders, he can’t shake a haunting suspicion that forces inside the Dry Creek Police Department are working against him. 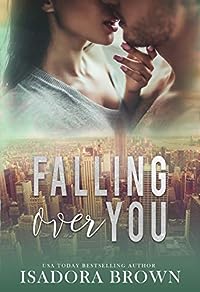 Falling Over You
by Isadora Brown

Lara Darling is not a fan of New York. She only moved out to the big city because her fiance works on Wall Street and she’s a romantic at heart. Plus, with dreams of working for a big-time book publisher as an editor, she wants to take advantage of her new residence.

It all goes awry when she sees a ghost during a job interview.

Well, she doesn’t know he’s a ghost at the time.

It doesn’t help that Lara finds out that she and her fiance are living in Mike’s house and that Mike can pop up whenever he wants. It also doesn’t help that Lara is the ONLY person who knows Mike still exists. And worst of all, Mike’s mere presence is making Lara question everything – her sanity, her decisions, her feelings…
With these new doubts, Lara must decide if getting married is what she truly wants and if loving a dead man is even possible. 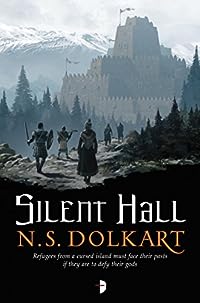 Five bedraggled refugees and a sinister wizard awaken a dragon and defy the gods.

After their homeland is struck with a deadly plague, five refugees cross the continent searching for answers. Instead they find Psander, a wizard whose fortress is invisible to the gods, and who is willing to sacrifice anything – and anyone – to keep the knowledge of the wizards safe.

With Psander as their patron, the refugees cross the mountains, brave the territory of their sworn enemies, confront a hostile ocean and even traverse the world of the fairies in search of magic powerful enough to save themselves – and Psander’s library – from the wrath of the gods.

All they need to do is to rescue an imprisoned dragon and unleash a primordial monster upon the world.

How hard could it be? 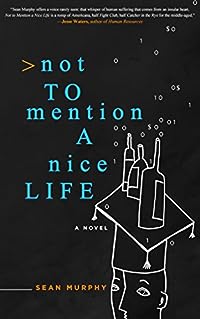 Not to Mention a Nice Life: A Novel
by Sean Murphy

Byron is a poet. And he knows it. The problem is, he’s unable to make art out of the mess he has made of his life.

The more Byron drinks, the more money he makes. If he can keep up this pace, he might enable his embattled company to stay in the black. Maybe if he doubles down, all those stock options will split, reconcile and multiply. This is his story and he’s stuck to it.

Byron is a real piece of work in progress.

He’s old enough to own his own condo and pay all his bills most of the time; young enough to be unmarried but understand he is not getting any younger. Byron would love to mix things up and instigate some excitement into his own humble narrative. Unfortunately, a fight scene is not feasible, a car chase is getting too carried away, and a love interest appears to be out of the question. Also, he has to be awake and ready to work in the morning, just like everyone else.

But drinking and drugging of the corporate world are more pervasive–and encouraged–than he could ever have imagined. He finds himself unprepared for life after thirty, and ambivalent about the semi-fortune his stock options might eventually yield. Then, when a rumor circulates that a devastating round of layoffs is scheduled to occur just before Christmas, Byron begins to envision where he’ll be when something approximating reality comes crashing down.

Not to Mention a Nice Life examines corporate America during the not-so-quiet storm that preceded the historic economic meltdown of 2008.

A literary expansion on “Office Space,” this novel provides an answer to a question not enough people have asked: What happened to Holden Caulfield when he grew up? He got a job. 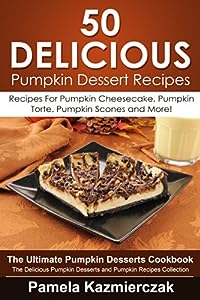 Buy this book now at its introductory rate before we raise the price to the normal price of $4.97.

Are you looking for Recipes for The Perfect Pumpkin Dessert? This cookbook has recipes for wonderful pumpkin desserts like pumpkin cheesecake, pumpkin torte, pumpkin scones and more!

The type of recipes you will find inside 50 Delicious Pumpkin Dessert Recipes – Recipes For Pumpkin Cheesecake, Pumpkin Torte, Pumpkin Scones and More! – are a variety of different pumpkin dessert recipes to enjoy and serve for holidays, parties as well as anytime!

What Type of pumpkin dessert recipes are in this book?