Yesterday was the 1 year anniversary of the devastating fire that happened in Sonoma county. It was very strange how you could feel in the air the anxiety get more and more intense the closer it got to the day. For once though I felt like I was not completely helpless. I have mentioned before that I got a job, and I was back out in the world working. I am working for a small non profit called Sonoma Family Meal that provides healthy chef made meals for survivors who were displaced by the fires. These are people whose homes, entire neighborhoods, and businesses were burned down completely. Wiped out. The feeling of hopelessness could really be crippling. Fortunately I am not just standing by shaking me head feeling bad. I am actually helping in my small way, and it feels really good. Instead of focusing on the bad, I get to see the good in people as they give there time and energy to help rebuild whole communities. This anniversary was certainly not a bad day for me, but instead a reminder of how awesome people are. 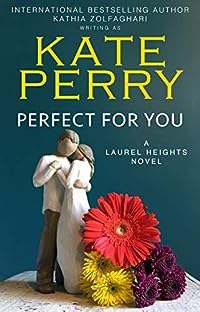 Perfect for You (A Laurel Heights Novel Book 1)
by Kate Perry, Kathia Zolfaghari

With Freya just hired to redesign the top adult website company in the country, her creativity couldn’t have chosen a worse time to disappear. Determined to get her sexy back, Freya puts an ad online, hoping to find the right man to inspire her.

Unfortunately, all roads point back to her upstairs neighbor Greg Cavanaugh. He’s everything she doesn’t want: a playboy and scumbag lawyer. Except if he’s so wrong for her, why does being with him make her believe anything is possible? 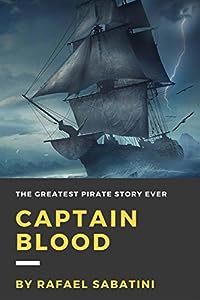 Captain Blood is one of the great pirate stories. First published in 1922, Rafael Sabatini’s novel has never been out of print. It was the basis for the hit Warner Bros. movie Captain Blood (1935), starring Errol Flynn.

Although Blood is a fictional character, much of the historical background of the novel is based on fact. Blood is loosely based on Henry Pitman, a surgeon who tended the wounded Monmouth rebels and was sentenced to penal transportation to Barbados where he escaped and was captured by pirates. Unlike the fictional Blood, Pitman did not join them, and eventually made his way back to England where he wrote a popular account of his adventures. For Blood’s life as a buccaneer, author Rafael Sabatini used several models, including Henry Morgan and the work of Alexandre Exquemelin, for historical details. 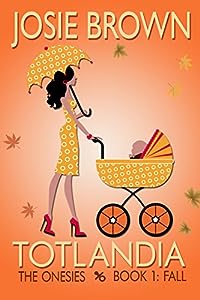 THIS IS BOOK 1 IN AN 8-PART EPISODIC SERIES.
Each book completes a story arc, but it includes a series cliffhanger that connects Books 1-4; And then Books 5-8.

IN BOOK 1 OF THE TOTLANDIA SERIES:

The Pacific Heights Moms & Tots Club is the most exclusive children’s playgroup in all of San Francisco. For the city’s ultra-competitive elite, the club’s ten annual spots are the ultimate parenting prize.

But not everyone is PHM&TC material. The club’s founder, Bettina Connaught Cross, adheres to strict membership rules: Moms only. No single parents or working mothers allowed. Membership is an arduous commitment. And there’s no room in the club for scandal, bad behavior, or imperfection… from tots or their moms.

In a world of power and prestige, no one has more than Bettina. And as every mom in Pacific Heights knows, you simply cannot cross her. But this year’s admissions process is more rigorous than ever, pitting prospective members against each other to prove their mettle.

Can these hopeful moms keep up appearances long enough to outlast the competition? Or will their chances — and their private lives — go up in flames? 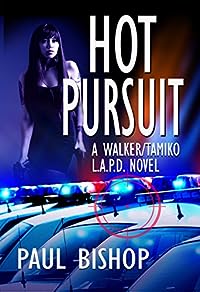 A Calico Jack Walker / Tina Tamiko L.A.P.D. novel…
It’s 1977 and veteran L.A.P.D. cop Calico Jack Walker and his rookie partner, Tina Tamiko, are planning to make Calico’s last shift on the job something special – but plans, as they do, come apart because Walker and Tamiko are good cops no matter what the cost… even if they’re L.A. cops, in uniform, in their patrol car, on duty, and way out of their jurisdiction on the Las Vegas Strip… When a major crime is going down, good cops never hesitate… 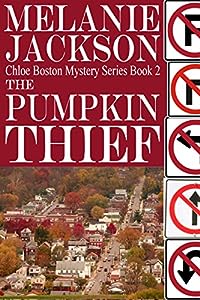 Welcome back to Hope Falls. We’ve missed you so we kept a seat warm by the fire…
Poetry is written in tears, fiction in sweat and literature in blood.
— Tara Lee (Lecture to the Lit Wits from Moving Violation)

“The Pumpkin Thief” is the second book in the Chloe Boston cozy mystery series. This charming Halloween story for adults is the perfect holiday mystery read to ring in the season.

Chloe Boston, meter maid and unofficial sleuth of the Hope Falls Police Department, is on the trail of the Halloween Killer and a second troublesome criminal, the Pumpkin Thief, who has robbed every pumpkin patch in town. Aided by her dog, Blue, and new boyfriend, Alex, Chloe is closing in on Hope Falls public enemies 1 and 2.