So is Toy’s R Us coming back? Did they mess with my emotions? I truly do not know how I feel about this. On one hand I was really sad to see it go, on the other hand I really only went once a year to do Christmas shopping, so it’s not that big of a loss. I do feel a bit messed with though. Not sure why. I don’t think the giant giraffe knows who I am. I waved at him once and he waved back. That was years ago, and I don’t think he remembers me. 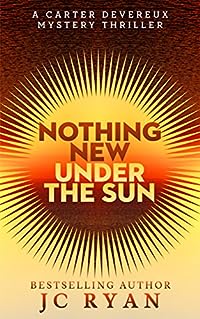 Nothing New Under The Sun: A Suspense Thriller (A Carter Devereux Mystery Thriller Book 1)
by JC Ryan, Rosamond Carter

The more Carter Devereux, a professor of archeology, researches and studies the history of the human species, the more he becomes convinced that Solomon was onto something when he said:

“The thing that hath been, it is that which shall be; and that which is done is that which shall be done: and there is no new thing under the sun. Is there anything whereof it may be said, See, this is new? It hath been already of old time, which was before us. There is no remembrance of former things; neither shall there be any remembrance of things that are to come with those that shall come after.” Ecclesiastes 1:9 -11 (Circa 940 BC).

Carter’s research and exploration into this history takes him to South America, India, and the Middle East, where he makes mind-boggling discoveries which challenge our entire view of human history. And before long, Carter finds himself with not only a large number of critics from across the world, but also a number of ardent followers.

Through the ages kings, rulers, power seekers and governments, have been trying secretly, and sometimes not so secretly, to get their hands on artifacts believed to have immense power. Examples include the Holy Grail, the Ark of the Covenant, Bachal Isu – the staff of Moses, carried by David, and the King of Kings, Jesus Christ, the Spear of Destiny, the time machine “the glock” created by the Germans during WWII, and ancient lost cities with hidden fortunes of gold and artifacts with unimaginable powers.

There is a no shortage of unscrupulous, power hungry people who will do anything, including kill, to possess these relics- if they exist.

Most frightening of them all are the ancient texts that speak of earth’s destruction by nuclear weapons thousands of years ago.

Do those nuclear weapons still exist?

If so where are they?

Can Carter Devereux discover them before anyone else can?

Nothing New Under The Sun is the first book in J C Ryan’s Carter Devereux Mystery Thriller series: a full-length novel and a thought-provoking mystery about the discovery of antediluvian human civilizations and the terrifying consequences of digging up the past. 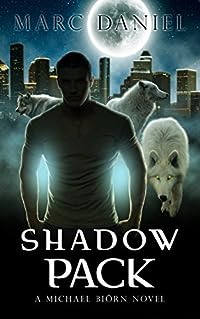 Werewolves sit atop the food chain. Hiding in plain sight, they murder with impunity. But nothing lasts forever. They thought his bloodline extinct. They were wrong.

The beast came at night. Murdered the cop in his home. Tore his Rottweilers to pieces. And it’s only the latest in a series of gruesome attacks.

Overwhelmed, Houston PD is at a loss. But shape-shifter Michael Biörn isn’t. Michael discerns the secret nature of the killer; a werewolf’s handiwork is unmistakable.

Werewolves move in packs, however. And the local pack is 40-member strong. But a young woman’s life is at stake. And so, after centuries spent avoiding the wolves, Michael abandons his retreat to confront his ancestral enemies.

To succeed, Michael must untangle the intricate web of lies and deceit surrounding the case. Fortunately, he can count on his friends for help. Friends like Ezekiel, a wizard of the Second Circle, and Sheila, an attractive journalist who uncovered his true nature. A nature she doesn’t find particularly repelling. 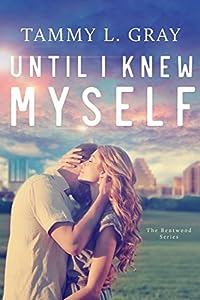 Until I Knew Myself (Bentwood Book 1)
by Tammy L. Gray

RITA Award-winning author Tammy L. Gray delivers an unforgettable new series following five struggling friends in search of the true meaning of family through secrets, betrayal and the unexpected influence of an outsider…

Tyler Mitchell grew up an orphan, taken in by his best friend’s family when he was only sixteen. Even though ten years have passed, and he’s been given everything he should ever want — a loving home, an adoring girlfriend, a successful career, and lifelong friendships — Tyler has always felt a foreigner in his own life.

When a surprising phone call reveals the death of his biological grandfather, Tyler’s seemingly perfect life starts to unravel. The people he loves most in world have kept from him the greatest secret of all — knowledge of his father’s family.

Now hunting for more information about his past, Tyler discovers nothing is quite as it seems. And the definition of family is far more complicated than choosing between blood and loyalty. 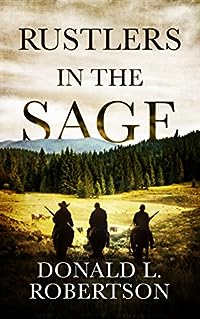 Rustlers in the Sage: A Western Novella
by Donald L. Robertson

Holt Kincannon has nothing left but his horse, his guns, and his pride. His years as a Texas rancher and lawman are behind him. His wife and son rest on a lonely hill overlooking the Llano River.

Now, he rides through the rugged mountains and sagebrush covered valleys of Northern New Mexico, searching. He’s hoping for a new life, but will settle for a hot meal. 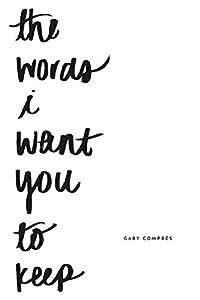 the words i want you to keep
by Gaby Comprés

this is the story i want in your hands,
these are the words i want you to keep,
the words i want to be yours as much as they are mine.
this is my heart, my soul.
this is what i want you to know:
that you are seen and loved,
known.
that you don’t have to carry what doesn’t belong to you:
the pain, the shame, the tears.
that the sun will rise tomorrow,
and hope along with it.