This healthier living is killing me. I cut out alcohol and sugar in an attempt to get a little bit healthier and to save myself the trauma of having to go shopping for bigger clothes. I was able to kick the sugar cravings after only a few days, so that is pretty awesome. I feel a little ripped off though. I am being a healthier person, so why am I not feeling the benefits? It’s been two weeks now! I want to wake up in the morning feeling refreshed and sun shiny! I still wake up feeling like I got hit by a truck. A salad truck. So much salad. I like salad, don’t get me wrong, but I feel like a rabbit. Maybe that’s why they run around so fast. They are looking for something other than a salad to eat. I’m confused. I eat like a rabbit, why am I not running around with the energy of a rabbit? Rabbits are liars. 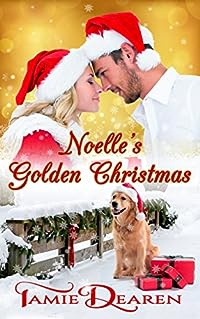 This Christmas, Noelle Holiday is getting a special surprise, and he’s way too big to fit in her stocking!

December isn’t filled with the magic and joy for Noelle, just the looming dread she’s about to lose something else dear to her. Will she ever be rid of her Christmas curse?

When she adopts an injured shelter dog, she discovers the love of her life… a Golden Retriever named Abby. Perhaps being single is God’s plan for her, but at least she isn’t alone.

Her meddling family, however, is convinced she needs a man in her life. They introduce her to two irresistible men who couldn’t be more alike. Or more different. Both men sweep into her life, testing her faith, and stirring up desire and confusion in equal measure.

If she can just get through this humbug holiday without another heartache!

This sweet Christmas Romance tells the story of a believer, struggling to implement her faith in her everyday walk and battling fear to find the agape love that drives it away. 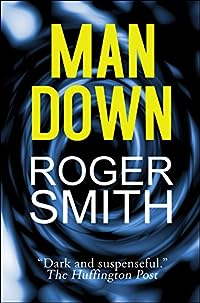 Man Down
by Roger Smith

A guilty person is always his own hangman.

Man Down is both a harrowingly propulsive thriller and a meditation on moral ambiguity and the roles choice and chance play in the shaping of a life. 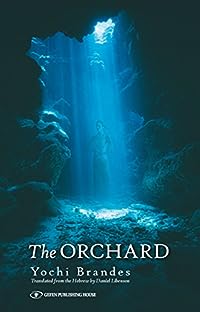 The Orchard
by Yochi Brandes

Yochi Brandes is one of the top authors in Israel. The Orchard, her eighth book, is considered the most daring and ambitious of her novels. Critics went so far as to call it a cultural phenomenon after it eclipsed the Fifty Shades of Grey trilogy on the Israeli bestseller lists. The novel depicts the beginnings of modern Judaism and Christianity (in the first and second centuries) and the historical circumstances and tumultuous disputes that accompanied their births. The heroes of that generation (such as Rabbi Eliezer, Rabbi Ishmael, Rabban Gamaliel, Paul of Tarsus, and many others) become flesh and blood in this stunning interweaving of biblical and Talmudic lore into a page-turning read.
At the heart of the book is Rabbi Akiva and his complicated relationship with his wife, Rachel, who met him when he was a forty-year-old illiterate shepherd, married him against her father’s wishes, and compelled him to study the Torah until he became the nation of Israel’s greatest sage. His novel method of interpreting Scripture provides his people with a life-giving elixir, but also gives them a lethal injection the Bar Kokhba Revolt (the second rebellion against the Romans), which brought a terrible holocaust upon the nation of Israel that nearly caused its end. The Orchard offers a brilliant narrative solution to the riddle of the Bar Kokhba Revolt by tying the rebellion to one of the most fascinating stories in the Jewish tradition, the story of four sages who entered a metaphysical orchard: one died, one lost his mind, one became a hater of God, and one, Rabbi Akiva, made it out unscathed. Or did he? 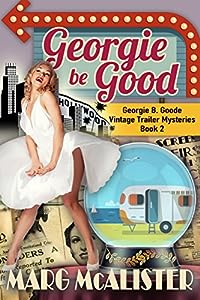 After amazing herself by solving her very first case, Georgie has packed up her vintage gypsy caravan (with cunningly hidden modern conveniences) and taken herself off to the Retro Rally in L.A.

Why is she going there? Well, to catch up with the fun retro crowd, for one thing – how could anyone resist gorgeous retro trailers and vintage vans, and all those people whooping it up in 50s clothes? Sailor dresses, high-waist shorts and cats-eye glasses – what a scene.

But something else has drawn Georgie to the West Coast, and she has no idea who or what until she gets there. Then someone comes to her gypsy caravan seeking help… and Georgie follows the trail with the help of her crystal ball and her fledgling CBI team.

It’s an unlikely crew. As well as Georgie, the great-granddaughter of a gypsy vagabond, the team consists of Scott a forest ranger from Australia; Layla, who dresses in 50s clothes and sells retro trailers, and Tammy, the glamorous secret ally who is in love with Georgie’s low-down snake of a brother, Jerry.

Well, everyone has to start somewhere — right? 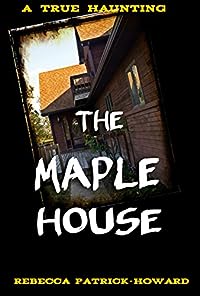 It was meant to be their dream home, the big house on the mountain with the beautiful porches, soaring ceilings, and views of the surrounding countryside. It turned into a parent’s worst nightmare.

Updated 9/15 to include new photographs.

For two years the Dyer family lived in a house of mysteries. Bewildering car trouble, sudden medical problems, unexplained noises, ghostly music in the night, swarming insects, and peculiar orbs were just the beginning and could all be rationally explained.

When the Dyer’s son is attacked and the life of their youngest is taken, however, Jeanie starts to wonder if her family is being targeted by something supernatural and sinister.

In this short book based on a true story, Jeanie narrates her family’s time at the Maple House and the experiences that even a popular paranormal television show wanted to document. They thought it would be their dream home… 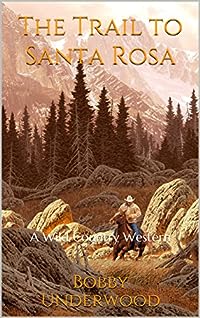 Brooke Lonesome is a Missouri legend who disappeared into the mountains long ago. Katie Wells is a slightly past her prime saloon girl with a young boy to raise. Haunted by the past, a chance meeting in Sonora with a kindly Mexican grape grower offers a second chance for both. The second sprawling and emotional story in the Wild Country saga gives readers a chance to revisit their favorite characters from the first novel, while making friends with new ones. The Trail to Santa Rosa is an intimate and emotional portrait of two damaged people looking for a second chance in an often unforgiving country. Filled with colorful history and old-fashioned western action, and sprinkled with humor, The Trail to Santa Rosa is a journey into a West that once was.