I woke up this morning excited to take a nap. That’s when you know that you are super busy and the holidays are just around the corner. I got a notice from my baby basset’s school telling me that Halloween is next week. I almost yelled at them for freaking me out like that. I snapped at my poor oldest basset last night when he complained about having to read for school. He is reading the first Percy Jackson novel, and I told he is lucky that is an assignment. I would love to have to read. HECK! I am at the dessert table every day looking at all these books and picking the best ones out for you guys , but rarely have time to read any myself. My youngest asked me what I wanted for Christmas. I told him more time. I think he is getting me a watch this year. 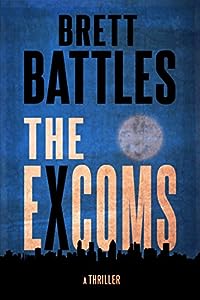 The Excoms: The Excoms Action and Suspense Thriller Book 1
by Brett Battles

Ananke thought her week couldn’t get worse, but as she hunts for the man who screwed up her previous job, things really go sideways.

Turns out, she’s not the only one having problems.

Rosario can acquire anything for anyone, but can she obtain freedom for herself when her latest assignment goes awry?

Dylan’s sure his new gig will be a walk in the park–or rather, a drive, given that he’s a courier. Unfortunately, the road is a bit bumpier than he expected.

Liesel is having the worst week of her life, and blames only herself.

And Ricky? Well, Ricky doesn’t believe in bad weeks. Though he can’t claim being stuck in prison is all that great.

Convenient for all of them, then, that a mysterious organization comes along asking for their help, and in return promises to reverse their excommunication from the secret world.

Of course, nothing good ever comes without strings attached. 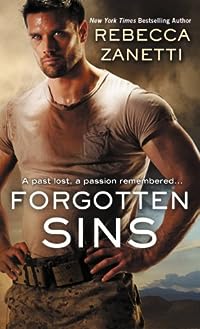 His Secrets Can Destroy Her

From the moment Josie laid eyes on sexy, mysterious Shane Dean, she was in love. Their desire ignited a passionate affair, and within weeks, Shane had slipped a ring on her finger. It seemed her every fantasy was coming true… until her new husband disappeared without a trace. Now, two years and one broken heart later, Josie is shocked when the hospital calls: Shane has been found… at a crime scene with no memory of how he got there.

Her Love Can Save Him

Shane can’t remember the blue-eyed angel at his bedside-or who he even is-but he knows something isn’t right. His hearing is razor sharp, his physical strength incredible, and the urge to protect Josie overwhelming. For powerful enemies are hunting him, and Josie is the key to discovering why. As Shane struggles to unravel his past, dangerous new truths come to light. Can he protect the only woman he’s ever loved? And can Josie trust a man she thought she knew-one who carries such a deadly secret? 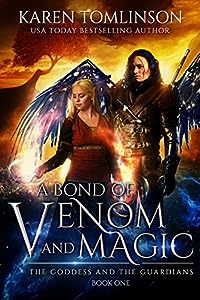 The war raging in the South seems a remote danger for seventeen-year-old Diamond Gillon until her home is brutally attacked.

Catapulted into a terrifying new existence where legendary beasts arise, magic is condemned, and half-blood fae like her have no rights, Diamond is inexplicably drawn to Commander Hugo Casimir. But he is a ruthless elite guard owned by a cruel, immortal fae queen who murders her own people for magic.

A prisoner in Hugo’s world, Diamond’s circumstances become ever more perilous; for the Queen covets more than just magic. Diamond must escape — before her fate, and that of The Eight Kingdoms, is sealed in shadow and chaos.

When her life hangs in the balance, will Hugo prove to be her friend and ally, or an enemy unworthy of her trust?

A Bond of Venom and Magic is the first installment in this breathtaking fantasy series. Perfect for fans of Sarah J Maas and Holly Black. Hold onto your heart, dive in and be swept away in this spectacular epic adventure. 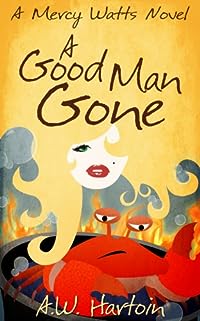 It’s summer in St. Louis and Mercy Watts is on vacation from her parents. The great detective and his nosy wife are on a cruise and Mercy thinks she’s off the hook for doing any investigating for them. But when a family friend has a fatal heart attack, Dad has one of his famous feelings and orders Mercy to look into it. Mercy tries not to get sucked in. She really does, but she’s her father’s daughter. Soon Gavin’s death leads to a more grisly one, the death of a bride on her wedding day. Can the two be connected? Was Gavin murdered? Now Mercy can’t stop. You do for family. That’s all there is to it. 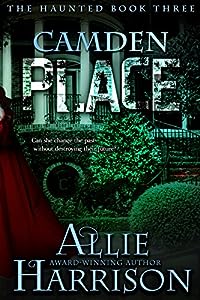 Her past is a mystery. His future is in jeopardy.

From the first moment Clare Newman steps into Camden Place — from the squeak in the floor and the sweet scent of apple pie to the candles she lights on the dining room table — it feels like home. It’s a place she can find refuge from her nightmares. It’s a place where she can make a fresh start… … Except there’s a misty figure with a knife who disappears into the library… Except there’s Liam Camden, the man who built Camden Place over a century and a half before, who doesn’t disappear, who seems to be the only one who can see and talk to Clare.
But who is the real ghost? Clare, who somehow found the doorway to 1847? Or Liam, who died mysteriously one hundred and seventy years ago?
When danger creeps closer, will the timeless love they share be enough to keep them safe?

All of Allie Harrison’s Books are Stand-Alone Books.