Fin To The Face

For my oldest Basset’s birthday we got him a chance to swim with a dolphin at Six Flags. He absolutely LOVES dolphins and at the time I thought it was a great idea for a gift. Now I’m stressing that the dolphin will attack him. My baby is a sweet boy, but he was so excited last night about about his present he started making dolphins sounds. What if he is actually speaking dolphin and he is talking smack about the dolphin’s mother. I told my baby basset to not make those sounds, but there is a good chance he won’t listen to me. Who am I kidding, he definitely won’t listen to me. My baby is going to offend that dolphin and get a fin to the face! I don’t know anyone who has ever been slapped by a dolphin, but I am sure it is not fun. Those guys are strong. They beat up sharks for gosh sakes! 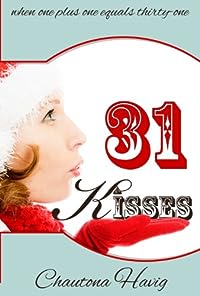 When one plus one equals thirty-one…

It happens every day.
Guy meets grandpa-and girl.
Guy knocks grandpa off ladder
Guy kisses girl to make it “all better.”
Every day.
For a month.
Just your normal, average, all-American romance…

Meet Chessie and Carson. She goes “all out” for Christmas (and every other holiday including Columbus Day, Cinco de Mayo, and Flag Day); he doesn’t own a single thing that could be considered decorative-unless you count the stickers he stuck to his dresser back when he was three.

Neither of them have ever had a serious relationship; both are opposed to frivolous expressions of affection. How on earth did they get tangled up in a “kiss-a-day-during-December” pact? 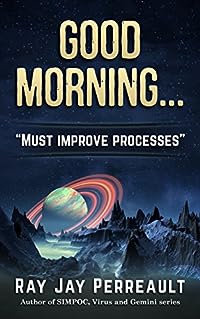 Good Morning…: Processes must be improved.
by Ray Jay Perreault

What happens when a man and a computer are put on Saturn’s Titan for a year to mine methane? The relationship doesn’t always work out the way everyone plans. The relationship should be based on trust, but what if one member of the team isn’t doing what the other expects? 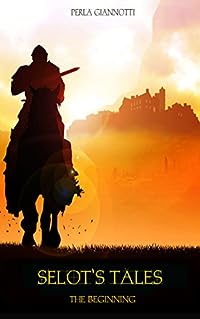 In a small marquisate, on the untouched peak of its highest mountain, lies a powerful secret which hides itself behind legend, myth and superstition of the people of Atiarav. Its courageous marquis warrior, Lord Var is commanded by the all-pervading king of Dar to retrieve this mysterious secret which has the power to deliver victory over the entire earth to whoever possesses it. Accompanying him is Selot, a young and obedient friar whose existence has been limited to the walls of an abbey on the plains at the foot of the marquisate. The journey is fraught with difficulty and danger but as their quest becomes ever more perilous and challenging, a deep friendship is formed between Var and Selot. Their courage, honour and the fact that innocent Selot has himself a dark and mysterious power within, may save them. Will this young friar who is an unknowing guardian of a mysterious and extinct race be the salvation of the destiny of Atiarav ?
And so begins the adventures of young Selot… 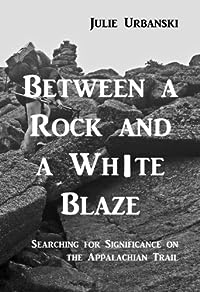 Between a Rock and a White Blaze: Searching for Significance on the Appalachian Trail
by Julie Urbanski, Matt Urbanski

Four years removed from her first long-distance hike on the Pacific Crest Trail, Julie, aka Stopwatch, is ready to embark on another thru-hike, this time following the white blazes of the Appalachian Trail, a 2181 mile continuous footpath from Georgia to Maine. She is accompanied by her husband, Matt, aka Optimist, for whom it is his second thru-hike of the AT. They are both burnt out from stressful jobs and are both hopeful that the simplicity of the trail life will recharge their batteries, especially since they have experience on their side.

For Julie, it is a chance to improve the person that she came to be and came to dislike, and for Matt, it is a chance to relive old memories while living the trail life he’d come to love. While they could never predict all that would unfold over the months ahead, with volatility in the weather and in their moods, they expect the trail to change the way they see themselves and the world around them. They are also not alone on the trail. Each day they are presented with new perspectives from the varied cast of trail characters hiking alongside them, a few of which have a lasting impression on their hike.

This book is for those that appreciate challenges that lead us down the path of self-honesty, who are willing to join Matt and Julie as they make their way through rainy weather and rocky terrain, as expectations meet reality, as they meet new people along the way, and as they search for meaning in it all, all the while following the white blazes of the Appalachian Trail.