Back Home Where I Never Was

My mother was born and raised in Italy and didn’t come to America until after she had married my father, who was in the military. I always knew she was a bit different than my friend’s mothers when I was growing up. She had different traditions and a different style. It was wonderful and I loved it, but there were experiences that I did not share with my friends. I was always different. Don’t misunderstand… different was not bad. I didn’t get teased or feel ostracized. It wasn’t until we left France and made our way to Germany to celebrate my hubby’s grandmothers 100th birthday, that I found myself back in my childhood. We had stopped in for a quick visit to see my mother in laws cousin. As soon as we walked into the cousins home, which had been in the family for many generations, I felt a familiarity that kinda caught me off guard. It was a very old home, but with updated kitchen and bathrooms. It was the dinning room where we gathered for coffee and treats, that had me mesmerized. It was decorated in a simple and beautiful style that was much like how my home was when I was growing up. Its hard for me to described, but it was the first time that I felt there was another family like mine. 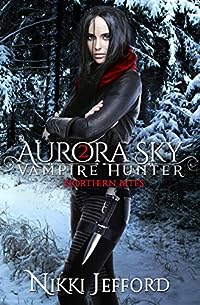 Love bites…
Big time. And probation sucks, especially when it means I’m forced to partner up with a redheaded, backstabbing vixen. I can thank Dante for that fun little treat.

Speaking of my reckless “mentor”, he’s in full flirt mode. Fane’s tactics are far more ruthless, but what can you expect from a boy who bites?

Something carnal has awakened in me and neither boy is helping tame my cravings.

A member of our unit’s team has been murdered and now Valerie and I are being sent after a suspicious vampire in Sitka, along with our psycho chaperone, Jared.

I suspect the killer’s much closer to home…

And I could be the next target, which leads me back to how my discovery all started: LOVE BITES! 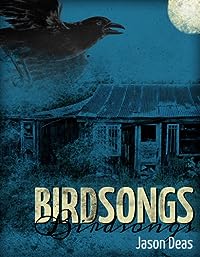 Birdsongs is a fast-paced mystery centered on former FBI agent, Benny James. Fired from the FBI for inadvertently sleeping with the perp in a murder case, he tries to disappear to a houseboat and retirement.

Not having what it takes to relax, Benny starts a service offering discreet investigations. That is until a body is found crucified near his marina. The local police department requests Benny’s help and he knows if he can catch the killer, redemption is his. The Chief gives Benny and the department ten days to solve the crimes before he promises to request the help of the FBI.

A few newcomers straggle in as well. An ex-convict fresh out of prison from a thirty year murder rap slinks in unnoticed with revenge on his mind. Days later, a Greyhound bus delivers a strange young man raised by deaf-mute parents from deep within the Ozark Mountains. An old newspaper clipping and a dark secret pulls him to town.

Whatever is going on has something strange to do with birds. At each murder site, dead birds are displayed in disturbing ways — the killer arranging them as an artist might.

All the strange occurrences and unexplained visitors to this quiet town press Benny James to his max as he vehemently struggles to solve the most important case of his life. 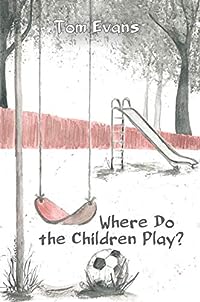 Where Do The Children Play?
by Tom Evans

A coming-of-age story of twin boys who finally get adopted after having lived in foster homes for most of their lives. While things are not perfect at their new home they are very grateful to have one. Wesley still has a real desire to learn more about his past, though, while at the same time trying to forget it and move on, but things keep happening that won’t let him. His brother Rory prefers to stick his head in the sand at all cost until a little boy’s drowning changes everything. 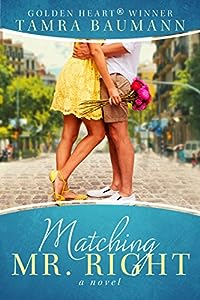 Shelby Marx helps clients find on-line love by day, but at night she writes children’s books featuring a naughty monkey named Chester. The monkey constantly seeks forgiveness, just as Shelby struggles to forgive herself for a tragic childhood accident that stole everyone she loved. Now she yearns to create a new family. Unfortunately, the man she has targeted to move to Happily-Ever-After with thinks of her as a little sister. But Shelby has a plan.

Business guru, Nick Caldwell, wants nothing to do with forever after’s and white picket fences, but in order to save his sister’s floundering matchmaking business, he goes undercover to spy on her biggest competitor. While posing as the world’s most difficult client to obtain Shelby’s matchmaking secrets, Nick accidentally falls hard for Shelby. But she has another man in her long-term plans. Can he borrow a trick or two from mischievous Chester to win Shelby’s heart? 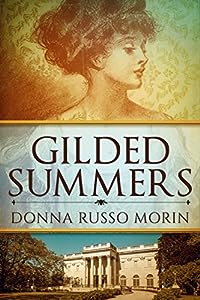 Pearl and Ginevra grow up in the era known as the Gilded Age in Newport, Rhode Island. One lives above the stairs, the other below.

Surrounded by Astors and Vanderbilts, Pearl fills her days with teatime and shallow friendships, yearning for something more. A chance meeting with Mary Cassatt sparks her secret desire to be an artist. Meanwhile Ginevra, fresh off the boat from Italy, finds her own dreams out of reach as she joins the unwelcoming household as a servant and seamstress.

Kindred souls, the girls become fast friends but must keep their friendship hidden from Pearl’s controlling mother. Every summer, they meet in a hidden spot beneath the weeping beeches to talk of art and life, and their struggles to break the barriers of their lives.

Soon, the two young women must decide who they want to be in this world, and survive what it takes to get there… even if it includes murder. 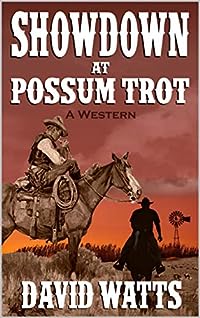 Showdown At Possum Trot: Vigilante With A Gun: A Western Adventure From The Author of “The Guns of Pecos County” (The Possum Trot Western Action Series Book 1)
by David Watts, Robert Hanlon, Scott Harris

In this new, exciting Western novel from David Watts — you’ll find all the Wild West adventure you could want!

Jake and Galen are old friends but have been separated for ten years while Galen, a Texas Ranger, chases outlaws. Looking for a change in his life, Galen finds Jake serving as the sheriff of Possum Trot, Texas and decides to set up shop as the medical man in the town. But there’s a big problem. Horse Diggins, the evil owner of the Angel Dust Saloon, has set out to control the town by any means possible. Lines are drawn and the conflicts run deep. The town becomes a stage for the unpredictable and uncharitable actions of humans as portrayed by gunslingers, whores, a gun-toting parson, and bandits that just keep on showing up. The family businesses become targets, the daughters objects of abuse, and it is up to the sheriff and his old friend to keep the peace and render justice. Inevitably, the tensions spiral out of control until, to clear the air, there is a huge gunfight that will determine whether good or evil will prevail.