The main reason the entire Basset family went to Europe was to celebrate my hubby’s grandmother’s 100th birthday. If that isn’t a good reason to take the baby bassets out of school and drop everything for two and a half weeks, then I don’t know what is. Everyone was telling me it was the worst time to go since the weather would be cold and rainy. Turns out it was a great time. The flights were much cheaper and we dressed for the weather, so it wasn’t so bad. It was cold and rainy, but it was also much less crowded then it would have been during the warmer seasons. Now, you all know I LOVE Christmas, and I was really looking forward to the cute Christmas markets and decorations. Turns out all of them started the day after our trip ended. NOOOOO!!! All I really saw of Christmas was people getting ready. ERG!! Put that aside though. I still had a wonderful trip. The cities are amazing to see. It is a completely different world. Narrow cobblestone streets with buildings that are definitely from a different time and design. I hate to say it out loud, so I will just type it in a whisper…. it reminded me of Disneyland. I promised you some pictures and I will start with the first thing we saw on the first night in Paris, France… The Eiffel Tower. You seriously can’t take a bad picture of it even if you tried…which would be weird to try. Any who….. 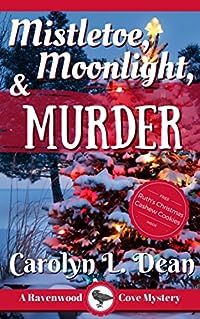 Amanda hadn’t expected snow for Christmas on the Oregon Coast, but her first winter in Ravenwood Cove brings out long-dead secrets that someone is desperately trying to hide… no matter the cost. Hot chocolate, merry decorations, and purring cats give way to police investigations and a search for a ruthless killer. 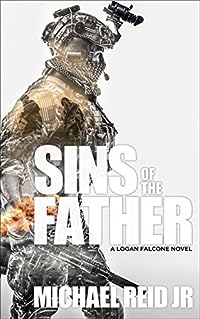 Sins of the Father: A Logan Falcone Thriller
by Michael Reid Jr

Logan’s hunt has begun, in this immersive, fast-paced thriller.

President Pierce faces a difficult re-election following the terrorist attacks which highlighted his first term. His platform is focused on how they’ve successfully eliminated terrorism with the intercession of an advanced cyber watch network. However, Logan knows the truth.

After suffering a devastating loss at the hands of a terrorist cell, Logan begins to push those closest to him away. He welcomes death in an all-out war to avenge the loss of a friend and brother in arms. His intel leads to a failed aerial assault on a terrorist compound in the mountains of Yemen, but a CIA agent deep in country provides a cryptic tale of one pilot’s survival. Logan’s guilt places him in an isolated and deadly situation, forfeiting his life.

Logan’s unexplained absence becomes the catalyst, as a catastrophic chain of events begins to unfold in the U.S., crippling the country. In a sick twist of fate, Logan’s placed face to face with the devil he’s hunted for a year, Amir Qasmi, who may provide the only solution to save our country. But is it simply another deceitful lie? 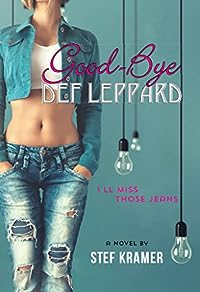 Amy Gaer is a busy working wife and mother with young twin boys and a precocious teenage daughter. After returning home from a hectic day at work, Amy greets her children and carves out a few minutes to listen to her daughter sing. A delicate, silky melody fills the air, and Amy’s mind drifts back more than twenty years to a time when everything changed for her…

It’s 1992. Grunge is on the rise. “Hair bands” are fading. Amy graduates from college and despite a talent for music, she’s determined to chase the corporate ladder. Returning to rural Iowa for the summer to live at home with her parents, all her plans shift when Amy meets a local farmer named Nick. A romance blossoms and suddenly the previously banal landscape becomes beautiful. But settling into a life with Nick is far more complicated than she expected, and she is faced with decisions that will alter her life forever. 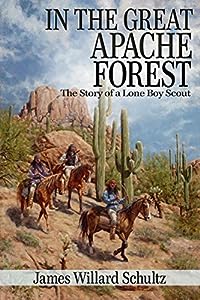 In the Great Apache Forest (Illustrated)
by James Willard Schultz

In the Great Apache Forest is the true story of 17-year-old white settler George Crosby who being too young to serve his country in France during World War I becomes a member of the forest service in Arizona, where he encounters troublesome outlaws and helps to rout them with the help of a Hopi boy and his tribal elders. The Apache National Forest covered most of Greenlee County, Arizona southern Apache County, Arizona, and part of western Catron County, New Mexico. It was a rare, untouched place, far from the nearest railroad, and boasted grizzly bears, black bears, mule deer and Mexican whitetail deer, and wild turkeys and blue grouse in great numbers. 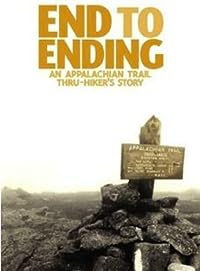 A true story, this book chronicles the transformation of a young man as he walks the 2000 mile Appalachian Trail. On his six and a half month journey through the woods, Critz takes on the trail name Wayah (Cherokee for wolf)and sheds his old life. Between making new friends and extreme physical challenges, Critz shows us his journey as he wound his way ever northward over the mountains and through the seasons of 1995, living a better, sweatier way, laughing until his belly hurt, and finding new beauty in this land and this life.