I went out with my friends last night and enjoined a wonderful evening of watching my friend’s band play, and dancing about as bad as I usually do. My bad dancing was fine though, because I was with the band. I automatically get a few points in cool credit because they are cool. I was doing the classic up against the wall, holding a drink in one hand, and the other hand up in the air like it just doesn’t care thing. Apparently my feet were in an argument earlier in the evening because it was obvious they were not talking to each other. Again! It was cool because I had cool credit from the band. Pictures surfaced this morning on Facebook. I was doing “Jazz Hands”. I just lost all my cool credit, huh? 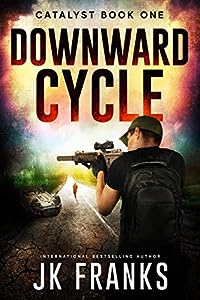 The super solar-storm wasn’t supposed to hit Earth — the odds were against it. And yet with barely a warning it did, and everything changed. In a remote oceanfront town, life begins to spiral downward after the storm causes a global electrical blackout. As planes begin falling from the sky, Scott Montgomery watches helplessly as pandemonium consumes the world around him. But the loss of electrical power is just the first of the problems facing the survivors in the chaos that follows.

Social order crumbles as a steadily growing number of people realize that there are no longer any consequences for their actions. Soon Scott discovers the truth: Not just about the extent of damage to the world’s infrastructure, but also the draconian plans one group has for regaining control and ensuring their own vision for the new world .

Catalyst is a shockingly realistic and largely fact-based tale about how society copes when the world is thrust back to a time before technology. If you are a fan of Steve Konkoly, Tom Abrahams or A. American, — you will love this book. 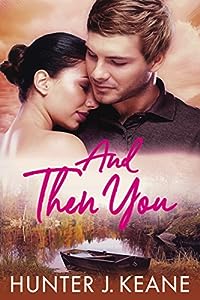 And Then You (A Second Chance Love Story Book 5)
by Hunter J. Keane

Five years ago, Logan Elliot lost her brother Michael. It was ruled an accident, but Logan blames his best friend, Nick Kingston. Nick worked hard and played even harder, building a tech empire during the day and partying all night. It was during one of those parties that Michael took his last breath.

With the five-year-anniversary of his death just weeks away, Logan sees Nick for the first time since the funeral. He is just as handsome and charming as she remembers, and there is no denying the chemistry between them. But Logan hasn’t forgiven Nick for the one night that changed both of their lives forever.

Nick is determined to prove to Logan that he is a changed man. As he pulls out all the stops, Logan feels her anti-Nick wall beginning to crumble. She realizes that she is falling for the man she swore she would never forgive. Logan has spent so long holding onto the past that she is about to lose her chance at a future with Nick, and a shot at happily-ever-after. 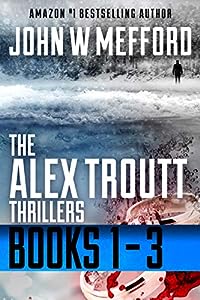 And then they came after her family.

One woman who fights for more than justice.

Three heart-pounding thrillers that will leave you breathless.

AT Bay (Book 1)
The accident changed everything.

But was there more to it than a simple accident?

Alex needs to rest her brain. But the FBI needs her back, because a killer has struck… the cause of death so bizarre no one can make sense of it.

Alex ascertains that the victims share one common trait — in how they lived, and in how they died.

Yet it becomes vividly clear that not all murders are equal. Will this one twisted murder be more than Alex can handle?

Unable to decipher her family issues, Alex still has her theories on the bizarre case. And they are solid.

Can Alex catch the killer before her life disintegrates? At the most stressful point in her life, with everything going wrong, it may all be too much.

One woman can only keep so much… AT Bay.

AT Large (Book 2)
They should have known they were on the kill list.

The judgment is death… a slow, agonizing death.

Recruited to investigate the grisly murders, Alex is without words. The mutilations are inconceivable.

The slayings don’t stop. There is no pattern. With the aid of a CIA misfit, Alex chases the assassin down the east coast, seemingly a step behind.

How long can the killing spree last?

As long as she wants. She?

And then the killer turns it up a notch. It’s a vendetta unlike any other, because a killer must make it personal.

Alex has no other options — she must confront the person who destroyed her life to cease the vicious murders.

The hunt will end. Will Alex?

AT Once (Book 3)
A vow to honor those who perished… or a ruthless vigilante?

Boston Strong of just a few years ago is now Boston on edge.

And this time the targets are men of the cloth — priests. Could Alex’s friend and colleague be behind these bombings?

Alex is torn between her loyalty of friendship and her FBI oath. But what price will she ultimately pay?

Bloody Sunday. The IRA. The movement toward peace.

Wounds of decades ago have reopened, bleeding all over Boston. As Alex pieces together the puzzle, she wonders how innocent her colleague really is.

How far will someone go to make a stand? 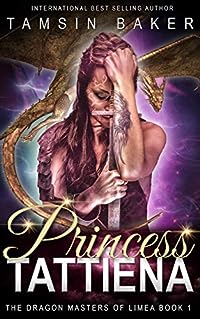 A royal hero. A butt kicking heroine. And a dragon to bind them all together.

As the bastard child of the King of Gregorick, Tattiena holds no right to the power of the throne. Yet, as one of the last dragon riders on Limea, she is the city’s first line of defense against their enemies. A heavy responsibility for a lonely young woman, her only friend and ally her dragon, Nargoya. Tattiena spends her days training for battle… but her nights are ravaged by sensual torment, dreaming of faceless lovers.

Prince Leonide of Davuno has come to strike a treaty of peace with Limea. In awe of the rare female dragon, he finds her rider even more entrancing. They share one night of fiery passion.But when she fights off further attempts at dalliance, he discovers this maiden has the heart of a warrior. He wants her even more. But when barbarians from the north attack, he must stand and fight with his new allies, if any of them are to survive.

Leo and Tattiena must fight together to save their kingdoms, and their lineages. But should peace return,will they ever find a way to be together?

Don’t miss this action-filled,fantasy romance. Soar on the wings of dragons–get your copy of Princess Tattiena today!

*** WARNING : This is a super sexy romance. Only read this if you are an adult and if these themes do not offend you!

Note from the author: This is a re-release of Dragon Master by the same author. 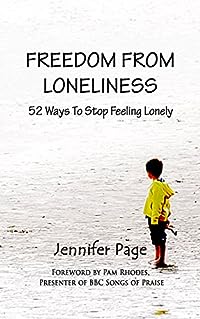 This is the story of one woman’s quest to discover ways to find freedom from loneliness.

A staggering 78% of us will suffer from feeling lonely during our lives and 11% of people often struggle with loneliness. Loneliness can have serious effects on both mental and physical health. The emphasis on online rather than face-to-face communication, changing work patterns and the increasing number of single-person households are exacerbating the problem of loneliness in today’s society. Yet it’s something that is seldom talked about.

Fed up with the “just get out more” approach, the “you need to make new friends” approach and the “improve your social skills” approach, author Jennifer Page decided to do her own research into practical ways of making more meaningful connections in her life.