Faster Than The Cat

Nothing messes up your morning like waking up and realizing your alarm was never set the night before. I am amazed how fast I can jump out of bed and rush through the fist part of my morning when I know I have lost time. I honestly didn’t know I could move that fast. Its amazing how knowing your whole morning routine is shot because of a silly little alarm. I was freaking out pretty bad and I was so frustrated with myself for forgetting such a simple task the night before. After the first sip of coffee I was able to stop for a second and get my marbles together. It’s not like you can run around with a full glass of hot coffee. You have to stop and sip. I am not a barbarian! I looked at the clock and realized I had only missed 20 minutes. After the second sip of coffee, my sanity came back to me. I am pretty sure I got my heart rate up to the acceptable speed to consider that my morning cardio. BONUS! 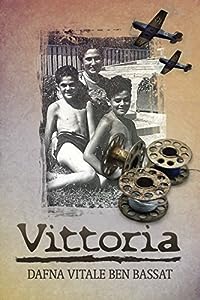 Vittoria: A Historical Drama Based on A True Story
by Dafna Vitale Ben Bassat

Love and remorse in the midst of war

Vittoria Vitale was born to a noble Jewish family in the north of Italy at the very same year that Mussolini met his Jewish lover. With the onset of World War II, her life is carried by a swirl of atrocities, decisions, farewells and remorse that will scar her forever.

A stirring historical drama about the life of a Jewish family during WW II.

This is the story of one unforgettable woman, supporting her husband and children under impossible conditions. It is also the story of a Jewish family who feels safe from war because of its status and wealth, and wakes up to a disastrous reality. More than anything, it is the story of the entire Italian Jewish community in face of the Holocaust – a story of disaster, overcoming and eventual immigration to Israel as a part of the Zionist movement.

Behind every successful man stands an insightful woman.

Daily life soaked in historical consequences, family ties and general atmosphere, aromas, sounds and tastes, based on thorough research, interviews and original historical manuscripts. A drama of loss and despair, survival and human triumph with unforgettable characters that stay with you long after the last page. 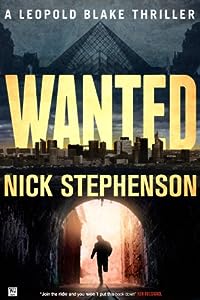 What should have been a relaxing vacation in Paris turns into another hopeless situation for expert criminology consultant Leopold Blake. Caught in the crosshairs of a ruthless assassin and on the run from the police for a murder he didn’t commit, Blake and his team must fight to clear his name before it’s too late.

As enemies close in from all sides, Blake is about to learn who he can trust – and who is determined to destroy him – as The City of Light becomes a new hunting ground.

Paris, France. A lone gunman is stalking the streets, a very specific target in mind. For Leopold Blake, expert police consultant and heir to his father’s global business empire, it’s the start of the vacation from hell as bodies start dropping – and his fingerprints are found at the scene.

Evading arrest is only the start of Leopold’s problems, as the assassin switches gear and moves in for the kill. With an innocent bystander caught in the crosshairs, Leopold must use every resource at his disposal to stay alive long enough to clear his name – and uncover the shocking truth behind the plan to ruin him.

Wanted is another exhilarating instalment in the Leopold Blake series of thrillers, which can be read and enjoyed in any order. 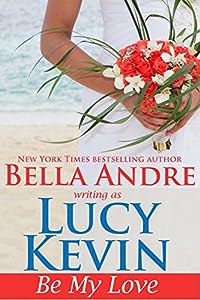 Be My Love (A Walker Island Romance Book 1)
by Bella Andre, Lucy Kevin

Come for a visit to Walker Island where you’ll find stunning Pacific Northwest ocean views, men too intriguing to resist… and five close-knit sisters who are each about to find their one true love.

After four years on the Seattle mainland, when Hanna Walker returns to Walker Island to make a documentary about the infamous Peterson-Walker feud from the early 1950s, she’s shocked to realize that passions still run high. Especially when it comes to Joel Peterson, the one man who is totally off-limits… but that she’s never been able to stop dreaming about.

The last thing Joel wants is for Hanna to dredge up the past, but when he realizes she’s determined to follow through with her documentary no matter what, he knows he has no choice but to join her. But despite vowing to hold back his growing feelings for her, as Joel works with Hanna to unravel the mystery of what really happened between their two families, he soon begins to see that love is an unstoppable force… and that sometimes two people are meant to be. 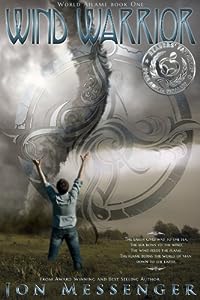 Take a deep breath before you start the now complete World Aflame Series. This action adventure series filled with cinematic science fiction action, end of the world apocalyptic events, and heart pounding thrills will leave you enthralled from beginning to end. Fans of The Maze Runner by James Dasher and I Am Number Four by Pittacus Lore will love this teen fiction series. With over 400 five-star series reviews on Goodreads, this is definitely the series you should read next! Wind Warrior is the READERS FAVORITE book award winner.

When a man is miraculously saved from being hit by a bus, Xander’s life turns in to the living embodiment of the tornadoes he can suddenly create with a flick of his wrist. Whether he wants this gift or not, Xander must learn to use his new ‘super power’ quickly if he wants to survive.

THE EARTH GIVES WAY TO THE SEA,

THE SEA BOWS BEFORE THE WIND,

THE WIND FEEDS THE FLAME,

THE FLAME BURNS THE WORLD OF MAN DOWN TO THE EARTH.

The sleepy town of White Halls harbors a dangerous secret. On a picturesque street, two houses down from a lovely little park, in a quaint little home with a wraparound porch, lives a family that seems rather normal. Sure, their twenty-year-old son, Xander, still lives at home, but he’s going to college and dating the leader of the school’s top sorority. It’s all very… normal.

However, when a man is miraculously saved from being hit by a bus, Xander’s life turns in to the living embodiment of the tornadoes he can suddenly create with a flick of his wrist. Whether he wants this gift or not, Xander must learn to use his new ‘super power’ quickly if he wants to survive. For his kind is a dying race, and when this sleepy town has a sudden influx of new, blonde, fire wielders, no one is safe, especially Xander. It doesn’t help that one of these blondes happens to be the most beautiful girl he has ever seen. Xander can’t deny the instant connection he feels to her so, when she tries to kill him, it certainly makes things complicated.

Wind Warrior is the first book in the World Aflame series by Jon Messenger. This series is complete and ready for binge reading. 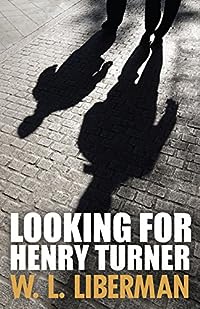 Henry Turner disappeared eight years ago, and his mother wants him back. Mo and Birdie try to find him; they search high and low.

Mo has family issues; his brother, Eli, is a rotten gambler. He’s in hock to John Fat Gai — the city’s most notorious gangster. Mo and Birdie need to find John’s missing money.

If they do, Eli goes free. If not, he’s toast. They’ve got three days. But when Mo’s father, Jake, escapes from prison, all hell breaks loose.

The city is known as Toronto the Good. But Mo never sees that side.