The first three thrillers in the million-selling John Milton series: The Cleaner, Saint Death and The Driver. “It’s impossible not to think of Lee Child’s super-selling Jack Reacher. ” – The Times 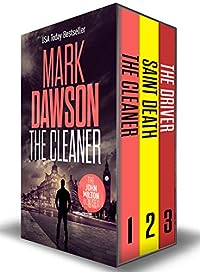 Have you met Milton?

He’s a problem solver. The man the British government calls on to take care of the worst of the worst: the enemies of the state that the Secret Service and the military can’t stop. But years of covert identities and clandestine missions have taken their toll. Milton is troubled by nightmares and resolves to make his next job his last. Then, perhaps, he can start to make amends for everything that he has done.

But it’s not as easy as that.

Buy the box set and start a series you won’t want to put down! (Books 4-6 and 7-9 are also available in great value omnibus editions.)