This Weekend Is My Brains Turn

I hurt all over. Even my hair hurts. This morning I am doubting if I had made a good life choice or not yesterday. I will be able to answer that question once I am able to drag myself to the window and look at the backyard. It might have been that third cup of coffee, or the guilt of eating all that cookie dough on Sunday, but I went back out into the yard to work on the new flowerbeds.  The soil was pretty compacted and about 80% clay so I turned it with a pick axe and added new soil and compost. I was too impatient to stop there had decided to move the large river rocks from the side yard, and make a really nice border around the beds. I also played around with the pavers to see if I liked them around the patio. The jury is still out on that one. After all of this I decided to stop and look at my work. Those two minutes of stopping gave my body all the time it needed to seize up and refuse to move. Even the clock that haunts me, telling me that I have to get the backyard done by Easter, said I needed to stop. Unfortunately my brain told me to move one more bolder. I reached down to grab a pretty little rock, but my body quickly vetoed the idea. Maybe this weekend brain, but not today. 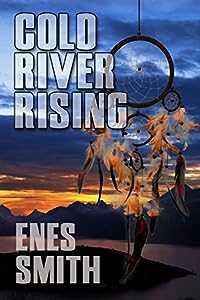 WE ARE WARRIORS ONCE AGAIN. WE ARE THE PEOPLE.

Three weeks into his new post as tribal police chief on the Cold River Indian Reservation of Oregon, retired Portland homicide detective Martin Andrews is already wondering, What the hell am I doing here? Then what he thought would be a laid-back retirement gig kicks up into an action-filled international kidnapping thriller, and he gets a crash course in modern warfare — Indian style.

The ?iyàpu (white man) tribal police chief is struggling to understand a new culture and the people he serves, when Chairman Bluefeathers’ granddaughter, along with other students and their professor on a study trip, is kidnapped by the Shining Path in the mountains of central Peru. The State Department not only refuses to help but places the students in further danger from the local police and secret police, in addition to the already-present threat from the rebels and the Peruvian and United States armies.

As leader of the sovereign nation of Cold River, Bluefeathers declares war on Peru (yeah, you read that right!) and sends Martin to head up a four-person war party to retrieve the students. Crazy old man. (Crazy like a fox.) The chairman shows himself to be a skilled modern statesman and military strategist, and the Cold River Indian Reservation is joined by other Indian tribes in a show of force and solidarity. In the voices of a damaged cop, young Native-Americans learning to walk the path between two cultures, and their wiser elders, Smith weaves a multi-layered story of courage, redemption, sacrifice, death, honor, and a people coming together. 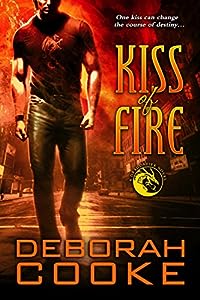 For millennia, the shape-shifting dragon warriors known as the Pyr have lived peacefully as guardians of both the four elements and the earth’s treasures. But now the final reckoning between the Pyr, who count humans among the earth’s treasures, and the Slayers, who would eradicate both humans and the Pyr who protect them, has begun…

One kiss can change the course of destiny…

When ace accountant Sara Keegan decides to settle down and run her quirky aunt’s New Age bookstore, she’s not looking for adventure. She doesn’t believe in fate or the magic of tarot cards, but when she’s saved from a vicious attack by a man who has the ability to turn into a fire-breathing dragon, she questions whether she’s losing her mind – or about to lose her heart.

Self-reliant loner Quinn Tyrrell has long been distrustful of his fellow Pyr. When he feels the firestorm that signals his destined mate, he’s determined to protect and possess Sara, regardless of the cost. Then Sara’s true destiny is revealed and Quinn realizes he must risk everything – even Sara’s love – to fulfill their entwined fates. 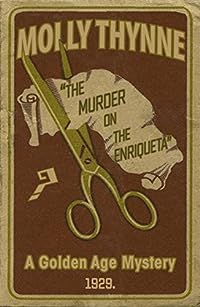 The Murder on the Enriqueta: A Golden Age Mystery
by Molly Thynne

News travels quickly and mysteriously on board ship. By the time lunch was over, the rumour began to spread that Mr. Smith’s death had not been due to natural causes.

The bibulous Mr Smith was no pillar of virtue. Crossing the Atlantic Ocean on the Enriqueta, he met someone he knew on board at midnight – and was strangled. Chief Inspector Shand of the Yard, a fellow traveller on the luxury liner, takes on the case, ably assisted by his friend Jasper Mellish. At first the only clue is what the steward saw: a bandaged face above a set of green pyjamas. But surely the crime can be connected to Mr Smith’s former – and decidedly shady – compatriots in Buenos Aires?

The Murder on the Enriqueta (1929: originally called The Strangler in the US) is a thrilling whodunit, including an heiress in peril and a jazz age nightclub among its other puzzle pieces. This new edition, the first in many decades, includes an introduction by crime fiction historian Curtis Evans. 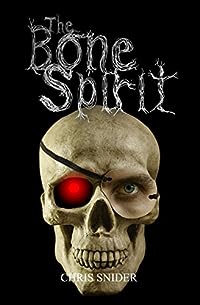 The Bone Spirit
by Chris Snider

James Conrad is a best-selling writer of three novels, but during the writing of the third, his life took a downward spiral. He began drinking and his wife, Casey, left him. Now, in trying to write his fourth novel, he has total writer’s block. Lately, he’s been seeing a man who is all bones… a skeleton man.

One night, the whispering voice almost convinces him to kill himself. After he calls Casey in a terrified state, she joins him on a terrifying journey to discover two things: who or what is this skeleton man and, more importantly, can they stop him. 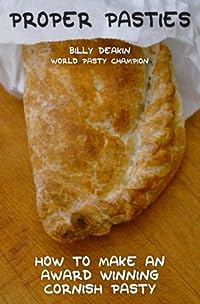 Proper Pasties: How To Make An Award Winning Cornish Pasty
by Billy Deakin

In ‘Proper Pasties” Billy Deakin, 2 times World Pasty Champion, delves into the colourful history of the Cornish pasty and what it means to the Cornish people. From tin mining and pilchard driving in Cornwall, to the 2012 “pasty tax scandal” and beyond, the book discusses the pasty’s history, and why it’s so popular today, before sharing more than 20 pasty recipes including the award winning recipe Billy used to win his 2 World Pasty Champ titles.

Inside you’ll learn all about the pasty’s rich history in Cornwall and beyond, everything you need to know about ingredients, how to get a perfect crust and a perfect crimp, a selection of different pastries (including a gluten free option) and a wide range of different fillings, tips and tricks to help your pasties turn out perfect every time, plus lots more…