An Yard Of Gravel To Not Cook

This years veggies are three different tomato plants, strawberries, eggplant, and butternut squash. I have plans to plant a vertical herb garden on the hog panel fencing that I have in my raised garden beds. You know what I don’t have planned. Mowing the lawn in the backyard. YESH!!! What a wonderful relief that is. I am really fighting the urge to rip up the lawn in the front yard. I told you guys I didn’t want another project this year and it was going to be difficult to fight with my brain not to come up with another huge project. I need to give myself a break. Plus I really want to do a few little creative crafts, like paint one of the unoccupied bee boxes we have. I haven’t decided just how fancy or not fancy I wanted to get, but I thought it would be kinda fun to paint one up and turn it into a bait box for any passing swarms. I also wouldn’t mind cooking a good dinner once in a while, but I can’t do that when I am exhausted on the couch after my regular job as well as shoveling dirt and rocks that day. I could very well be doing all these projects so I don’t have to cook dinner. Hmm… Odd to think I would rather shovel a yard of gravel than cook up a pot of pasta. Seems like a lot of work to get out of a ten minute chore. I wouldn’t put it past me though. 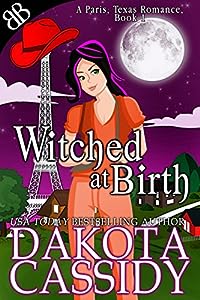 Freshly sprung from witch jail, Winnie Foster just has to fulfill the conditions of her parole and she’s home free.

Too bad that parole takes place in Paris. (Texas!) Where she’ll work at a school for the magically inclined. (KIDS!) And be forced to endure the ex, who’s one of the very reasons she landed in the pokey to begin with. (GAH!!)

Bratty tots, sexy ex, timed showers, creepy dolls, magic restrictions, and a GPS with an attitude, all wrapped in a Texas town hotter than the surface of the sun? Oh yeah. No way this could go wrong!

A small town, a parole officer, and the blazing Texas heat, all wrapped up in a laugh-out-loud romantic comedy from USA Today bestselling romantic comedy author, Dakota Cassidy. Paris, Texas will never be the same after not-so-good witch Winnie serves out her parole with determination… determination to get out of this small town and back to the ‘real world’. Witched At Birth is a Halloween paranormal romantic comedy sure to keep you turning the pages as you discover the secret hiding in the shadowy corners of Paris… Texas that is! 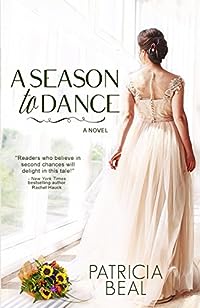 A Season to Dance
by Patricia Beal

Everyone has a dream. A passion. You work hard, you get there. Right? But what if you don’t get there? Despair? It happens… Then what? Give up? Try harder? What if all this time, you’ve been going after the wrong dreams? What if the best part of life hasn’t even started?

Ana Brassfield tries everything to be happy. An important career. A dream of dancing. A famous boyfriend. A move overseas. But all she experiences is a series of almost successes with a side of heartbreak. Then when she hits rock bottom, a stranger opens an unexpected door. Could she change her whole life? Should she? Or would this be another mistake in a life defined by rushed decisions and wrong turns?

A Season to Dance is a journey. From hard to better. From striving to being. 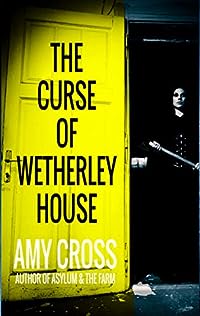 The Curse of Wetherley House
by Amy Cross

When she agrees to visit a supposedly haunted house with an old friend, Rosie assumes she’ll encounter nothing more scary than a few creaks and bumps in the night. Even the legend of Evil Mary doesn’t put her off. After all, she knows ghosts aren’t real. But when Mary makes her first appearance, Rosie realizes she might already be trapped.

For more than a century, Wetherley House has been cursed. A horrific encounter on a remote road in the late 1800’s has already caused a chain of misery and pain for all those who live at the house. Wetherley House was abandoned long ago, after a terrible discovery in the basement, something has remained undetected within its room. And even the local children know that Evil Mary waits in the house for anyone foolish enough to walk through the front door.

Before long, Rosie realizes that her entire life has been defined by the spirit of a woman who died in agony. Can she become the first person to escape Evil Mary, or will she fall victim to the same fate as the house’s other occupants? 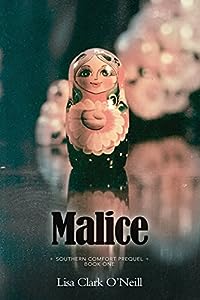 Selected as a Best Read of 2015. “Malice has mystery, suspense, complexity, romance, and THRILLS! It is a quick read because you will forget to put it down.” ~ Katie, Kindles & Wine

The brutal execution of a Russian immigrant suspected of having ties to organized crime is only the beginning for Savannah FBI agent Jesse Wellington. A man known only as “The Ghost” begins wreaking havoc on the Hostess City, bringing murder and mayhem to its southern shores. When evidence turns up implicating Jillian Montgomery, the close friend of another agent, Jesse finds himself dangerously attracted to a woman at the heart of his investigation.
Jillian Montgomery fears law enforcement – and with good reason. But when she finds herself being caught in a web of someone else’s making, it’s Jesse who she ends up turning to for help.
Long-buried secrets from Jillian’s past are coming back to haunt her in ways she could never have predicted. It’s up to Jesse to help her exhume and exorcise them before it’s too late. 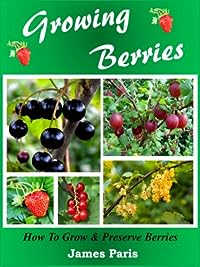 Introduction To Growing Berries Growing delicious Blueberries, blackberries, raspberries and a selection of currant bushes including blackcurrants, white currants and redcurrants, to add life a flavour to your garden and food larder iswhat this introduction to berry growing is all about.

By using fully organic methods that do not involve the use of chemicals or pesticides, you can easily grow your own fruit berries as a valuable addition to your vegetable patch or raised bed garden.No longer will you have to subject yourself or your family, to the dubious provenance of berries bought from large impersonal food halls;instead you can serve up your own fresh-grown fruit in the form of delicious jams, chutneys, pies or smoothies and much more – knowing how they were made and the ingredients included.

What You Will Discover In This Book:
1. How to grow your own Berry bushes, including which varieties to choose from.
2. How to care for your plants in order to get the best results, including pruning and feeding.
3. Making a good organic compost that will assure you of the best crop of Berries possible.
4. How to control insect and disease using organic insecticides and Companion Planting methods.
5. Simple steps to protect your Berries from birds and flying insects.
6. Harvesting and preserving your fruits for later consumption.
7. Some tasty recipes for Jams, Jellies and Chutneys

Growing your own fruit and vegetables is no longer the sole domain of the ‘Green Fingered!’ With the help of this book you can easily begin to master one of the fundamentals of self-sufficiency – growing your own food.