I woke up this morning a bit sore from the yard work I just HAD to do last night. I have been working so hard in the backyard that I had completely neglected the front. It looked pretty awful. By the time I got home from work the rain was just starting. For reasons unknown I freaked out and just had to mow the lawn before the rain got any harder. I have no idea why. I could have just waited until today to mow it or even this coming Saturday. It looked terrible already. A few days wouldn’t have made a difference. Anywho, that’s not really what I wanted to tell you about this morning. The thing is, I was sore. I was moving pretty slow and in a bit of a fog. But boy I was a lighting fast ninja when our little pup Casper got into the squat position to poop on the living room floor. I popped out of my chair as fast and agile as an Olympic Athlete, swooped in on that pup, and ran to the back door asking him where does he poop about ten thousand times a minute. Thankfully I got him outside in time for him to be successful. I didn’t know I could move that fast. I wonder what other super powers I have. I am pretty impressive. I hate potty training. When is this going to be over. My heart can’t take much more of this. 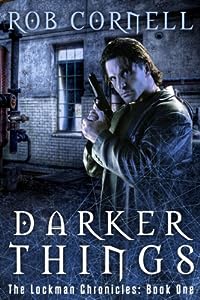 He thought he was done fighting monsters, until she said his name…
Craig Lockman.

No one has called him that in fifteen years. Not since his days at the Agency, where they trained him to kill creatures that are supposed to exist only in nightmares.

Yet the teenage girl on his doorstep not only knows his real name, she claims she’s his daughter.

Before Lockman can learn how the girl found him, he’s attacked by a black-ops team of assassins. But these aren’t ordinary killers — they’re heavily armed vampires sent by his most hated enemy.

Forced on the run, Lockman protects his daughter from an onslaught of dark beasts while searching for who betrayed him and why. The investigation leads him to Detroit, where he unwittingly sets a plan into motion that could trigger a paranormal catastrophe and cost him his soul. 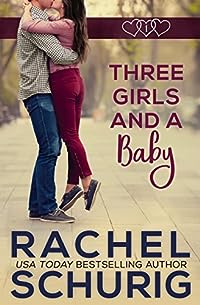 Three Girls and a Baby
by Rachel Schurig

This fun chick lit novel is Book #1 in the best-selling Three Girls series!

Ginny McKensie’s life is spiraling out of control.

Finished with college, she should have been planning her wedding. After all, Ginny and Josh were made for each other — everyone said so. Except the love of her life didn’t agree.

Now Ginny is back in her hometown, unwillingly single, and stuck in a dead-end job. When she discovers she’s pregnant, Ginny is convinced her life is ending. Instead of planning a future with Josh, she’s learning the truth about morning sickness, juggling bills, and seeing just how far designer jeans can stretch.

Her life-plan never included dating again (not even with her too-hot new boss), or being a single mother at 23. Now, with the help of her best friends, Annie and Jen, Ginny must try to re-imagine — and rebuild — a life she never wanted. 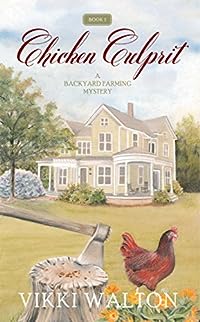 Finally healing after her heart-breaking divorce, Anne Freemont is ready to put the painful past behind her.

Discovering an old Victorian for sale in the small mountain town of Carolan Springs may be just what she needs. The beauty of Colorado beckons, so Anne heads west to start her new life.

Yet, before Anne’scompletely settled in, her neighbor is found dead in his compost pile. What’s worse is that Anne’s quirky young neighbor, Kandi Jenkins, could be the killer. When Kandi begs for her help, Anne feels she has no choice but to help the young woman.

However, she finds herself quickly at odds with the local sheriff. And while she uncovers more of the community’s secrets, she’s also exploring her awakening feelings for Sam Powers, the town’s deputy coroner.

Once Anne starts looking at who could be the real killer, the suspect list keeps getting longer and longer. It seems that Carolan Springs is a place of many secrets. But who would want to murder Ralph and who’s willing to kill again to keep their secret? 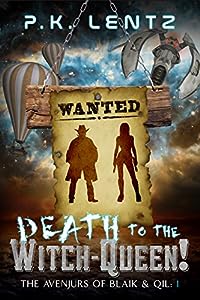 Death to the Witch-Queen!: A Post-Apocalyptic Western Steampunk Space Opera (The Avenjurs of Williym Blaik & the Cyborg Qilliara)
by P.K. Lentz

Join a half-mad drifter and a trigger-happy vegetarian cyborg as they bring DEATH TO THE WITCH-QUEEN!

Williym Blaik may not be smart. Or literate. Or sane. But he knows an opportunity when one falls from the sky in a flash of blue fire and saves his life. In Qilliara, a glitchy cyborg who takes 37 minutes to reboot, he’s found just that: an opportunity to break free from the degenerate, mutant-filled wasteland where he’s lived his whole life. All he has to do is help Qilliara save something she calls the universe by killing his world’s tyrant, the Witch-Queen Jaxitza.

Even if they manage to carve a path through the Witch-Queen’s twisted legions, Qilliara has made it clear that she can’t and won’t grant Blaik’s wish. In fact, she doesn’t even seem to care if he lives or dies. But then Blaik is not that smart. Or sane.

It’s like The Wizard of Oz. But Oz is a degenerate pocket dimension. The Scarecrow is a petty outlaw. Dorothy is a relentless two-gunned cyborg. And the Wicked Witch has legions of twisted mutants and infernal machines at her command. An implausible duo is off to see the witch… to blow her head off and save a universe. 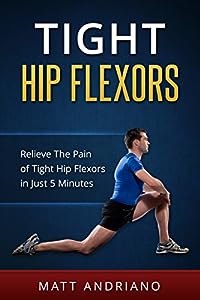 You’ve heard the saying: it’s all in the hips. But for many of us, our hips – or more precisely, our hip flexors – are tight, stiff and inflexible.

If you’re an office worker you can probably thank sitting down at your desk 8 or more hours a day for your tight hip flexors. Habitual sitting causes your hip flexors to tighten and shorten.

Luckily there is a lot you can do to get those hips nice and flexible again. So whether you want to tear it up on the dance floor, improve your athletic performance or just get better posture – now you can using this guide!

• What is Hip Flexion?

• How your Hip Flexors fit into you Anatomy

• What exactly is a Tight Hip Flexor?

• How Tight Hip Flexors can cause Back Pain

• Why is Stretching so Important?

• How to Stretch properly

• How to assess your flexibility

• What is Static Stretching

• How activities such as Yoga and Pilates can increase hip flexibility

• Beginning to Exercise: Pain vs. Soreness