Brown Shoes On A Red Floor

I am now one of the millions(?) who know how the movie, Avengers: Endgame, ends. Now the challenge begins. I must not spoil it for anyone. I am usually pretty good about such things, but I am still feeling the stress of the responsibility. I did ruin one movie for my partner in crime once though. I borrowed her DVD of a movie, and when I returned it I made a comment about the end. She was pretty upset with me, since the DVD she loaned me was unopened. That was two years ago and I still feel bad. I think she is still a little mad about it. Today, when I see her, I will say NOTHING! I will keep conversation to the weather, and politics, and religion. Those seem like safe topics. 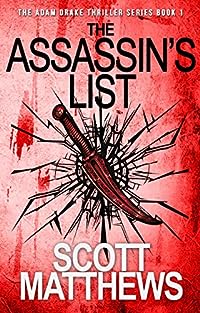 A Master Terrorist has a bankroll of twenty-five million dollars to recruit angry criminals, who converted to Islam while in prison, and train them to be assassins.

The mastermind’s mission is to get revenge for all the jihadi leaders killed by American drones and he has his own list of High Value Targets (HVTs) he plans to kill.

Adam Drake is an attorney and former Special Forces operative who picks up the scent of the terror plot when he’s retained to help a corporate client deal with the murder investigation and publicity surrounding the murder of the CEO’s executive assistant. The FBI isn’t interested in what Drake has discovered and he’s forced to rely on his training and lethal skills if he wants to prevent the planned assassinations.

THE ASSASSIN’S LIST is the first book in the popular Adam Drake Thriller Series by Scott Matthews. If you like a fast-paced thriller with a plot that could be tomorrow’s headline, you will enjoy the first installment in this heart-pounding action-packed series.
Buy THE ASSASSIN’S LIST today to read Adam Drake’s first challenging adventure. 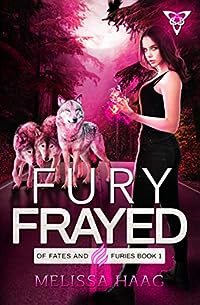 I have no idea what I am, but I know I’m not human.

Megan’s temper lands her in Girderon Academy, an exclusive school founded in a town of misfit supernatural creatures. It’s the one place she should be able to fit in, but she can’t. Instead, she itches to punch the smug sheriff in his face, pull the hair from a pack of territorial blondes, and kiss the smile off the shy boy’s face. Unfortunately, she can’t do any of that, either, because humans are dying and all clues point to her.

With Megan’s temper flaring, time to find the real killer and clear her name is running out. As much as she wants to return to her own life, she needs to embrace who and what she is. It’s the only way to find and punish the creature responsible. 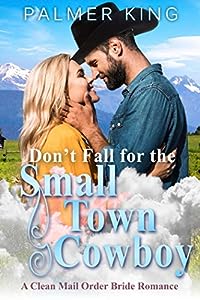 Emily is tired of trying to make it as an actress in LA… but becoming a mail order bride to a small town cowboy isn’t the change of pace she had in mind.

Johnny is a simple man… or at least he was until his wife left him alone to raise their daughter.

When Emily realizes the profile she created on the mail order bride website was actually a legally binding contract, she has no choice but to travel to Montana to convince this cowboy that she is not the girl for him.

But she is soon swept up in the charm of the small town and Johnny’s family. She could be swept up with Johnny too, if he would only let go of the past enough to give her a chance.

Can Johnny fall for his mail order bride the way the rest of his friends and family have? Or is he too heartbroken to give love another chance?

Don’t Fall for the Small Town Cowboy is a sweet, clean, contemporary mail order bride romance. As always, a happy ever after ending is guaranteed. Enjoy! 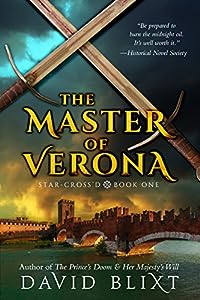 Cangrande della Scala is everything a man should be. Daring. Ambitious. Charming. Brilliant. Ruthless.

To the poet Dante, he is the ideal Renaissance prince – until Dante’s son discovers a secret that could be Cangrande’s undoing.

Suddenly thrust into the schemes and betrayals surrounding Verona’s prince, Pietro Alighieri must navigate a rivalry that severs a friendship, divides a city, and sparks a feud that will produce Shakespeare’s famous star-crossed lovers, Romeo & Juliet.

Based on the plays of William Shakespeare and the poetry of Dante, THE MASTER OF VERONA is a sweeping novel of Renaissance Italy. Filled with swashbuckling adventure, unrequited love, and brutal treachery, this epic journey recalls the best of Bernard Cornwell, Sharon Kay Penman, and Dorothy Dunnett. 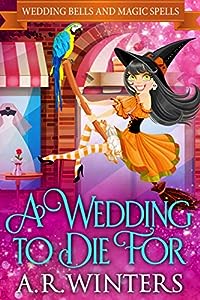 A Wedding to Die For: Wedding Bells and Magic Spells
by A.R. Winters

It should’ve been so easy…
Aria Whitmore, weddings specialist and secret witch, thought she was simply collecting an antique wedding dress from Fletcher Davenport.

Aria’s a little concerned about her parrot familiar Kiwi’s addiction to unhealthy snack food, and her mother’s penchant for meddling in her love-life. But these problems fade away when Fletcher is found dead, possibly killed by magic!

Who could really be behind Fletcher’s murder? Her new bridezilla-esque client, who seems interested in Fletcher’s estate? The dark witch, Hazel, whom Aria never quite trusted? Maybe even Mayor Donovan, who’s clearly in cahoots with an out-of-town property developer…

Aria must clear her name, all while juggling the demands of her bridal boutique and unusual customers… thankfully, smart-mouthed Kiwi is always on hand to “help”!