The Fog Of Chocolate

How about a few Popular Price Drops to start the week off right! 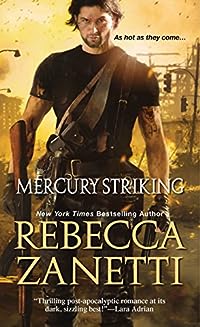 With nothing but rumors to lead her, Lynne Harmony has trekked across a nightmare landscape to find one man — a mysterious, damaged legend who protects the weak and leads the strong. He’s more than muscle and firepower — and in post-plague L.A., he’s her only hope. As the one woman who could cure the disease, Lynne is the single most volatile — and vulnerable — creature in this new and ruthless world. But face to face with Jax Mercury…

Danger has never looked quite so delicious… 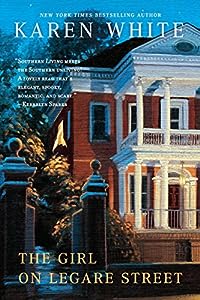 Melanie Middleton has grown accustomed to renovating old houses, but she never imagined she’d have to renovate her own life to include her estranged mother. Ginnette Prioleau Middleton left Charleston thirty-five years ago. She’s returned wanting to protect the daughter she’s never really known after receiving an ominous premonition.

Melanie never wanted to see her mother again, but with some prodding from her partner, Jack Trenholm, she agrees — and begins to rebuild their relationship. Together Melanie and Ginnette buy back their old home. With their combined psychic abilities they expect to unearth some ghosts. But what they find is a vengeful dark spirit whose strength has been growing for decades. It will take unearthing long buried secrets to beat this demon and save what’s left of Melanie’s family… 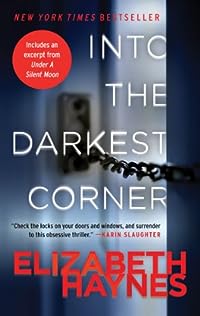 Into the Darkest Corner: A Novel
by Elizabeth Haynes

Catherine Bailey has been enjoying the single life long enough to know a catch when she sees one. Gorgeous, charismatic and spontaneous, Lee seems almost too perfect to be true. And her friends clearly agree, as each in turn falls under his spell.

But what begins as flattering attentiveness and passionate sex turns into raging jealousy, and Catherine soon learns there is a darker side to Lee. His increasingly erratic, controlling behaviour becomes frightening, but no one believes her when she shares her fears. Increasingly isolated and driven into the darkest corner of her world, a desperate Catherine plans a meticulous escape.

Four years later, Lee is behind bars and Catherine — now Cathy — compulsively checks the locks and doors in her apartment, trusting no one. But when an attractive upstairs neighbour, Stuart, comes into her life, Cathy dares to hope that happiness and love may still be possible… until she receives a phone call informing her of Lee’s impending release. Soon after, Cathy thinks she catches a glimpse of the former best friend who testified against her in the trial; she begins to return home to find objects subtly rearranged in her apartment, one of Lee’s old tricks. Convinced she is back in her former lover’s sights, Cathy prepares to wrestle with the demons of her past for the last time.

Utterly convincing in its portrayal of obsession, Into the Darkest corner is an ingeniously structured and plotted tour de force of suspense that marks the arrival of a major new talent. 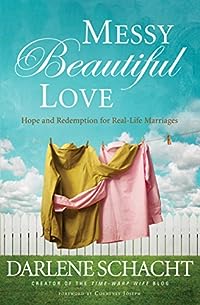 Messy Beautiful Love delivers an incredible testimony of grace that offers hope for today’s marriages and a spark for rekindling love.

Financial problems, sickness, aging parents, a chronically unhappy spouse… trials will inevitably come that threaten your marriage. No matter how long you’ve been married or how strong your relationship is, sooner or later you are going to have a mess to clean up.

Messy Beautiful Love is about cleaning up messes God’s way, exchanging your ideas for His, and being prepared for both the best and the worst that marriage has to offer.

When you surrender your relationship to God, then and only then will you experience the blessing of marriage as He intended. This is the blessing of obedience.
Messy Beautiful Love is an invitation to that obedience. The cynical world says marriages don’t last, but God knows better. Tune out the world and tune in to Him. When you do that, a beautiful marriage is not only possible, it’s inevitable. 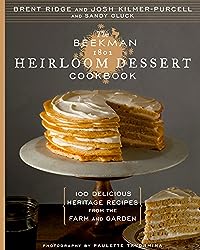 100 delicious and decadent dessert recipes from the founders of Beekman 1802.

Dr. Brent Ridge and New York Times bestselling author Josh Kilmer-Purcell are not your average couple: The two Manhattanites left their big city lives behind, and found themselves living in bucolic Sharon Springs, New York, where they became “accidental goat farmers.” But what began as a way to reconnect with their own style of modern country living soon exploded into a wildly successful brand, Beekman 1802, named after their historic home. Brent and Josh are now world-renowned for producing everything from magnificent handcrafted goat’s milk soaps to artisanal Blaak cheese. Now, with The Beekman 1802 Heirloom Dessert Cookbook, they’re bringing their special vintage-modern touch to classic, remarkable recipes bound to become family favorites year after year.

The Beekman 1802 Heirloom Dessert Cookbook will show off the delicious and decadent recipes that the Beekman Boys have collected from across the generations of their family, from Brent’s grandmother’s Fourth of July Fruitcake to Josh’s mother’s Hot Chocolate Dumplings. Each recipe is accompanied by a personal memory from the authors or a story about how that recipe came to be, perfect for those who are nostalgic for some classic Americana in their kitchen or just hankering for a Blackberry Betty recipe.