How can something so cute be so smart and such a poo poo head at the same time? Yes, I am talking about our puppy Casper, and no, I do not feel bad about calling him a poo poo head. When a person is house training a puppy, they get a free pass to call the fuzzball stupid, as long as it’s not to it’s face. As I have mentioned before, he can’t read, so as long as no one tells him I said that about him, no harm is done. The potty training is going better than it did with Junebug, so that is a bonus, but Casper does one thing that Junie would never do. She would never run back into the house mid-poo and dart around like a weasel hopped up on Twizzlers and Mountain Dew, leaving a trail of poo pellets behind like some sort of Hansel and Gretel bread crumb thing. It is awesome to watch hubby chase after him, but not so much when it’s me doing the chasing. For those who were a little upset that I called Casper a poo poo head, I bet you are understanding seeing my side a bit more, huh? I am very grateful right now that the weather is so nice and I can leave both pups outside to get fresh air and sunshine. That usually gives me a full five minutes of peace. That is until I have to chase him out of the flowers beds to keep him from digging up the plants. Maybe that’s my punishment for calling him a poo poo head. I DON’T SAY IT TO HIS FACE!!! 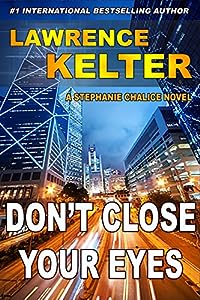 Murder mystery thrillers are often driven by tough, fast-talking, streetwise detectives with a sad story about their past and a penchant for nabbing perps. The cop on the case in “Don’t Close Your Eyes” is all these things and more. Meet Stephanie Chalice. She’s a smart, beautiful, 28-year-old NYPD homicide detective whose acerbic repartee
is like an arsenal of nuclear missiles–it convinces her male colleagues that she means business.

Behind all the bluster, though, is a young woman with fierce passions who shows the same tremendous dedication to her ill mother as she does her job. Chalice is an excellent detective, but it comes at a cost. She suffers recurring nightmares, and obsesses that the diabetes that killed her father and weakens her mother will one day come for her.

When a second woman is found dead with a rag in her mouth and another cryptic note nearby, Chalice realizes a serial killer stalks Manhattan’s Upper East Side. Her detective work combines intelligence, persistence, a skilled partner, and well-connected friends. Secret allies also work on her behalf to thwart dangers that lie just beyond her periphery. As she follows a trail of clues and corpses to the murderer, she also pursues her own demons, uncovering startling truths about who she really is. 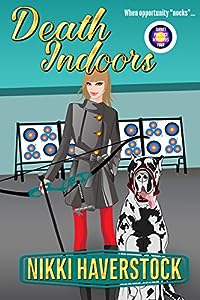 Di is competing in her first tournament of the competition season, but an annoying coach is distracting her and every archer around her.
When he is found dead of a heart attack brought on by Taser, then Di, Liam and Great Dane Moo hatch a clever plan to discover which of the many suspects with motive and opportunity helped the coach shuffle off his mortal coil.

A humorous cozy murder for every sleuth in the family

This is the fourth book in the Target Practice Mysteries series. 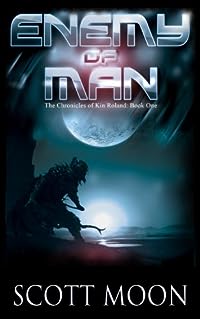 Kin Roland is being hunted across the stars. And some of the monsters that want him are human.

Once, Kin Roland was legendary in Earth Fleet. A trooper without peer, a warrior without equal. He led the men and women of his unit across the war-torn world of Hellsbreach against humanity’s most feared enemy, the Reapers.

Until the day he took a stand.

Captured, tortured, and sentenced to death by Void Burial, he escaped and fled to Crashdown, a lost planet lying in the mouth of an unstable wormhole. Now, hidden among the castaways of Crater Town, he’s a fugitive, wanted by Earth Fleet and the Reapers alike.

A distant space battle propels a ravaged Earth Fleet Armada through the wormhole and a Reaper follows, relentless hunting the man who burned its world. Kin fights to save his new home and learns there are worse things in the galaxy than the nightmare stalking him.

The end is coming, and Roland’s sins will change the galaxy, for both monster and man, forever. 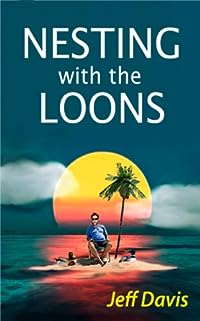 Nesting with the Loons
by Jeff Davis

With its acid edge and wicked humor, Jeff Davis’s rapid fire depiction of bureaucracy gone wild digs underneath the fingernails of the typical blue collar worker, satirizing both modern-day relationships and business life. Specifically, if we can’t stand our jobs and families, live for the day to escape!

Luckless in love and trapped in a dead-end office job, Jack Snaggler thinks his fortune is about to change when he meets a drop-dead gorgeous brunette named Paradise at a local bar. But when a shady fast food chef goes missing and coworkers start disappearing, Jack finds himself framed for murder. If he wants to stay alive long enough to see Paradise again, he’ll first need to escape a conspiracy, that at each turn, involves almost everyone he knows.

Part dysfunctional love interest, part corporate mindset, and part 60’s cool. The road to paradise has never been so tainted or hilarious.

Living under the umbrella of a criminal conspiracy and politically incorrect world are Ed Shoemaker, a disgruntled office worker conspiring to off his wife and flee to Fiji; Eileen Klump, a cleaning lady in the throes of menopause who suffers from periodic mental breakdowns between intermittent stays at the local mental facility; along with Lance Sheppard, a would-be entrepreneur who makes his living the good old fashioned way: disability fraud.

Regardless of the premise, the book continually punctures the fabric of what’s simply funny with a pervasive shadow of underlying truth.

Wedged neck-deep in the chaos, Jack Snaggler fights to stay afloat in a murky pool of corrupt businessmen, trigger-happy feds, sleazy seaside hotel rooms, and incompetent crooks, all the while stomping for the pursuit of true love and happiness.

Escapist entertainment and a classic roasting of Middle America, this book is for anyone who has one of those days where the kids just scribbled crayon all over the wall, traffic is bumper to bumper, the boss has you under a microscope, everything is going wrong, and that little voice in the back of your head is screaming, “ENOUGH!” Take the first exit ramp off the interstate to the nearest airport and disappear to some deserted island where they’ll never find you. 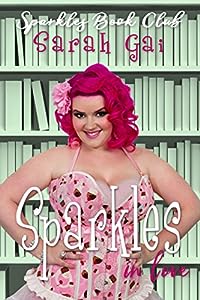 A Romantic Comedy with a plus size heroine! You will fall in love INSTANTLY!

Meet Jess. Accident prone and unlucky in love. Her life has hit a stalemate. What better way to change things up than by playing Matchmaker. But Jess gets more than what she’s bargained for. It also doesn’t help that she lives next door to the worlds sexiest man. When things go wrong and Jess is faced with her own feelings, will she admit them?, Run? or finally catch a break!

‘Fall in love with this tutu toting, pink wig wearing cutie and come along for some major laughs, with her and her friends!’ 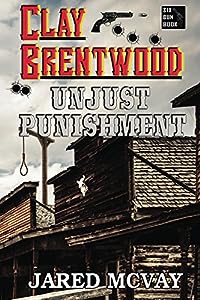 CLAY BRENTWOOD
RANCHER TURNED GUNMAN ON THE VENGEANCE TRAIL!
Just when Clay Brentwood thought things were about to quiet down, new trouble comes his way in the form of Austin, Texas judge, Horatio B. Tyson. The judge sends Bill McDaniel, head of the Texas Rangers, on a manhunt with two murder warrants; both for Clay Brentwood. The judge’s last words to Bill McDaniel were, “Bring him back, dead or alive. And I don’t care which.”