If A Bat Wore A Hat And Liked Me

While I was trying to catch up on the latest world news (new cat videos) from my favorite and most reliable news source (Facebook) I watched a video of a woman who had a squirrel stuck in her hair, and she was non to happy about it. She was laying on the ground, so upset, with her friend poking it with a stick, trying to coax it out. It was not leaving. Each poke sent it further and further into her hair. It was obvious that little bugger was not coming out. I don’t know she was fighting it. Quite frankly, if a cute fuzzy little squirrel wanted to make my un-tamable hair his new home I would have just let him. I might even have set him up with a collar and half my lunch to be sure he felt at home. 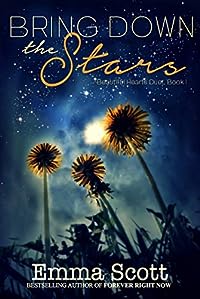 I fell for Connor Drake. I didn’t want to; I fought against it, but I fell in love with him anyway. With his words. With his poetry. With him. The gentleness and beauty of his soul that speaks directly to mine. He writes as if he can feel my heart, hear its cadence and compose the exact right lyrics to accompany every beat and flow.

I’m in love with Connor… so why do I feel an inexplicable pull to his best friend, Weston? Grouchy, sullen, brooding Weston Turner, who could cut you down with a look. Fiercely intelligent with a razor sharp wit and acid tongue, he’s the exact opposite of Connor in every way, and yet there’s electricity in the air between us. The thorny barbs Weston wraps around himself can’t keep me away.

But the more time I spend with these men, the more tangled and confused my emotions become. When they both sign up for the Army Reserves during a time of increasing strife in the Middle East, I fear I’ll never unravel my own heart that sometimes feels as if it will tear straight down the middle… for both of them. 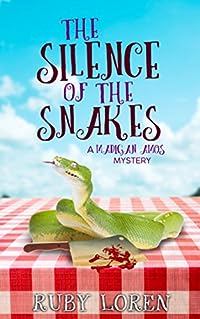 There’s something strange going on at Snidely Safari Park. A mystery illness is spreading through the staff.

When a zookeeper collapses inside the lion enclosure, Madigan Amos is the only one close enough to make a decision that could save the keeper, or condemn them both.

Then, one stormy night, a stranger turns up at the zoo bearing a sickly green mamba… but Madi smells a rat.

There’s a snake in the grass at Snidely.
Madi must find out who’s playing who, or risk being bitten. 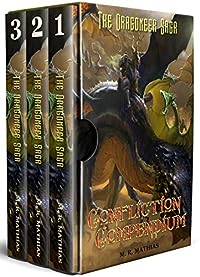 Hold on to your dragon! You’re about to journey through a brave new world of hearty survivors straight into a dragon-riding, troll-fighting adventure for the ages.

But an Ivory antlered demon called Gravelbone, has a different plan for the men who are invading his territory. He and his Nightshade are rallying the trolls to defend their lands. With the help of the dragons, goblins, and orcs they plan on rendering the wall the humans have built useless so they can drive man back to the islands from where they came.

When stubborn King Blanchard finally accepts the kingdom really is under attack it may be too late, and the only ones who can save the people on the Mainland have been locked away in the dungeon.

Join several brave young men and their mentor, a grizzled old King’s Ranger, and a particularly clever young magic wielding woman named Zahrellion, as they traverse the wild frontier, and sail to King’s Island to warn the king of the warring trolls. Then hold on for your life as you tear through the pages, because the pure blooded dragons they have befriended have another plan all together.

The Dragoneer Saga is a complete 6 book series. Book one The Royal Dragoneers, was nominated for the Locus Poll, a coveted fantasy genre award, and featured in the first ever Publishers Weekly – Indie Select issue. It was also listed as a Fantasy Book Critic Top 10 selection, the year it was released. Other Dragoneer Saga series books are winners of The 2015 Reader’s Favorite Award for Young Adult – Action and semifinalist for The 2015 Kindle Book Award. 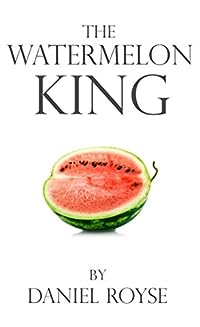 After being laid off from his job at a prestigious consulting firm, Dean decides to embark on a journey across East Africa with his younger brother. Unknowingly, they travel into bandit territory where a medical emergency forces them to choose between their safety and their health.

Inspired by true events, The Watermelon King follows the journey of two brothers as they backpack across one of East Africa’s most inhospitable regions. As they endure endless days of difficult travel, a series of short stories written by their father begins to uncover their inherent desire for adventure and their connection to the past. Along the way they begin to understand the beauty and frustration of life in Africa. 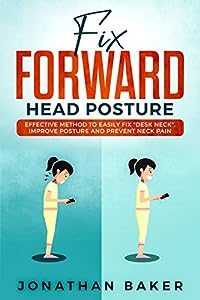 Do you suffer from tight shoulders, upper back pain, or stiffness in the neck? Do you get headaches, migraines, or have really bad posture?

It might be as simple as keeping your head too far forward. Forward head posture is when your head is in an unnaturally forward position. The neck protrudes forward causing pain and stress in the tissues of the neck, back, and shoulders. Most of us naturally adopt this position when we spend too much time sitting at a desk in front of a computer, sitting at home playing computer games, or even just texting. If you’ve ever heard the nicknames “nerd neck,” “text neck,” “reading neck,” and “driving neck,” then you might be suffering from something that’s easy to fix – forever.

It’s a shame that intelligent people would be hurting themselves by getting smarter, but that’s one of the downsides to technology. In this amazing DIY posture correction manual called Fix Forward Head Posture, you will discover:

• Exactly What ‘Forward Head Posture’ Is, and How You Can Fix It – Permanently

• How to PROPERLY Correct Forward Head Posture With Specific Exercises and what exercises and stretches you MUST do.

• Strengthening and Stretching Exercises to Toughen Up Your Neck

• MAINTENANCE So You Don’t Relapse Into Bad Posture

• Adjustments So Simple, They Work In Your Sleep