Their Story To Tell

I found some really good Biographies & Memoirs today I think you might enjoy. 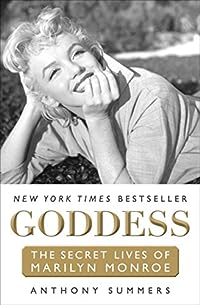 Goddess: The Secret Lives of Marilyn Monroe
by Anthony Summers

New York Times Bestseller: The definitive biography based on over six hundred interviews with people who knew Marilyn Monroe both professionally and intimately.

Marilyn Monroe, born in obscurity and deprivation, became an actress and legend of the twentieth century, romantically linked to famous men from Joe DiMaggio to Arthur Miller to John F. Kennedy. But her tragic death at a young age, under suspicious circumstances, left behind a mystery that remains unsolved to this day.

Anthony Summers interviewed more than six hundred people, laying bare the truths — sometimes funny, often sad — about this brilliant, troubled woman. The first to gain access to the files of Monroe’s last psychiatrist, Summers uses the documents to explain her tangled psyche and her dangerous addiction to medications. He establishes, after years of mere rumor, that President Kennedy and his brother Robert were both intimately involved with Monroe in life — and in covering up the circumstances of her death.

Written by a Pulitzer Prize nominee who has authored works on JFK, J. Edgar Hoover, and the 9/11 attacks, this investigation of an iconic star’s brief life and early death is “remarkable… The ghost of Marilyn Monroe cries out in these pages” (The New York Times). 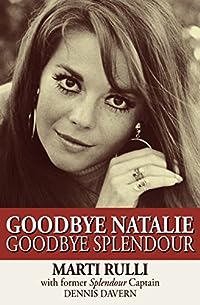 The shocking true crime story of a beloved Hollywood star gone too soon — told by the captain of the boat on which Natalie Wood spent her last night.

Goodbye Natalie, Goodbye Splendour is the long?awaited, detailed account of events that led to the mysterious death of Hollywood legend Natalie Wood off the coast of Catalina Island on November 28, 1981. It is a story told by a haunted witness to that fateful evening: Dennis Davern, the young captain of Splendour, the yacht belonging to Wood and husband Robert Wagner. Davern initially backed up Wagner’s version of that evening’s events through a signed statement prepared by attorneys. But Davern’s guilt over failing Natalie tormented him.

Davern reached out to his old friend Marti Rulli, and little by little, at his own emotional pace, he revealed the details of his years in Wood’s employ, of the fateful weekend that Natalie died, and of the events following her death that prevented him from telling the whole story — until now.