2 am, Monday morning. My brain woke me up to talk. I wasn’t much in the mood, but you know how persistent brains can be. It didn’t want to discuss any projects as I had predicted. Nope, nothing fun like that. It actually wanted to talk about whether or not my oldest basset had completed his reading goal for this school year. I tried to explain that 2am wasn’t really a good time for me to talk about it, but it just wouldn’t let up. The only one who could answer that question was my oldest basset, and I wasn’t about to wake him up to ask. Although waking him at 2 am would have been the perfect payback for all the times as a baby he kept me awake. I thought about it for a second, then decided against it. To distract my brain so I could go back to sleep, I started singing a Culture Club song from the 80’s. A move I would only partially regret. 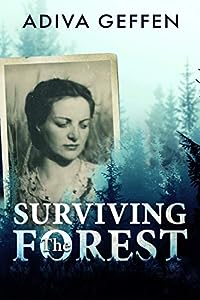 Surviving The Forest: A WW2 Historical Novel, Based on a True Story of a Jewish Holocaust Survivor
by Adiva Geffen

She was a beautiful and happy young woman who lived a fairytale life. Shurka, her beloved husband and their two small children lived in a pretty house in a village in Poland, surrounded by a little garden with lilies. This was their life and nothing could harm it, or so they thought…

WWII broke out and though the happy family thought the Germans would never reach their idyllic village, they quickly understood they were wrong and their happiness came to a brutal end. The family had to flee their house and find shelter in a neighboring Ghetto where they realized that the Gestapo was taking Jews away on trucks every night, and they were never seen again.

The family decided to escape into the deep dark forest. There, surrounded by animals, they knew that this was their only chance to get away from the real beasts. They had no idea what would await them, but they knew that doing nothing was not an option if they wanted to survive.

On the planet Fortune, tech is low, tensions high, and heroes unlikely.

Wrongly convicted of treason, Gideon Quinn has spent six years harvesting crystal under the killing suns of the Morton Barrens, until the day a general of the Colonial Corps arrives with an offer of freedom — and a chance to clear his name.

Gideon doesn’t have to think twice. He takes the offer and with his pet draco, Elvis, on his shoulder, boards an airship for the city of Nike in search of revenge… and justice… but mostly revenge.

What he finds is plucky street-thief, a city steeped in corruption, and a trio of assassins bent on stopping Gideon from discovering the menace buried at the heart of the Colonial Corps.

Can Gideon survive long enough to uncover the real traitor before they can bring Fortune’s new and fragile peace to an explosive end?

Soldier of Fortune is the first standalone novel in the science-fantasy series, The Fortune Chronicles. If you like down-at-heels heroes, comic banter, and roller-coaster action, you’ll love this genre-mashing thrill ride to the brave new world of Fortune. 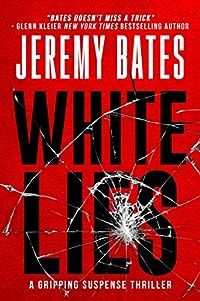 You never know where a lie may lead…

While driving to a charming village tucked away deep in the Cascade Mountains of eastern Washington, where she is to begin a new job teaching high school English, Katrina Burton picks up a young hitchhiker who turns out to be a drunken creep. Fearful for her safety, she lies about her destination in order to get him out of the car. But when she later discovers that he is a teacher at the same school, she finds herself feeding that initial lie with more lies.

Then Katrina meets Jack Reeves. Handsome, charismatic and strong, he is exactly what she needs to extricate her from the expanding network of lies. She falls fast and hard for him. But when Jack lands himself in the middle of a grisly murder, she must decide whether to turn him in — or tell yet another lie. 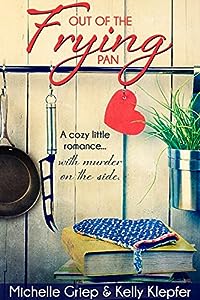 Out of the Frying Pan: A cozy little romance … with murder on the side.
by Kelly Klepfer, Michelle Griep

When the chef of Sunset Paradise Retirement Village ends up dead, life for sisters Fern and Zula Hopkins is whipped into a froth. Their zany attempts to track down the killer land them in hot water with Detective Jared Flynn. Should he be concerned about their safety or the criminal’s?

But there are deadly ingredients none of them expect. Drugs. Extortion. International cartels. And worst of all… broken hearts — especially when the Hopkins sisters’ niece KC arrives on the scene.

Before the snooping pair gain any headway with the case, it becomes crystal clear that the sisters share a mysterious secret that takes life from the frying pan and into the line of fire. 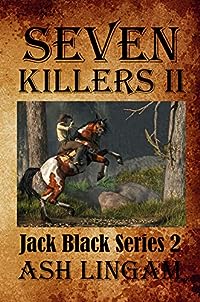 One-Eyed Marshal Jack Black and the Chicago scribbler, Harold Stampede have taken on yet another mission. Now from the newspaperman’s new boss of the New York Tribune. They are to head south for Texas where they intend to meet with three of the most wanted men in the Lone Star State. Outnumbered six to two, Marshal Black schemes to outwit these nefarious outlaws and at the same time provide sensational stories for Stampede.
Emma Abbott continues to spin her web of romance around the shy Chicago dime novelist. No matter how far west his work takes the two.
This second book of Seven Killers finishes the story of Harold Stampede and his adventures in the Wild West with the famous lawman and gunslinger, Marshal One-Eyed Jack Black. The second and final installment of Seven Killers. But not the last of the Marshal. One-Eyed Jack Back in “LAWLESS” will be coming soon.