Here are a few price drops to start the week off right. 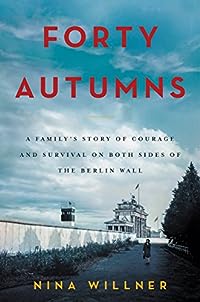 Forty Autumns: A Family’s Story of Courage and Survival on Both Sides of the Berlin Wall
by Nina Willner

In this illuminating and deeply moving memoir, a former American military intelligence officer goes beyond traditional Cold War espionage tales to tell the true story of her family — of five women separated by the Iron Curtain for more than forty years, and their miraculous reunion after the fall of the Berlin Wall.

Forty Autumns makes visceral the pain and longing of one family forced to live apart in a world divided by two. At twenty, Hanna escaped from East to West Germany. But the price of freedom — leaving behind her parents, eight siblings, and family home — was heartbreaking. Uprooted, Hanna eventually moved to America, where she settled down with her husband and had children of her own.

Growing up near Washington, D.C., Hanna’s daughter, Nina Willner became the first female Army Intelligence Officer to lead sensitive intelligence operations in East Berlin at the height of the Cold War. Though only a few miles separated American Nina and her German relatives — grandmother Oma, Aunt Heidi, and cousin, Cordula, a member of the East German Olympic training team — a bitter political war kept them apart.

In Forty Autumns, Nina recounts her family’s story — five ordinary lives buffeted by circumstances beyond their control. She takes us deep into the tumultuous and terrifying world of East Germany under Communist rule, revealing both the cruel reality her relatives endured and her own experiences as an intelligence officer, running secret operations behind the Berlin Wall that put her life at risk.

A personal look at a tenuous era that divided a city and a nation, and continues to haunt us, Forty Autumns is an intimate and beautifully written story of courage, resilience, and love — of five women whose spirits could not be broken, and who fought to preserve what matters most: family.

Forty Autumns is illustrated with dozens of black-and-white and color photographs.

Claire Daniels was stunningly attractive… blonde hair, blue eyes and a curvaceous body she worked on relentlessly. Claire was the desire of every man in town. As the Twin Cities’ most prominent political and investigative reporter she reported the news… now she was the news.

Murder. Greed. Treason.
Thirty-two-year-old, fourth-generation St. Paul Homicide Detective “Mac” McRyan thought his day was going to be less stressful. The day would involve paper work, coffee, and maybe even an early trip to the pub. Then his cell phone rings… A body has been found in a high-end condominium between Summit and Grand Avenues; and it’s not just anyone. With the Daniels brutal murder on top of the latest serial killer attack, the media pressure on the police department only builds and places Mac in the middle of a dangerous and high-stakes murder investigation that will ultimately have national political and security implications. 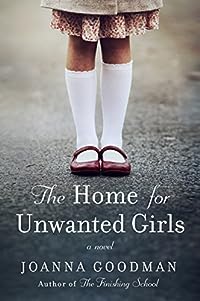 The Home for Unwanted Girls
by Joanna Goodman

Philomena meets Orphan Train in this suspenseful, provocative novel filled with love, secrets, and deceit — the story of a young unwed mother who is forcibly separated from her daughter at birth and the lengths to which they go to find each other.

In 1950s Quebec, French and English tolerate each other with precarious civility — much like Maggie Hughes’ parents. Maggie’s English-speaking father has ambitions for his daughter that don’t include marriage to the poor French boy on the next farm over. But Maggie’s heart is captured by Gabriel Phénix. When she becomes pregnant at fifteen, her parents force her to give baby Elodie up for adoption and get her life ‘back on track’.

Elodie is raised in Quebec’s impoverished orphanage system. It’s a precarious enough existence that takes a tragic turn when Elodie, along with thousands of other orphans in Quebec, is declared mentally ill as the result of a new law that provides more funding to psychiatric hospitals than to orphanages. Bright and determined, Elodie withstands abysmal treatment at the nuns’ hands, finally earning her freedom at seventeen, when she is thrust into an alien, often unnerving world.

Maggie, married to a businessman eager to start a family, cannot forget the daughter she was forced to abandon, and a chance reconnection with Gabriel spurs a wrenching choice. As time passes, the stories of Maggie and Elodie intertwine but never touch, until Maggie realizes she must take what she wants from life and go in search of her long-lost daughter, finally reclaiming the truth that has been denied them both. 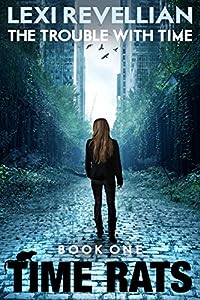 The Trouble with Time (Time Rats Book 1)
by Lexi Revellian

It’s 2045. Jace Carnady works for the Time Police, dedicated to the prevention of timecrime. Life is good; he loves his girlfriend and enjoys his work. But when the team gets wind of a rogue time machine and fails to find it, Jace suspects one of his colleagues may be involved, and his life begins to unravel…

In 2015, Floss Dryden is snatched from her own time and taken to the future – but will this really prevent the extinction of humanity?