Unicorn Meat Is Out Of This World

I finally did something right with the herb garden, but I have no clue what it was that I did. I have tried for years to grow my own herbs. I gave them the best soil, bad soil, shade, sun. Anything and everything they could have asked for, but have never had success. This year though is different. My herbs are going crazy. I will have to acquire a food dehydrator soon so I don’t waste them all. I said acquire, not buy. If I buy one, I am certain all the herbs will find out and then die on me just to torture me. I am going to borrow one. Much safer that way. I guess I shouldn’t question it and just be happy. I am almost too scared to mention that my first attempt at butternut squash has been going fantastic. There are lots of huge healthy blooms and little squashes starting on most of them. Please don’t tell the squash I said that. 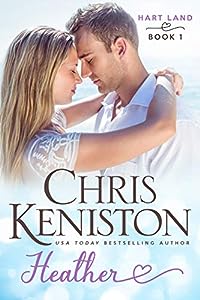 Boston cardiac surgeon Heather Preston has invested everything to achieve her dream of working at a world renowned hospital. When an unsettling call from her grandfather the retired general brings her back to her childhood lakeside home, she rediscovers the appeal of life in a small town, the joys of free-spirited youth — and Jake Harper.

After serving in the military, Jake Harper has returned home. The slower pace and neighborly spirit makes Lawford the perfect place to settle down. Pitching in may be second nature to the former Marine, but while helping out at Hart House he discovers things may not always be as they seem, especially one irresistible surprise — Dr. Heather Preston.

As a Special Bonus Heather includes a treat from Lily’s Recipe Box! 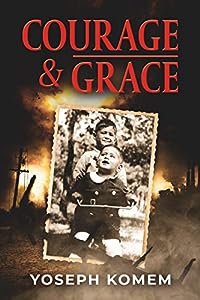 An unbelievable survival story in the face of the Holocaust

While the Holocaust rages, two very young brothers, Yoseph and Yitzhak, adopt false Christian identities and hide in the Aryan side of Polish cities and countryside.

Their lives, as well as the lives of their parents, swing wildly between the terror of being apprehended by the cruel regime and collaborators of the Reich, to their desperate need to continue living “freely” outside the ghetto walls.

They undergo an agonizing five and a half years, mostly in constant fear that their false identities will be exposed and their lives ended.

“Courage and Grace” is the chilling story of one small family’s bid for survival against the brutal Nazi occupation, aided by the courageous, uncompromising support of non-Jewish acquaintances and strangers all the way through to their rebirth in the new State of Israel. 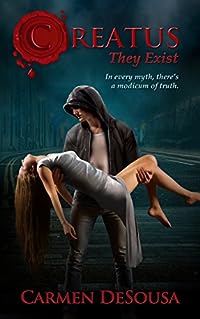 Derrick is one of the creatus, created beings who have lived on the earth for more than four thousand years. Many questions surround the origin of these sentient beings who are stronger than humans, eat differently, and live longer. But they were created just as we were, maybe even before us. It is from them we obtain our fairy tales–and our nightmares. They are the reason we believe in superheroes–and monsters. Because… they exist.

In the past, they kept the human race safe from an anonymous distance. But now Derrick must come out of the darkness to save a woman he has no business loving, even if doing so may threaten his entire race.

The Creatus Series is not your normal paranormal story… it’s a realistic romantic mystery based on the myths you’ve heard your entire life. Prepare to believe…
Bonus Material! Creatus includes the prequel: Creatus (They Exist) and a sneak peek at Creatus Rogue. 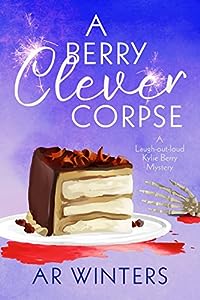 Welcome to Sarah’s Eatery, where the food is to-die-for!

Kylie’s move to Camden Falls didn’t go quite as she expected: now she’s got two hunky men fighting for her affections, more culinary mishaps on her café’s Oops Board, and ex in-laws who won’t leave her alone.

And, of course, there’s the latest murder that Kylie gets drawn into…
When local real estate bigshot “Mean Mike” Pratt is found dead in his office, accusations fly from every other storefront — in no small part because he owned them!

Kylie’s hairdresser, Susie, is dragged into the accusation game as one of the many whose shops were owned by Mike. He and Susie were seen shouting in the street over a rent hike, and word travels fast in Camden Falls…

Did Susie really kill Mean Mike? Was it Susie’s boyfriend, trying to protect his girl from Mike’s predatory practices? Or maybe it was the hip coffee shop owner, or even Susie’s rival beauty salon owner? And why is Mike’s neighbor Tina ducking Kylie and the cops?

While she learns the secrets of baking, Kylie, with best friend Zoey by her side, uncovers the secrets behind who really killed Mean Mike! 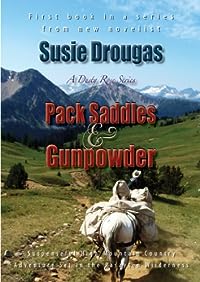 A piercing scream filled the mountain air freezing Dusty and Mike in their tracks. Spurring their horses into a full gallop, they headed straight for the trapper cabin at Sheep Lake. Dusty could only pray they weren’t too late!
Set in the modern day mountains of Washington state, Dusty Rose and his sidekick, Mike Dracopoulos, ride and pack their horses in the high country. Living in Eagleclaw, a small town on the outskirts of Seattle, Dusty has a law practice and Mike is his private investigator. With a bad divorce under his belt, he feels like he’s pretty much got life figured out–until meeting the beautiful Cassie Martin in a Seattle courtroom and then high up on a trail in the Cascade Mountains.
Cassie is a fiercely independent horsewoman and attorney. Dusty is drawn to her and isn’t sure why, until their trails cross again in the middle of the Pasayten Wilderness. Cassie’s quick thinking and courage come into play in a deadly confrontation and Dusty finds himself rethinking staying single all his life.
What starts out as a summer visit to his Uncle’s outfit, turns into a life and death struggle for survival in the high country. The mountains are a jealous mistress and although many come to enjoy the bounty — all are not allowed to leave.