High stakes, high energy, and a highly humorous good time! From Belize to Macau, this is one globe trotting adventure you don’t want to miss 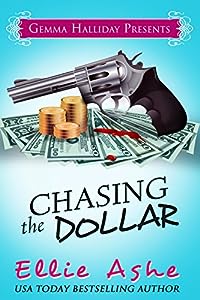 Miranda Vaughn has spent the last year and a half fighting for her freedom. Arrested for a fraud scheme involving her supervisors, she’s lost her job at a prestigious investment firm, her fiancé, and her reputation. She walks out of the courtroom a free woman, only to find that life has a few more curve balls to throw her way. The jury may have found her not guilty, but Miranda is broke, in debt to her beloved aunt, and can’t find a job because of the cloud of suspicion still swirling around her.

She’s not going to be able to move forward with her life until she finds out who set her up. Buried in the evidence against her, Miranda finds a larger scheme, one involving far more money than the $37 million her boss fleeced from unsuspecting investors. Determined to uncover the truth, Miranda begins her own investigation — leading her to Macau and Belize, and into the arms of one sexy FBI agent, who may or may not prove to be trustworthy. When the danger heats up, Miranda finds herself in a race against time to find the person behind it all. Before he finds her…