Can We Stop It?

Casper is piling his toys up in front of the front door. I think he knows it’s Monday. Nice try sweetie, but Mondays are still gonna happen. 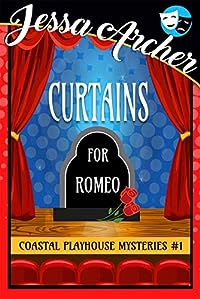 Acting jobs are scarce now for former TV teen detective Antigone Alden. So when a teaching position opens up at Southern Coastal University, Tig packs up her teenage daughter and heads home to the Outer Banks of North Carolina.

The house she inherited from her mother isn’t entirely empty, however. Her mom seems stuck between this life and the next, and now Tig is a local reporter’s prime suspect in the murder of the former theater professor. Given his reputation as ladies’ man, there are plenty of people with a motive.

Tig isn’t a detective. She just played one on TV. Will that be enough to help her find the killer? 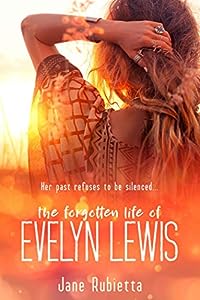 The Forgotten Life of Evelyn Lewis
by Jane Rubietta

Her past refuses to be silenced.
In a desperate attempt to save her company from bankruptcy, designer Evelyn Lewis decides to sell the only memento from her past worth anything — the family farmland. Determined to get in and get out of the abandoned property, she finds the valuable land tangled in a trust, and wonders who she can really trust, Not the property manager and affable southern gentleman, Taylor Simpson.

Caught up in the mechanics of a farm, a legal document she can’t break, and pressure from her company for money, Evelyn turns to her own wiles and willpower… but can she resist the South’s wooing?

Written for the General Market (G) (I): Contains little or no; sexual dialogue or situations, violence, or strong language. May also contain some content of an inspirational nature. 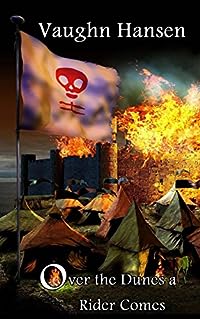 Over the Dunes a Rider Comes
by Vaughn Hansen

What would you ask for if you were given one wish? Wealth? Power?

That is the question Ashes, a wandering mercenary must ask himself when he stumbles upon a hidden oasis and its strange secret; a jewel with the power to change reality any way its finder wishes.

“Give this world peace”

But when Ashes’ wish is granted, he soon learns that not all men seek peace and that peace can come at a great price.

Authors note… The Author named every character, human, Animal and land mark In honor and memory of all the Animals we have now on the farm or moved on to the next life… 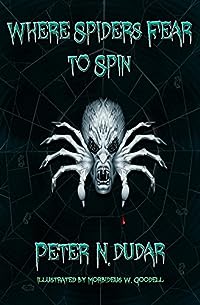 Where Spiders Fear to Spin
by Peter Dudar

WHAT IF THE PERSON YOU WRONGED IN LIFE WAS WAITING ON THE OTHER SIDE, JUST BEYOND THE COBWEBBED VEIL OF DEATH, TO DRAG YOU TO HELL?

Sadie Mills, the one-time soap opera star of Forbidden Steam, is terminal and waiting to die. Her private life has been haunted by the tragic death of her husband, Andrew, and the subsequent dogging by tabloid reporters over her lascivious past. Her daughter Theresa is now her full-time caregiver and health proxy — a curse of indentured servitude that has driven their damaged relationship to the razor’s edge. Theresa has never forgiven Sadie for driving her father to an early grave, and is praying that her mother’s death will finally undo the web of deceit that Sadie has created. And now, at the hour of her death, Andrew’s angry ghost has returned for Sadie, longing to introduce her soul to unspeakable horrors. 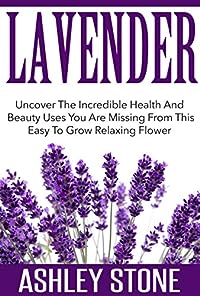 Lavender: Uncover The Incredible Health And Beauty Uses You Are Missing From This Easy To Grow Relaxing Flower
by Ashley Stone

Most herbs have a range of beneficial medicinal qualities that have been recognized within traditional medicine for thousands of years, and lavender is no exception. Unlike modern pills and potions, many herbal remedies contain natural, organic produce and for this reason alone a widespread interest in their use has developed in the last forty or so years.

Lavender, in particular, is known for its antiseptic, anti-inflammatory and disinfectant qualities. Used topically on the skin it has been shown to ease small burns, bites, cuts and grazes and is also believed to be useful as an acne treatment. Lavender oil can also be used to treat indigestion and heartburn, while both the oil and flowers can help to reduce nausea and headaches. Lavender also has been regarded for many years as a relaxing herb which aids healthy sleep. In recent years some small academic studies have been undertaken which appear to support this fact.

Both anxiety and insomnia seem to be positively affected by the use of Lavender and using a Lavender pillow (or scent) seems to reduce insomnia and promote deeper, healthier sleep. Studies have also been conducted on the effects of Lavender on eczema and alopecia (hair loss caused by an autoimmune disease) and both have shown positive results.

• The History of Lavender

• How to Grow Lavender

• Lavender as a Healing Herb

• How to Preserve Lavender

And much, much more!

This incredibly diverse herb should absolutely be included in anyone’s arsenal. This book gives a great overview of the many uses of lavender.