Do You Need A Ticket?

Seems to me we are getting a lot of time travelers coming around, showing pictures of the future. It’s a little odd that they are going on vacation and showing pictures of their home. A Little backwards if you ask me. I am a bit of a traditionalist. I like to go on vacation, take pictures, then go home a show people all the awesome things I saw. It’s like people of the future are living a real life opposite day. Has anyone been paying attention to what these time travelers have been doing? Have they been stockpiling coffee or something? I heard that, because of climate change, we will no longer be able to grow coffee beans in the future. If this is true, maybe we should buy a bunch and store it as a kind of currency for our future children. Here ya go Johnny and Jane, your inheritance is a storage unit full of coffee. Go be rich!!! 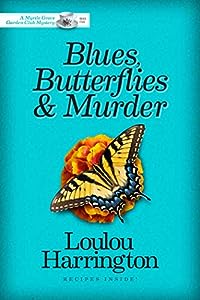 Jesse Camden is minding the store at the Gilded Lily Antiques and Vintage Shop when a stranger enters and begins asking questions about Lindsey Hatch, Jesse’s friend, business partner and the barista at the tearoom next door. It’s a bad beginning to a day that just gets worse when, within hours, two people are found dead.

While trying to learn more about the man who’s stalking Lindsey, Jesse and Vivian Windsor find his body in a motel room. When it turns out they are also the last two people to see another victim alive, they become prime suspects in both deaths. Before the afternoon is out, Lindsey joins Jesse and Vivian at the sheriff’s office to defend themselves, and the ladies of the Myrtle Grove Garden Club go on high alert to solve a twelve-year-old mystery and bring a killer to justice before one of them is charged for a murder they didn’t commit. 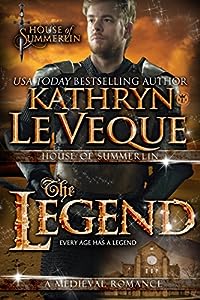 The Legend (House of Summerlin Book 1)
by Le Veque, Kathryn

1270 A.D. – An epic story of loss, love and redemption. On the Seventh Crusade, Sir Alec Summerlin makes a horrible mistake that costs him everything.

Once the greatest swordsman in the realm, he lays his weapon down and refuses to ever wield a broadsword again. Surrendering his spurs, he retires to his father’s castle in self-imposed exile. His father, however, has other ideas for his greatest son and betroths him to a local ale heiress.

The Lady Peyton de Fluornoy is as resistant to marriage as Alec is, but she gradually begins to warm to the man who has given up on life. Alec comes to know a lady of spirit, beauty and intelligence. Before their marriage can happen, however, Alec’s father is blackmailed by a neighbor who wants Peyton for his own son. Now deeply in love, Alec elopes with Peyton and an entirely new world of danger and passion opens up for them both.

As the conflict with the neighbor heats up, deep and horrific secrets are revealed, and Peyton ends up in grave danger. Alec must recant his vow and draw his sword again to save the woman that he loves as The Legend is once again reborn. 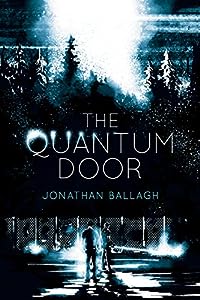 Discover what lies beyond the Quantum Door. The mysterious woods behind Brady and Felix’s house have been deserted for years. But things change when a fence goes up and the brothers notice strange things happening at night. From the moment they dare cross the fence, the brothers enter a world of dark technological secrets that will rock the foundation of everything they know to be true. And once they enter, there’s no turning back. Some places are better left alone… 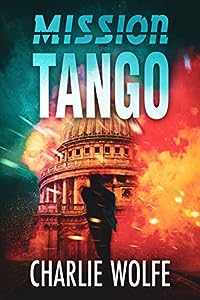 Le Docteur is a professor who fed up with the ways of the Western world, and decides to establish a terrorist network to outperform ISIS and fight the enemies of Islam. The talented professor plants fear across Europe through several murderous attacks, leaving an entire continent paralyzed.

In order to carry out his diabolic master plan, Le Docteur has recruited an Eastern German nuclear physicist to help him build an atom bomb that will shake the world and change the course of history forever.

David Avivi, a senior officer in the Israeli Mossad, is leading the chase after the bloodthirsty terrorist band, aiming to capture its leader and prevent the impending catastrophe.

As Europe faces nuclear disaster and the fate of hundreds of millions of people rests on his shoulders, David knows that any failure on his part will bring the whole world to an atrocious holy war. 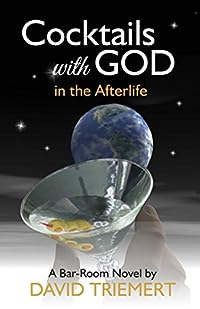 If God invited you over for cocktails, but the only way to join him was to die, would you? Why not, if there is no death but only a change of worlds? Spirit, energy, and consciousness never die! And eternity is not something that begins after we leave here. It’s going on all around us. We are in it now! This is our spiritual reality!

In his first bar-room novel, Cocktails with God in the Afterlife, author David Triemert takes you where most writers fear to tread — the other side of the veil! But he doesn’t just take you there figuratively, he’s been there, literally, and he takes you along for the ride of your life!

In this action-packed, spirit-driven page-turner, Triemert peppers with comedy, the seriousness of his real-life, near-death experience following a motorcycle accident when he was a teen. A journey thereafter to the other side is where he first encountered the divine creator. This became the catalyst that led him to a spiritual path that became the foundation for his Cocktails with God bar-room novel series.

When Triemert’s central character, handyman Buddy Wilde, suffers a ruptured brain aneurysm, he exits his lifeless body and wakes up on the other side. There he is met by a geeky spirit guide, who insists that Wilde review his entire life as it was on Earth. Prior to meeting the Almighty, he must first relive all the pain he caused others. This leads to all-out anarchy and a firefight with God, who is quick to forgive Wilde, and then invites him to a large party hosted in his honor. For what seems like days on end of excessive drinking, God takes him on an intoxicating journey that leads to one epiphany after the next and a clear understanding toward the true nature of our creator.

Cocktails with God in the Afterlife offers a wholesome surprise that can change your life. It shows you that no matter what happens in our lives, it’s all in divine order and meant to be, and that “nothing ever goes wrong in the eyes of God.” In addition to the incredible journey, you will also discover twenty-two, religious-themed, alcoholic drink recipes featured in the story. So, mix one up and enjoy the read!