Five Eggs In The Basket 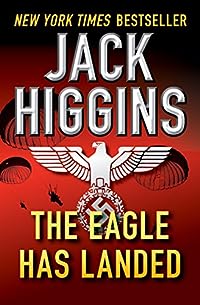 In November of 1943, an elite team of Nazi paratroopers descends on British soil with a diabolical goal: to abduct Winston Churchill and cripple the Allied war effort. The mission, ordered by Hitler himself and planned by Heinrich Himmler, is led by ace agent Kurt Steiner and aided on the ground by IRA gunman Liam Devlin.

As the deadly duo executes Hitler’s harrowing plot, only the quiet town of Studley Constable stands in their way. Its residents are the lone souls aware of the impending Nazi plan, and they must become the most unlikely of heroes as the fate of the war hangs in the balance. 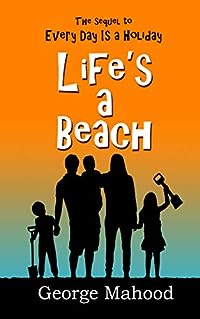 Life’s a Beach
by George Mahood

Join George, his long-suffering wife, and their three young children, as they pack their bags to begin an exciting new life in South West England. Picking up where Every Day Is a Holiday left off, George continues his celebration of an eclectic mix of weird and wonderful calendar days, proving that fun and adventure can be found in the most unlikely situations.

Life’s a Beach is a follow-up to Every Day Is a Holiday, but is equally enjoyable on its own. 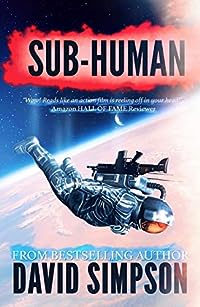 Before he was Old-timer, he was Craig Emilson, a young doctor, sucked into military service at the outbreak of World War III. Enlisting to become a Special Forces suborbital paratrooper, Craig is selected to take part the most important mission in American military history — a sortie into enemy territory to eliminate the world’s first strong Artificial Intelligence. The mission is only the beginning of Craig’s story, and for the story of humanity as well, as they accelerate towards a world that is post-human. 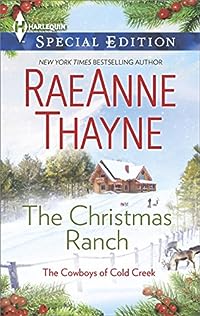 HOME FOR THE HOLIDAYS

Hope Nichols has never felt as if she belonged anywhere, except her hometown of Pine Gulch. So, when she hears that her family’s property, Christmas Ranch, is set to be shut down forever, a determined Hope heads home. She refuses to let the Grinch steal her holidaythis will be the most memorable ranch Christmas ever! And, thanks to hunky former navy SEAL Rafe Santiago and his adorable nephew, she might just pull off that miracle.

Rafe is undeniably drawn to Hope and her passion for rebuilding her family home. But he knows more about Hope’s tragic past than even she herself could imagine. And though she doesn’t know it, she owes him her life. And all he wants in return is for her to spend it with him 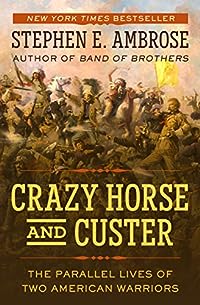 A New York Times bestseller from the author of Band of Brothers: The biography of two fighters forever linked by history and the battle at Little Bighorn.

On the sparkling morning of June 25, 1876, 611 men of the United States 7th Cavalry rode toward the banks of Little Bighorn in the Montana Territory, where three thousand Indians stood waiting for battle. The lives of two great warriors would soon be forever linked throughout history: Crazy Horse, leader of the Oglala Sioux, and General George Armstrong Custer. Both were men of aggression and supreme courage. Both became leaders in their societies at very early ages. Both were stripped of power, in disgrace, and worked to earn back the respect of their people. And to both of them, the unspoiled grandeur of the Great Plains of North America was an irresistible challenge. Their parallel lives would pave the way, in a manner unknown to either, for an inevitable clash between two nations fighting for possession of the open prairie.