I just watched an advertisement for a pair of women’s pants that have eleven pockets. ELEVEN!!!! I watched the video twice. The ad lists it as having 1 zippered pocket, one snap pocket, 2 snap pockets & 4 handwarmer pockets, 1 zippered, snap, inside snap pocket. That’s kinda weird to list them like that. Must be because they are different sizes. Either way I am in love.  It also has a stretchy waistband and adjustable ankle ties. I have never been so happy in my life. What has become of me? I used to wear pants so tight I my short term memory was affected, and I could barely fit my Chapstick in any of the pockets. It was often a choice between being able to breath and having healthy lips. I wore cute shirts that made me look fun and flirty. Now I am excited about all the things I can store in all eleven pockets of those pants. So many possibilities. My Target list. My Costco List. I could store my keys in one pocket and my credit cards in another. I would have plenty of room for a few mints and tissues…..separately of course. Whoa… I can’t even handle all the possibilities. 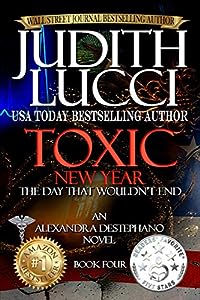 The Party Of The Year In Virginia Turns Deadly

What began as rural Virginia’s premier New Year celebration turns into a day of horror when the enemies of Alex Destephano’s grandfather, Congressman Adam Patrick Lee, bring the war to his Virginia estate killing, maiming and destroying everything in their path.

Behind the heinous attacks is the last person one might expect – a man known not for the threat he poses to the American people, but for being one of the nation’s heroes. What would lead held up as an American hero to turn on his own?

An Ending You Won’t See Coming

Alex finds herself thrown into a conspiracy involving corrupt politicians, mafia vendettas and a terrorist plot that threatens to upend and destroy the lives of thousands. To top it all off, she must continue to navigate her complicated relationship with her ex-husband, the head of police, and his new wife. 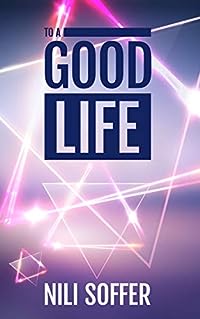 To a Good Life: Create Stronger Relationships & a Meaningful Life Through Ancient Wisdom
by Nili Soffer

Change your life through the messages hidden in ancient Jewish writings

Everyone wants to succeed, thrive, reach self-realization and live a good, fulfilling life. This involves hard work, making the effort, looking deep inside oneself, and learning constantly.

Even before the modern age which brought with it many experts in this field, Jewish scribes of ancient times were the first to provide tools and principles to deal more effectively with the situations we confront over the course of a lifetime.

“To a Good Life” is an extraordinary encounter with a world concealed in ancient scriptures combined with the insights of great spiritual thinkers, which, together, will allow you to acquire useful tools to enhance the quality of your life, maximize your potential, and most of all — live a better life. 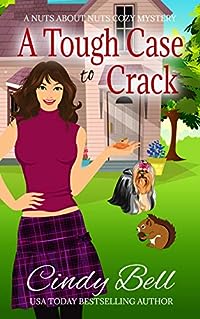 It is a race against the clock to solve a murder so ‘Nuts about Nuts’ can open on time.

Kerri Gale is getting ready for the grand opening of her nut shop, ‘Nuts about Nuts’, in the small town of Cascade Grove. She is new to the area and is enjoying setting up home with her Yorkshire Terrier, Cashew, and spending time with her new friend, Natalie.

But when possible evidence from the murder of the previous shop owner is found in the shop, Kerri finds herself right in the middle of a murder investigation. A handsome reporter, Steve, is writing an article about the murder, but can Kerri rely on him? Then her grandfather, who she hasn’t seen in ages, turns up out of the blue and is being very secretive. During the chaos Kerri has to try to juggle everything so she can find the murderer and her shop can open on time.

Can she trust Steve or is he just using her for a story? Can she trust her grandfather or is his sudden arrival not a coincidence? Will Kerri solve the murder? Or is Natalie right and ghosts are to blame?

EARTH HAS CHANGED. The old world order collapsed following the meteor impacts of 2031 when fire rained down from the skies, instantly vaporizing millions. Billions more died during the Long Winter and resource wars that followed.

Over one hundred years have passed since those devastating events and new societies have formed around the globe. In North America, the fragile peace that exists among the continent’s independent nations and city-states is under threat. The ambitious Grand Guardian of the People’s Republic of America is mobilizing his massive war machine in order to make real his dream of reunifying a former great power.

But on the eve of the offensive, a leading scientist dies under mysterious circumstances, though not before he entrusts another with the key to unlocking a secret. A secret so powerful, it could not only unravel the Grand Guardian’s designs, but also doom, or save, all of humanity.