Take yourself to the edge of the book and open up a wondrous world. 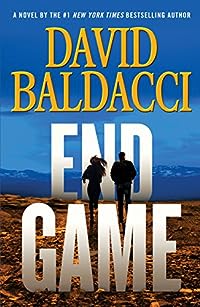 Two of the government’s most lethal assassins scour rural Colorado to find their missing handler–and discover an insidious and lethal threat along the way in this New York Times bestselling thriller.

Will Robie and Jessica Reel are two of the most lethal people alive. They’re the ones the government calls in when the utmost secrecy is required to take out those who plot violence and mass destruction against the United States. And through every mission, one man has always had their backs: their handler, code-named Blue Man.

But now, Blue Man is missing.

Last seen in rural Colorado, Blue Man had taken a rare vacation to go fly fishing in his hometown when he disappeared off the grid. With no communications since, the team can’t help but fear the worst.

Sent to investigate, Robie and Reel arrive in the small town of Grand to discover that it has its own share of problems. A stagnant local economy and a woefully understaffed police force have made this small community a magnet for crime, drugs, and a growing number of militant fringe groups.

But lying in wait in Grand is an even more insidious and sweeping threat, one that may shake the very core of America. And when Robie and Reel find themselves up against an adversary with superior firepower and a home-court advantage, they’ll be lucky if they make it out alive, with or without Blue Man… 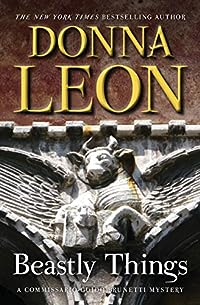 A New York Times bestseller: The police investigate the death of a veterinarian in Venice, Italy in this “swiftly paced” mystery (The Seattle Times).

When the body of man is found in a canal, damaged by the tides, carrying no wallet, and wearing only one shoe, Guido Brunetti has little to work with. No local has filed a missing-person report, and no hotel guests have disappeared.

The autopsy shows he had suffered from a rare, disfiguring disease. A shopkeeper tells Brunetti that the man had a kindly way with animals. Finally, the victim is identified as a much-loved veterinarian — and Brunetti’s quest to find the killer will take him on a harrowing journey… 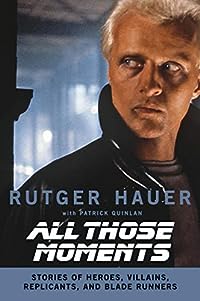 All Those Moments: Stories of Heroes, Villains, Replicants, and Blade Runners
by Rutger Hauer, Patrick Quinlan

He came to mainstream prominence as a machine more human than his creators in Blade Runner, terrified us as a hitchhiker bent on his own death and the death of anyone who got in his way in The Hitcher, and unforgettably portrayed a lonely king roaming the night as a wolf and pining for the love of a hawk during the day in Ladyhawke.

Rutger Hauer has dazzled audiences for years with his creepy, inspiring, and villainous portrayals of everyone from a cold-blooded terrorist in Nighthawks to a blind martial arts master in Blind Fury, but his movie career was nothing compared to his real-life adventures of riding horses, sword fighting, and leaving home at fifteen to scrub decks on a freighter and explore the world.

From poverty to working with a traveling theater troupe to his breakout European performance in Turkish Delight and working with legendary directors such as Paul Verhoeven (RoboCop and Basic Instinct) and Ridley Scott (Alien and Gladiator), Hauer has collected All Those Moments here. 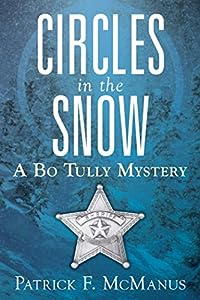 Bo Tully, sheriff of Blight County, Idaho, has dealt with small-town crime throughout his long, storied career. Now, contemplating retirement after years on the job, Tully is faced with perhaps his most perplexing case yet. When area bald eagles start getting picked off by a ghost-like killer, and when a prominent local rancher is murdered by an arrow with eagle fletching, things gets complicated fast. In this fast-paced whodunit, Tully has a vast array of suspects to chose fromincluding the rancher’s gorgeous, bird-loving wife who mysteriously leaves for a ranch in Mexico the day of the murder; the beautiful chef at the local house of ill repute, who is well-known as a budding ornithologist; and the ranch foreman, who is rumored to be having an affair with his boss’s widow.
Will Tully put the pieces of the puzzle together, yet again? Will sending his dad, the former sheriff of Blight County, along with his number two man, down to Mexico help solve the mystery? And what about the mysterious large circles in the snow that Tully finds around the ranchwith no footprints leading in or out of the area?

It all adds up to another engrossing series of twists and turns. And in the end, Tully gets his man… or woman… or does he? 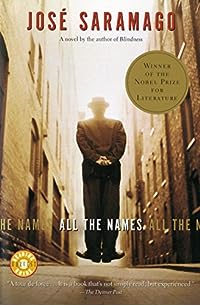 All the Names
by José Saramago, Margaret Jull Costa

From a Nobel Prize winner: “A psychological, even metaphysical thriller that will keep you turning the pages… with growing alarm and alacrity.” — The Seattle Times

A Washington Post Book World Favorite Book of the Year

Senhor José is a low-grade clerk in the city’s Central Registry, where the living and the dead share the same shelf space. A middle-aged bachelor, he has no interest in anything beyond the certificates of birth, marriage, divorce, and death that are his daily routine. But one day, when he comes across the records of an anonymous young woman, something happens to him. Obsessed, Senhor José sets off to follow the thread that may lead him to the woman — but as he gets closer, he discovers more about her, and about himself, than he would ever have wished. The loneliness of people’s lives, the effects of chance, the discovery of love — all coalesce in this extraordinary novel that displays the power and art of José Saramago in brilliant form.