I Poked A Bear Once

Despite the hot weather, I am feeling that Fall feeling in the air. Actually, I am mostly feeling like it’s Fall when I am inside the house with all of my Halloween decorations. As soon as I go outside I feel Summer. GO AWAY SUMMER!  You had your time. Don’t be so needy. I hate when seasons are so attention hungry they don’t know when to leave. SHOO! I just made some sauteed cinnamon apples. Not sure why, but I bet they will be tasty on vanilla ice cream. Fall will be in the air whether Summer likes it or not. 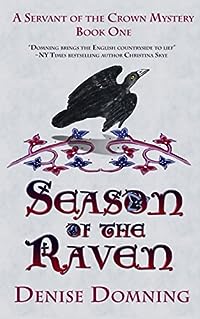 A MILLER FOUND UNDER HIS WHEEL

It’s 1194 and Sir Faucon de Ramis, the shire’s newly appointed Keeper of the Pleas, must do his duty and make an official declaration of the cause of a miller’s death. Saddled with a clerk who names Faucon his ‘penance’, the shire’s first Crowner must thread the tangled relationships between the sheriff, the village of Priors Holston and the priory that once ruled it. As a simple task takes a turn to the political, what seems obvious isn’t and what appears safe turns out to be more dangerous than he could imagine. 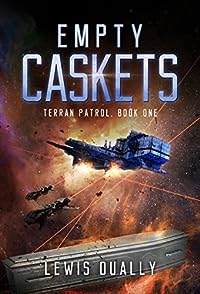 An inquiry into the death of Specialist Granger Shelton has concluded and Skipper Allen Paul is officially cleared of culpability in the Spaceman’s death. He is also promoted to Commander and placed back in command of the Navy’s oldest, and in his opinion, finest space cruiser, the United Earth Ship, Dawn Rising. Now, as he wrestles with his grief over the loss of Granger Shelton, he is also troubled by a discovery made while escorting Granger’s body home to Texas. While transferring shuttles in Houston, Paul observes three caskets returning from the asteroid belt’s mining colonies. That ,in itself, is not unusual as working in the asteroid belt is inherently dangerous, but his curiosity peaks when he realizes the caskets contain no bodies!

Before he can investigate farther, the Navy sends him on a secret mission for the Planetary Defense Agency who tasks him with locating members of an alien species thought to be hiding in the asteroid belt. Never one to let sleeping dogs lie, Paul uses his mission as an excuse to open three of the mining company’s unoccupied caskets and discovers a direct link between the contents of the caskets and the alien species he is tasked with finding. A conspiracy is now afoot, and the search broadens as he teams up with a veteran Texas lawman, a Navy Seals team, and his protege, the newly minted Skipper of the Navy’s newest ship, Lieutenant Commander, Gail Ann Schmidt of the Crimson Moon. Together, they uncover a decades-old conspiracy whose fruition is at hand. 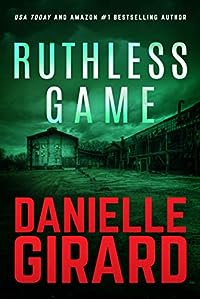 Rookie cop Alex Kincaid wakes up in a nightmare.

The wet sheet slipped slowly from her face and she began to count. There were eleven, in all. She was last in line, but he was getting closer. He’d be to her soon.

She wakes, parked on an unfamiliar street, outside an unfamiliar home with no recollection of how she got there… no memory of the night before.

“Another thrill ride from bestselling author, Danielle Girard, that will keep you on the edge of your seat!”

Then her nightmare becomes reality. Alex’s first call of the day takes her to the same street, to the same house, where a man has been brutally killed. Alex thinks the man is a perfect stranger–until she finds herself the main suspect in his murder.

And now, as she races to clear her name, she’s haunted by memories of a horrific thirty-year-old crime–a crime that links her to the dead man… and marks her as the killer’s next target. 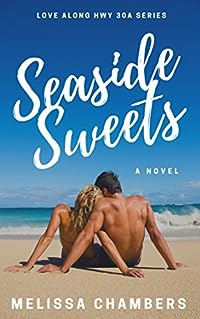 Seaside Sweets (Love Along Hwy 30A Book 1)
by Melissa Chambers

After her ex runs up her credit card, clears her bank account, and gets her fired, Seanna Perry makes her escape to the quaint beach town of Seaside, Florida. The houses are pastel, the ocean air heaven, and the men hot as the Gulf Coast sun… one in particular. But while paying the price, literally, for the last man she trusted with her heart, she’s not interested in any sort of beach romance, or so she keeps reminding herself.

Living in the idyllic coastal paradise of the 30A area hasn’t eased Blake Evans’ guilt over what went down three years ago. He can’t stop blaming himself, and certainly none of his wonderful friends can ever find out what happened. Blake’s done a good job of keeping romantic feelings toward any women at bay, and he needs to keep it that way. But when Seanna begins to show him how to live again, he finds himself struggling to keep his guard up.

Seaside Sweets is book one in the Love Along Highway 30A series, which features beautiful beach communities, a circle of unique and amazing friends, and romances that will have you cheering on the couples and fanning yourself from the heat. All books are standalone and can be enjoyed in or out of order. 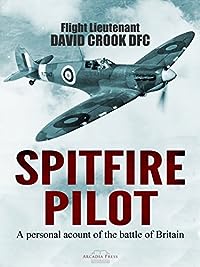 Spitfire Pilot: A Personal Account of the Battle of Britain
by Flight Lieutenant David Crook DFC

“Spitfire Pilot” was written in 1940 in the heat of battle when the RAF stood alone against the might of Hitler’s Third Reich. It is a tremendous personal account of one of the fiercest and most idealised air conflicts – the Battle of Britain – seen through the eyes of a pilot of the famous 609 Squadron, which shot down over 100 planes in that epic contest.

After attending the University of Cambridge, he was mobilised as part of the Royal Auxiliary Air Force on the outbreak of war. Flying the Spitfire Crook participated in the Battle of Britain, flying with No. 609 Squadron RAF (at the time this was a squadron of the Auxiliary Air Force). He initially joined the squadron on 22 September 1938 as an acting pilot officer, this rank was confirmed on 4 May 1940, and later further back-dated to 9 December 1939. He destroyed a Junkers Ju 87 of Sturzkampfgeschwader 77 (StG 77) on 9 July, and a Jagdgeschwader 53 (JG 53) Messerschmitt Bf 109 on 13 August. On 15 August 1940, he mistakenly shot down a Blenheim fighter, although the crew was only slightly injured. Two Bf 109’s were claimed on 30 September 1940.

Flying Spitfire IX EN662 on 18 December 1944 on a high level photographic sortie, Crook was seen to dive into the sea near Aberdeen. He was officially listed as missing in action.