It was another fantastic weekend with the family camping. The campground puts on a huge Halloween event every weekend in October, so we had blast celebrating all weekend long. I am quite proud to say we won TWO costume contests, one drinking contest, and a pumpkin carving contest between our two families. We were the champions of the weekend. Now we are packing it up and off to my oldest basset’s football game. No rest for us!! 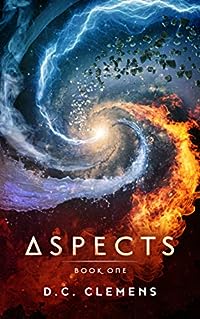 The young Thean Spire leads an enviable life. Set to inherit his uncle’s coveted position as puppet master of a powerful galactic syndicate, he wants for nothing… except an opportunity to prove he’s more than a lucky heir.

He becomes even more determined to forge his own path when exposed secrets force him to take an uncertain future in the Crucible, an elite military academy where the best element-wielding warriors in the galaxy are trained. Failure means admitting he isn’t destined for the greatness that he had once been so certain of attaining. Failure means living a life more susceptible to the influences of those who wish to control him. Success means facing the worst of what the known and unknown universe has to offer. 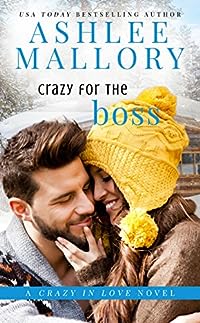 Crazy for the Boss: A Sweet Romantic Comedy (Crazy in Love Book 1)
by Ashlee Mallory

Screw-up. Black sheep. Aimless playboy.
For most of his life, James Thornhill accepted that his family would never see him as anything but a failure. As the new CEO of Thornhill Management, however, he’s been given another chance to set things right. Hiring Quinn Taylor, the pesky but dedicated attorney who’s leading an employee revolt against the company, is his first order of business. Second order of business will be resisting the prim attorney, who’s becoming utterly indispensable in his life.

Ice Queen. Good girl. Uptight do-gooder.
Quinn prides herself on always doing the right thing, a modern-day David taking on the Goliaths of the world — not working for them. But with mounting family debt making even a cup of coffee a luxury, she doesn’t see much choice. Only the more time she spends with the undisciplined playboy, the more she finds herself falling for the guy, even if she knows that she would never be enough.

But when mechanical issues leave them stranded together in a snowy mountain town, feelings they’ve been fighting may become impossible to hide… 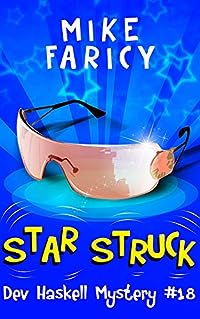 Star Struck — careful what you wish for…

Dev Haskell gets a one night gig posing as security for his pal Wink, a Bono impersonator.

Sassy, the hottie from his high school days, promises to do anything, (and I mean anything!!) if she can meet Bono. Crime lord Tubby Gustafson is hosting a birthday party for his granddaughter so mob enforcer Fat Freddy Zimmerman suggests it would be wise if Bono attended. Turns out Fat Freddy might just have an ulterior motive.

Wink’s been kidnapped along with sexy Sassy, and it’s up to Dev to find them — FAST! 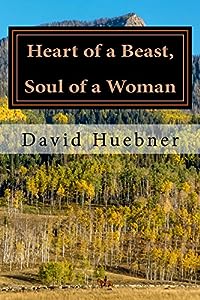 Heart of a Beast, Soul of a Woman
by David Huebner

Conrad Bradley is a troubled soul. He has entered a deep depression. His wife and best friend of twenty years has died. Consumed by grief and self-pity, he is well started on his way to drinking himself to death. At the height of his depression his best friend is able to pressure him into tagging along to a horse auction in Oklahoma. On a whim, Connie buys a fancy little cutting horse from an old man from Montana. He intends to give the horse to his friend.
Foaled on the same day Connie’s wife died, Smokin’ Jolena is no ordinary horse. She comes with strings attached. Pete Browning, the old man who raised and trained her, is able to convince Connie he needs to learn to ride the horse in competition. Pete wants the little mare to go to the National Cutting Horse Futurity held in Fort Worth, Texas. In order to do that Connie must move to Pete’s ranch in Montana. Connie initially resists, but finally decides anything that will get him over his grief is worth a try.
When Connie arrives at Pete’s place in Kalispell, he quickly becomes involved in the daily workings of Pete’s family. It’s a completely different life style for him as he learns to ride Jolena. He also has to adapt to Pete’s daughter, Cally, her twin daughters, Lindsey and Danni, and Woody, the retired sheepherder who lives with them. After a shaky start he begins to appreciate his new way of life and the people he meets.