The Event Of The Year!

Turns out I should definitely NOT go on any diets right now. I am currently in training for Thanksgiving. 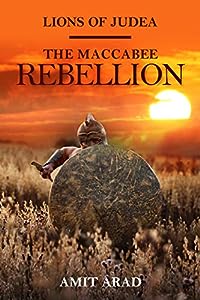 The Maccabee Rebellion: A Historical Novel (Lions of Judea Book 2)
by Amit Arad

No one believed they could survive, but they refused to forsake their faith

Judah Maccabee is no longer a youth, but a great warrior and the unchallenged leader of the Jewish People.

He leads his people to victory after victory on the fields of battle and diplomacy, shocking the leaders of the mighty Seleucid Empire.

Relentlessly, the armies of the empire are sent to crush the rebellion in Judea. They will do anything to eliminate the Maccabee army and suppress the Jewish faith.

But although the Maccabees are massively outnumbered, they have no choice but to overcome their foes. They know that their defeat would be the end of the Jewish People.

This is the incredible story of the Maccabees, who transformed a nation of rustic farmers and priests into a steel hard army which won eternal renown. 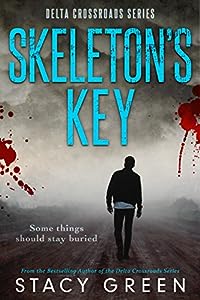 Some secrets should stay buried…

Cage Foster thought taking a new job would be what he needed to get a fresh start on life — and forget about the woman who broke his heart. As caretaker of a beautiful Antebellum mansion, he can’t wait for a peaceful, solitary lifestyle. But nothing could be farther from the truth. The discovery of a skeleton and two fresh bodies buried on the grounds makes Cage a suspicious enemy of everyone in the small town. Everyone but her. Just his luck his ally is a pushy Yankee, a woman who talks too fast and still believes in the romance of the Old South.

Some secrets can set you free…

Restoration expert Dani Evans bought Ironwood plantation to restore it to its former glory. After her mother’s death, Dani wants to rebuild her life, and what better place the sumptuous grandeur of the South. Except what she finds at Ironwood isn’t quite what she hoped. A surly caretaker is only the beginning of her problems. Death, hidden treasure, and falling for a murder suspect were not part of her plan. Dani is convinced the legend of hidden treasure at Ironwood and the murders are tied together, but she has to find the truth before Cage is arrested. And if she’s not careful, she might become the next victim. 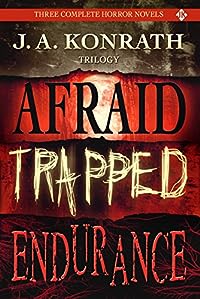 A F R A I D
WELCOME TO SAFE HAVEN, POPULATION 907…
Nestled in the woods of Wisconsin, Safe Haven is miles from everything. With one road in and out, this is a town so peaceful it has never needed a full-time police force. Until now…
A helicopter has crashed on the outskirts of town and something terrible has been unleashed. A classified secret weapon programmed to kill anything that stands in its way. Now it’s headed for the nearest lights to do what it does best. Isolate. Terrorize. Annihilate.

Soon all phone lines are dead and the road is blocked. Safe Haven’s only chance for survival rests on the shoulders of an aging county sheriff. And as the body count rises, the sheriff realizes something even more terrifying – maybe death hasn’t come to his little town by accident…
WELCOME TO SAFE HAVEN, POPULATION 907… 906… 905…
AFRAID by J.A. Konrath
Are you afraid of the dark? You will be.

TERRIFIED…
It was supposed to be a harmless camping trip. Six wayward teenagers who’d run into trouble with the law, and their court-appointed guardians, Sara and Martin Randhurst. Three nights on a small, deserted island off of Michigan’s upper peninsula. A time to bond, to learn, to heal.

Then Martin told a campfire story about the island’s history. Of the old civil war prison hidden in there, and the starving confederate soldiers who resorted to cannibalism to stay alive. Everyone thought it was funny. They even laughed when Martin pretended to be dragged off into the woods.

But Martin didn’t come back. And neither did Sara when she went in search of him.

Then the laughter stopped.
… TO DEATH

The group soon began to realize that this deserted island wasn’t so deserted after all. And perhaps Martin’s ridiculous story had more truth to it than anyone thought.

What’s the most horrifying thing you can imagine?

This is a hundred times worse…
TRAPPED by J.A. Konrath
It starts where other horror ends

WELCOME TO THE RUSHMORE INN

The bed and breakfast was hidden in the hills of West Virginia. Wary guests wondered how it could stay in business at such a creepy, remote location. Especially with its bizarre, presidential decor and eccentric proprietor.

ONCE YOU CHECK IN…
When the event hotel for the national Iron Woman triathlon accidentally overbooked, competitor Maria was forced to stay at the Rushmore. But after checking into her room, she quickly realized she wasn’t alone. First her suitcase wasn’t where she put it. Then her cell phone was moved. Finally, she heard an odd creaking under the bed. Confusion quickly turned to fear, and fear to hysteria when she discovered the front door was barred and the windows were bricked over. There was no way out.
… YOU’LL BE DYING TO LEAVE

One year later, four new female athletes have become guests of the Inn. Will they escape the horrors within its walls? Or will they join the many others who have died there, in ways too terrible to imagine?

ENDURANCE by J.A. Konrath
Are you brave enough to finish? 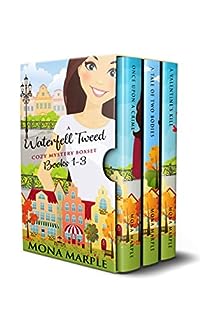 Welcome to Waterfell Tweed, where things aren’t as cozy as they seem…
Sandy Shaw was happy with her life running the village cafe and bookstore, until a series of murders in the sleepy village cause everyone to second-guess just how peaceful things are.

Join Sandy as she sets out to solve the killers, and get peace restored, in this box set collection of the first three books in the Waterfell Tweed Cozy Mystery Series.

This box set includes ONCE UPON A CRIME, A TALE OF TWO BODIES and A VALENTINE’S KILL.

Each novella is around 30,000 words long and is a cozy mystery, meaning they are safe from swearing, sex, violence and cliffhangers. Each book can be read as a standalone but the series is best enjoyed if read in order. 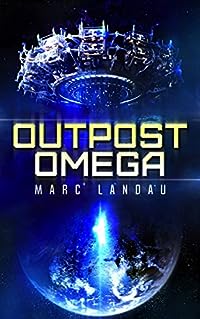 A robot. A dog. And an alien rock. Can they save the universe?
Life’s not going as planned on Earth Prime. Wil’s lost his job, his living quarters, and the love of his life. Now all he wants is to get as far away as possible from his problems.

But like the saying goes, you can’t run away from yourself.

He takes a sub-level military job as a night watchman patrolling the farthest end of the galaxy. He sits, watches, and waits. Alone, except for a robot and a contraband dog. Nothing ever happens at the farthest reach of the universe.

What starts out as an escape from life ends up thrusting Wil into the middle of war, an alien invasion, and mysterious lifeform as powerful as a God.