Let The Penguins See The Hat

When you just can’t get enough Price Drops… 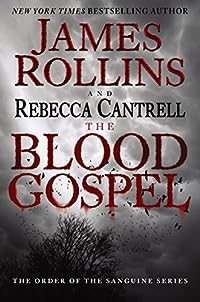 The Blood Gospel: The Order of the Sanguines Series
by James Rollins, Rebecca Cantrell

New York Times bestselling authors James Rollins and Rebecca Cantrell combine their talents in a gothic tale about anancient order and the hunt for a miraculous book known only as… The Blood Gospel.

An earthquake in Masada, Israel, kills hundreds and reveals a tomb buried in the heart of the mountain. A trio of investigators–Sergeant Jordan Stone, a military forensic expert; Father Rhun Korza, a Vatican priest; and Dr. Erin Granger, a brilliant but disillusioned archaeologist–are sent to explore the macabre discovery, a subterranean temple holding the crucified body of a mummified girl.

But a brutal attack at the site sets the three on the run, thrusting them into a race to recover what was once preserved in the tomb’s sarcophagus: a book rumored to have been written by Christ’s own hand, a tome that is said to hold the secrets to His divinity. The enemy who hounds them is like no other, a force of ancient evil directed by a leader of impossible ambitions and incalculable cunning.

From crumbling tombs to splendorous churches, Erin and her two companions must confront a past that traces back thousands of years, to a time when ungodly beasts hunted the dark spaces of the world, to a moment in history when Christ made a miraculous offer, a pact of salvation for those who were damned for eternity.

Here is a novel that is explosive in its revelation of a secret history. Why do Catholic priests wear pectoral crosses? Why are they sworn to celibacy? Why do the monks hide their countenances under hoods? And why does Catholicism insist that the consecration of wine during Mass results in its transformation to Christ’s own blood? The answers to all go back to a secret sect within the Vatican, one whispered as rumor but whose very existence was painted for all to see by Rembrandt himself, a shadowy order known simply as the Sanguines.

In the end, be warned: some books should never be found, never opened–until now. 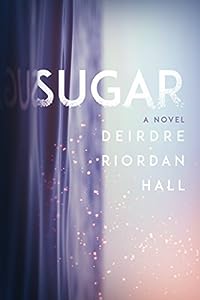 I’m the fat Puerto Rican-Polish girl who doesn’t feel like she belongs in her skin, or anywhere else for that matter. I’ve always been too much and yet not enough.

Sugar Legowski-Gracia wasn’t always fat, but fat is what she is now at age seventeen. Not as fat as her mama, who is so big she hasn’t gotten out of bed in months. Not as heavy as her brother, Skunk, who has more meanness in him than fat, which is saying something. But she’s large enough to be the object of ridicule wherever she is: at the grocery store, walking down the street, at school. Sugar’s life is dictated by taking care of Mama in their run-down home — cooking, shopping, and, well, eating. A lot of eating, which Sugar hates as much as she loves.

When Sugar meets Even (not Evan — his nearly illiterate father misspelled his name on the birth certificate), she has the new experience of someone seeing her and not her body. As their unlikely friendship builds, Sugar allows herself to think about the future for the first time, a future not weighed down by her body or her mother.

Soon Sugar will have to decide whether to become the girl that Even helps her see within herself or to sink into the darkness of the skin-deep role her family and her life have created for her. 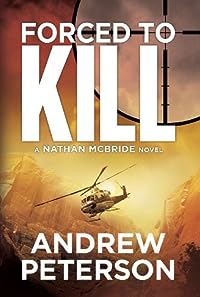 Trained Marine sniper Nathan McBride is the sole survivor of Montez de Oca, the brutal Nicaraguan interrogator who tortured countless souls to death before vanishing fourteen years ago. Though McBride’s body — as well as his soul — still bear the scars from the interrogator’s blade, he dares to hope the worst is behind him.

But when the FBI recovers a mutilated body from a remote Utah lake, McBride needs just one glimpse to know the truth: Montez de Oca has resurfaced, this time on American soil. And McBride will be damned if he lets him escape again. So begins a quest for justice that will push McBride to the edge, pitting his capacity for mercy against his hunger for vengeance in a deadly game of cat-and-mouse that will reach into the highest levels of the US government. 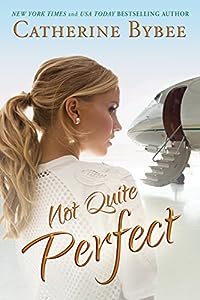 Not Quite Perfect
by Catherine Bybee

Mary Kildare knows how to read people. It’s both why she makes a great therapist and why she refuses to trust the average bachelor. Staying fiercely independent has been her primary relationship strategy — until wealthy playboy pilot (and commitmentphobe) Glen Fairchild reappears in her life. After a yearlong teasing tug-of-war, Mary and Glen test the waters of attraction, only to find that their physical chemistry runs deeper than flirtation.

At first, a bicoastal romance suits them both — especially since Glen can swoop in and whisk Mary away on one of his company’s planes. But no matter how close they get, they’re still three thousand miles apart. And when Mary’s life is threatened, Glen realizes the one luxury he doesn’t have is time. Can he close the distance between them before it’s too late? 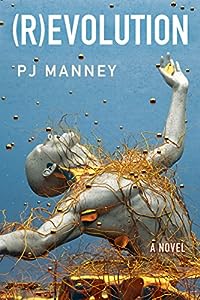 Scientist Peter Bernhardt has dedicated his life to nanotechnology, the science of manipulating matter on the atomic scale. As the founder of Biogineers, he is on the cusp of revolutionizing brain therapies with microscopic nanorobots that will make certain degenerative diseases become a thing of the past. But after his research is stolen by an unknown enemy, seventy thousand people die in Las Vegas in one abominable moment. No one is more horrified than Peter, as this catastrophe sets in motion events that will forever change not only his life but also the course of human evolution.

Peter’s company is torn from his grasp as the public clamors for his blood. Desperate, he turns to an old friend, who introduces him to the Phoenix Club, a cabal of the most powerful people in the world. To make himself more valuable to his new colleagues, Peter infuses his brain with experimental technology, exponentially upgrading his mental prowess and transforming him irrevocably.

As he’s exposed to unimaginable wealth and influence, Peter’s sense of reality begins to unravel. Do the club members want to help him, or do they just want to claim his technology? What will they do to him once they have their prize? And while he’s already evolved beyond mere humanity, is he advanced enough to take on such formidable enemies and win?