One Squarish Box That’s Round

You can tell I am no Spring chicken because I am about to tell you about back in my day, and I just used the words Spring chicken. I was very excited when I found out that my oldest basset’s new school offered wood shop. I signed him up so fast I could already hear the wood chips hitting the floor when I enrolled him. He started school mid August, and here we are today in the first few days of the second quarter, and my son has yet to even touch a belt sander. WHAT!!!??? Back in my day after the first quarter we had already made a little wooden box, a cutting board, and napkin holder with square pegs and round holes! I asked him what the heck he has been doing this whole time, and he told me they have been studying about the tools. He hasn’t even touched a saw yet!!! I am not going to lie, I am a little frustrated. I am expecting a Christmas present from him, and he really needs to get going on it. MAMMA NEEDS A NAPKIN HOLDER!!! 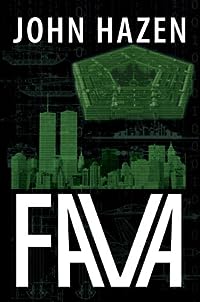 The biggest story of Francine Vega’s career could end her life… or start World War III. Francine is a rising TV news reporter in New York City. Despite her brains, beauty and a growing following, she is stuck covering local interest stories. That is until her career literally hits the jackpot when the winner of a $450 million dollar lottery tells Francine that he is committed to using his new fortune to avenge his brother’s killing at the Pentagon on 9/11. His seemingly crazy plan is backed by more than just money-he is in league with a ruthless and powerful Army Colonel gone rogue, religious extremists and co-conspirators in the highest levels of government. Francine teams with FBI Special Agent Will Allen, one of the few people who believe the threat is real, in a desperate race across three continents to stop the plot before it’s too late. 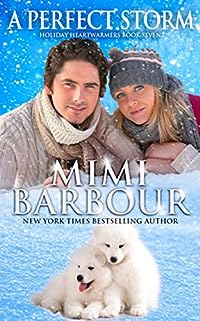 A crippled boy, an unhappy girl, a cuddly puppy and a Christmas romance!

A senseless accident happens that puts Jenni’s ten-year-old son in a wheelchair while the rebellious girl who instigates the incident, shows anger rather than remorse. When it becomes imperative that the two be home-schooled, her bachelor father steps forward with his teaching degree and his appealing gray eyes, asking Jenna to let him teach both children.

Being a single mom who has to work, his request would certainly solve the problem of where her son could be educated until the New Year. But can she let her boy spend weeks with this dysfunctional family?

Chris finally gets custody of his daughter to find out that she hates the very sight of him. How can a man break through those barriers? Could the boy help – him and his new puppy… and the smart, beautiful woman he calls Mom? 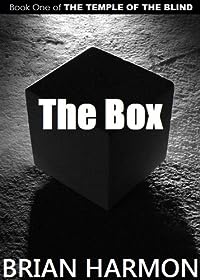 The Box (The Temple of the Blind #1)
by Brian Harmon

When Albert Cross finds a mysterious wooden box waiting for him in the driver’s seat of his locked car, he has no idea that it will lead him on an extraordinary and terrifying adventure. With the help of his lab partner, Brandy, he begins unraveling the puzzle of the box, but each clue they solve leads only to more questions as they piece together a map of the complex, subterranean system that lies beneath Briar Hills, Missouri… and the strange and deadly labyrinth hidden deep within. Will they be able to discover the meaning behind the box? Or will the endless darkness and the things that lurk unseen within these walls swallow them forever? 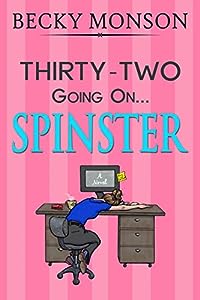 Julia Dorning is a spinster, or at least on the road to becoming one. She has no social life, hates her career, and lives in her parent’s basement with her cat, Charlie.

With the arrival of Jared Moody, the new hire at work, Julia’s mundane life is suddenly turned upside down. Her instant (and totally ridiculous) crush on the new guy causes Julia to finally make some long-overdue changes, in hopes to find a life that includes more than baking and hanging out with Charlie.

But when the biggest and most unexpected change comes, will the new and improved Julia be able to overcome it? Or will she go back to her spinster ways? 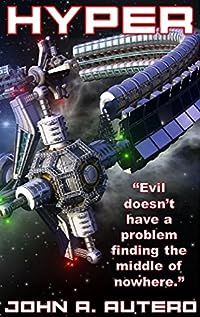 HYPER
by John A. Autero

“Evil doesn’t have a problem finding the middle of nowhere.”

Earth is ravaged by a Vermiculira epidemic which threatens every human life on the planet. The only way to save humanity and propagate the species is to restart civilization someplace else. That someplace else is Mars. The plan is to relocate humans that have not been contaminated by the disease to the red planet and leave the crazies back on Earth. To ensure that no infected are allowed to reach Mars, a network of decontamination depots has been placed in space, half way between the two planets. Passengers and cargo are sniffed for traces of the disease before they are allowed to proceed on their journey.

Charlie and Linda Kennedy live a quiet life on Decontamination Depot, D.D. 315. Charlie operates the spacecraft refueling station, and the hydrogen fuel condenser facility, while Linda’s role is to lovingly provide her guests with a friendly smile, a couple good meals and then get them on their way.

But, their peaceful existence is terminated when people onboard are savagely murdered. Charlie needs to stop the carnage and vows to protect Linda, his loving wife. To make matters worse, the killer has programmed the depot to self-destruct unless Charlie can figure out some way to stop it.