Just Double That For Me

I am finding plenty of gifts for myself for Christmas, but nothing for hubby. I have asked and asked him for a list of what he wants and he says he doesn’t want anything. Soooo… does that mean I get twice as many gifts?? I’m pretty sure that’s how it works. 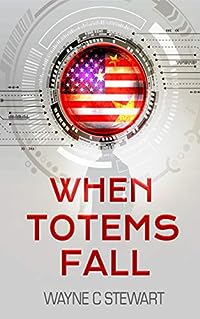 Two men. A single line of code. A thousand years of civilization erased.

Seattle. After a near decade of sand, blood, and religious extremists, Terror Wars Vet Zeb Dalton is relieved to be home. But when PRC tech paves the way for a US invasion, his hope for a quiet life goes up in flames. Recalled to active-duty, Dalton immediately recognizes the Chinese code as his creation: off-hours, unauthorized work while stationed in Iraq. He was told it had been destroyed. Now, his country is asking him to use it for the unthinkable.

Beijing. Rising star CEO Junjie Zang recoils, horrified at his government’s aggressions. Promised his next-generation technologies would be put to humanitarian and economic use, he finds himself on the run, a loose end in his leaders’ greater designs. But while trying to stay one step ahead of his coworker’s mysterious deaths, Zang mistakenly opens a backdoor for the code itself, unsure now of what the rogue systems may do or become.

Zang is seeking a way to set back the clock.
Dalton is looking for a reason to stand down.

Anything. Anything at all. 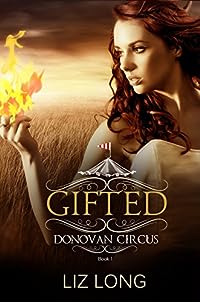 Even in a world of freaks, being a Firestarter is considered a dangerous Gift.

Lucy was born with the ability to create and control fire. She longs to leave the human world for one filled with Earthshakers, Transporters, and Chameleons, to name a few. When she rejoins the circus, it’s everything she hoped it could be – new friends, a potential love interest or two, and a place where she can be herself.

When troupe members begin turning up dead, however, Lucy is suspected of foul play. She must not only prove her innocence but also realize the full extent of her power. To find the real murderer, she must uncover the truth behind her father’s fiery legacy while figuring out whom to trust within her new circle. Little does she know the history of the Donovan Circus and its enemies might actually destroy the entire gifted world. 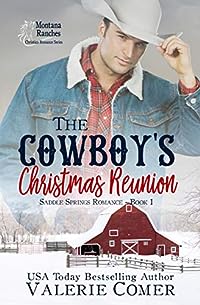 A jilted cowboy gets a second chance at love when his ex-fiancée returns with her small daughter.
When Kade Delgado joins his buddies in a Cowboy Santa program to shower Christmas blessings on old folks and single moms, he doesn’t expect his former fiancée to return to Saddle Springs, in need and with a child in tow. Does God really expect him to treat Cheri the same as the others on his new Christmas list?

Cheri Mackenzie has never forgiven herself for the pain she caused Kade by fleeing a week before their wedding, but undoing the past is impossible. Circumstances force her back to her aging grandparents’ Montana ranch, where Kade, now a widower with a toddler, is making himself cheerfully indispensable. When she receives kindness instead of the hostility she surely deserves, she can’t help but pray for a Christmas reunion with the cowboy she’s never stopped loving.

Is there any hope for a second chance at love? 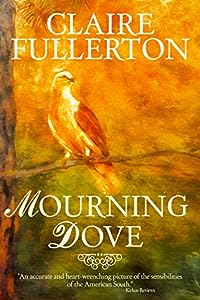 The heart has a home when it has an ally.
If Millie Crossan doesn’t know anything else, she knows this one truth simply because her brother Finley grew up beside her. Charismatic Finley, eighteen months her senior, becomes Millie’s guide when their mother Posey leaves their father and moves her children from Minnesota to Memphis shortly after Millie’s tenth birthday.

Memphis is a world foreign to Millie and Finley. This is the 1970s Memphis, the genteel world of their mother’s upbringing and vastly different from anything they’ve ever known. Here they are the outsiders. Here, they only have each other. And here, as the years fold over themselves, they mature in a manicured Southern culture where they learn firsthand that much of what glitters isn’t gold. Nuance, tradition, and Southern eccentrics flavor Millie and Finley’s world as they find their way to belonging.

But what hidden variables take their shared history to leave both brother and sister at such disparate ends? 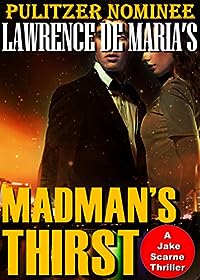 A DYING HIT MAN’S CONFESSION LEADS TO THE UNRAVELING OF AN INTERNATIONAL CONSPIRACY!

Even powerful mobsters are expendable to a criminal financial mastermind who hides in plain sight among New York’s moneyed elite. But in pursuing his deranged dream, the man has made a fatal mistake. There are some people, on both sides of the law, who want him to pay for killing a young girl.

In locales as varied as Paris, New York, Florida and the Bahamas, MADMAN’S THIRST is a non-stop thrill ride, where billions are at stake in an international conspiracy involving a foreign power.

With bullet-like pacing, biting dialogue and a redemptive outcome, MADMAN’S THIRST, the second of the Jake Scarne novels, is perfect for you. And it’s just a click away!