Think About That Later

Do you want to see my sleigh? Well…. you can’t. I hate to be so mean, but I just couldn’t have it’s great reveal be of it sitting in the middle of the driveway. BLAND! Nope. I need to dress it up first with the reindeer, garland and maybe an elf or two. My partner in crime has the elves, and they would look awesome. Every time I show people the sleigh, the first question they ask me is where I plan to store the sleigh after Christmas. I really have no clue. I don’t even have a clue as to where I am going to store the giant reindeer I bought to go with it. You all know I am going to be complaining like a crazy women in January about this giant sleigh sitting in my front yard. Right now I love it… in two months…probably not so much. I will really really love it though from now until the day after Christmas, and that’s what counts. 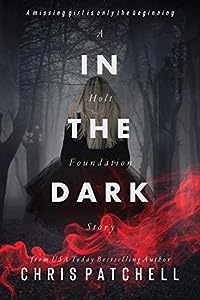 Marissa Rooney stands in her daughter’s empty dorm room, a half-used vial of insulin clutched in her trembling hand. Brooke has been missing for days. Her roommate hasn’t seen her since that night in the bar. And if Marissa has Brooke’s insulin, it means that Brooke does not.

But Marissa isn’t alone in her terror. A phantom from her past is lurking in the shadows, waiting in the night, and holding her family captive… in the dark. 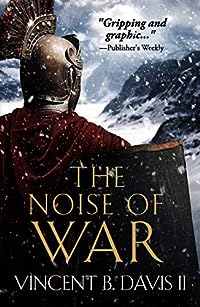 The Noise of War: A Tale of Ancient Rome (The Sertorius Scrolls Book 2)
by Vincent B. Davis II

The only survivor of a brutal battle, driven by a desperate need to see his family again…

Rome, 105 BC. Quintus Sertorius fought while the enemy slaughtered 90,000 of his brethren in the city’s bloodiest defeat. Battling night terrors and survivor’s guilt, he vows to preserve his beloved Rome and embarks on a covert mission deep into enemy territory.

Sertorius grows his beard and disguises himself in the garb of a Gaul, all the while his stomach churns with fear of discovery. But in order to gain vital information about the invaders, he must sink deeper into their ranks. As he uncovers the depths of the barbarian’s depravity he alone will have to rise to Rome’s aid.

Will Sertorius avenge his comrades and reunite with loved ones, or will the next massacre mark the end of the Republic? 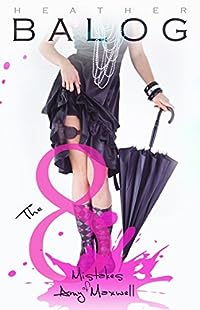 Amy Maxwell’s got four kids, a useless husband and crusted applesauce on her yoga pants that haven’t seen the inside of a gym in over a decade. She’s convinced her teenage daughter is up to no good, her ten year old can’t stop chattering in her ear and her oldest son has befriended a teenaged boy twice his age who is a tad bit strange. And don’t even get her started on having a toddler when you’re in your late thirties. She just can’t keep up. Forget tired; she’s exhausted and feeling unfulfilled, dissatisfied and like a disappointment to everyone; her kids, her parents and most of all, herself.

To relieve her stress, Amy finds herself fantasizing about everything from the pool boy next door to finding out that her daughter was switched at birth. She can’t help her thoughts, but she figures, if they’re in her head, they can’t hurt anyone else, right? When Jason, a very sexy forty something year old single father moves in across the street, Amy finds her fantasy world has gone into overdrive. When Amy and her 13 year old daughter, Allie, stumble upon the body of their neighbor, shot to death in her living room, Amy finds herself thrown together with Jason in the most unpredictable way. Amy finds herself bumbling around Jason, trying desperately to stop her fantasies and her underlying attraction towards him as this who done it mystery slowly unfolds. And Amy soon realizes, nobody is who she thinks they are… even Amy herself. 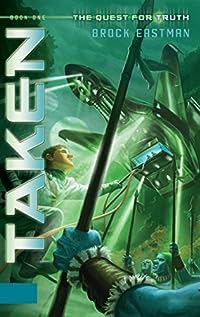 Five — Four — Three — Two — One!” “We’re out of here!” Suit up! Jump into hyper flight with the four Wikk kids! Forced into a high stakes hunt for their missing parents by the sinister Cpt. Vedrik, the siblings’ only hope is their parents’ Archeos e-journal. Can Tiffany decipher the clues within it? As time runs out, it’s all up to Oliver and his Federation training to fly the Phoenix and protect his crew. But twins Mason and Austin endanger the mission when they unexpectedly meet… the blue boy! The Quest for Truth series unfolds as the four Wikk kids are thrust into a desperate race to find the mysterious planet Ursprung and stop the Übel renegades from misusing its long-lost secrets. Ancient cities, treacherous villains, high-tech gadgets, the Phoenix — encounter all of these and more on this futuristic, interplanetary adventure! 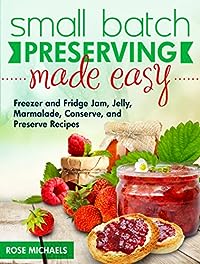 Small Batch Preserving Made Easy brings brilliant preserving knowledge to your jam and jelly-ready kitchen. This book administers the essential knowledge you require as you move forward on your frugal preserving adventures, armed with a thick-bottomed pot and a barrel of delicious, shiny fruits. Learn the joys of pectin, the art of the fruit “gelling” process, and how to create interesting, luxurious jellies and jams without the dismal inclusion of preservatives.

Red, bursting strawberries, holiday-flavored apples and cranberries, brilliant figs and pecans — this preserve book doesn’t pull any sweet spreading punches. Furthermore, with this book, you don’t require the complicated canning process; simply utilize your ready freezer or fridge for the preservation of your created jams and jellies for up to a year! Delicious, homemade preserves can be yours without complication, without calorie-rich preservatives, and with all the desired joy of fruity sweetness. Don’t waste another jelly-less day!