I am that person most people hate. I don’t mean to be, and I am not bragging, but I do have a over half my Christmas list done, and I have started putting out Christmas decorations. I also have Hallmark Original movies playing on the TV every night. I just love the holiday season so much, I want it to last as long as possible. I feel like the season starts on October 1st and runs until Dec 26th. Yup, I cut it short. Another reason to hate me. I take Christmas down the 26th of December because I think a tree with a bunch of torn wrapping paper under it is kinda sad. Plus the dust in the house by then is NUTS! I have even already scouted out all the Christmas decoration at Target…while they were still putting them on the shelves. I didn’t go so far as to look in the boxes they were pulling the items from, but I can’t say I wasn’t tempted. I bought a few cute little Christmas birds, and I liked it. It was fun and it made me happy. Am I the only one who does this? I can’t be. 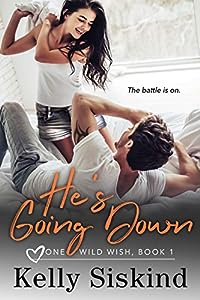 On Rachel’s twenty-seventh birthday, she wishes to finally find a rewarding job. What she doesn’t wish is to drink a boatload of wine, sleep with a tattooed bad boy, and drunk email her boss in one glorious, career-ending move. Her only saving grace: she barely remembers that reckless night.

Unfortunately, her luck has gone from bad to worse.

Now she’s competing against her infuriating one-night stand for her dream job, and he wants another taste. Fat chance, buddy. She will ignore Jimmy’s shaggy black hair and five-day scruff, because that man is going down. 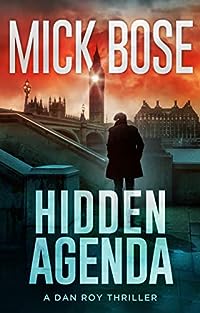 The first gripping, stunning action thriller in the bestselling Dan Roy Series
Dan Roy is an elite Black Ops soldier. His life has been a never ending spectrum of action. Now, his soul needs a break.
He moves to London, looking to forgive and forget. But life has other plans for him. An old face from the past pulls him back into a vicious plot that ranges from London to Afghanistan. Dan agrees to help, but he is betrayed… His only confidant is Major Guptill, his old commander, who dies mysteriously. Dan rescues the Major’s daughter, Chloe, from certain death. Soon, Chloe and hims are chased by an evil force that spans countries and governments. As Chloe confides in Dan, he begins to care for her more deeply than his battle scarred heart can understand.
In a race against time to save the world from destruction, Dan and Chloe find themselves up against a terrifying terrorist attack. There is no one to help. When Chloe disappears, Dan has to fight with his back to the wall.
It’s the way he fights best.
Because failure is not an option… 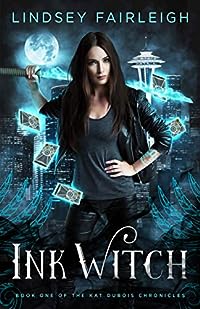 The gods are gone. Her brother is missing. One retired assassin must confront her past to save his future…

Immortal Kat Dubois has traded in her sword for a flask. Hard drinking helps ease the grisly memories of her former trade: an assassin of immortals. She’s perfectly content to spend eternity in her Seattle tattoo parlor… until the mysterious disappearance of her brother finally brings her out of retirement.

With a charmed deck of tarot cards and her trusty sword, Kat sets off to track down her brother and save his soul. A wicked corporation and a laundry list of old rivals stand in the way of her quest. For someone with an eternity to live, Kat’s chances of unraveling the mystery become less likely with each passing second…

Ink Witch is the first book in a new standalone series of urban fantasy novels set in the Echo Trilogy universe. If you like gritty paranormal settings, Egyptian mythology, and flawed characters, then you’ll love Lindsey Fairleigh’s fast-paced adventure. 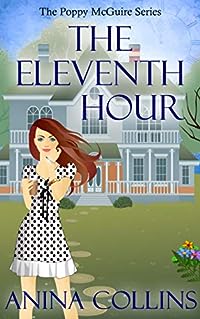 The first book in the Poppy McGuire Mystery Series!

Poppy McGuire has always been a curious soul, but it’s her life that’s usually the topic of conversation in the small town of Sunset Ridge. Somehow being a single woman with a coffee addiction and no boyfriend prospects is intensely interesting to her nosy neighbors. But now one of the town’s most important citizens has been found murdered, and everyone’s life is suspect.

What begins as a friendly wager with her old friend Officer Derek Hampton soon becomes far more for Poppy, and she turns to Alex Montero for help, but the enigmatic former Baltimore cop’s quiet way hides as many secrets as each suspect they encounter.

Everyone in Sunset Ridge has something to hide, but Poppy and Alex are determined to uncover the identity of the murderer. They just have to watch that they don’t become the next victims. 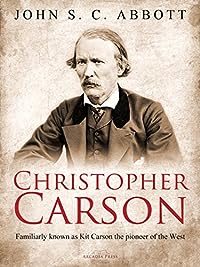 In the 1840s, he was hired as a guide by John C. Fremont. Fremont’s expedition covered much of California, Oregon, and the Great Basin area. Fremont mapped and wrote reports and commentaries on the Oregon Trail to assist and encourage westward-bound American pioneers. Carson achieved national fame through Fremont’s accounts of his expeditions.

Under Fremont’s command, Carson participated in the uprising against Mexican rule in California at the beginning of the Mexican-American War. Later in the war, Carson was a scout and courier, celebrated for his rescue mission after the Battle of San Pasqual and for his coast-to-coast journey from California to Washington, DC to deliver news of the conflict in California to the U.S. government. In the 1850s, he was appointed as the Indian agent to the Ute Indians and the Jicarilla Apaches.

During the American Civil War, Carson led a regiment of mostly Hispanic volunteers from New Mexico on the side of the Union at the Battle of Valverde in 1862. When the Confederate threat to New Mexico was eliminated, Carson led forces to suppress the Navajo, Mescalero Apache, and the Kiowa and Comanche Indians.

Carson was breveted a Brigadier General and took command of Fort Garland, Colorado. He was there only briefly: poor health forced him to retire from military life. Carson was married three times and had ten children. The Carson home was in Taos, New Mexico. Carson died at Fort Lyon, Colorado, of an aortic aneurysm on May 23, 1868. He is buried in Taos, New Mexico, next to his third wife Josefa Jaramillo.