For a moment there I had a slight twinge of regret. Then I shook it off and went right back to planning how I wanted to paint and decorate my new life size Santa Sleigh. I don’t have it in my claws just yet, but the gentleman who is giving it to me wants desperately to get it off his hands and has already put it on a trailer to drive it down to my house. OH MY GOLLY!!! It just occurred to me that I could take my family Christmas card picture in it. ALL MY FRIENDS CAN TAKE THEIR CHRISTMAS CARD PICTURE IN IT!!! I just got a little dizzy thinking about all the Christmas cards with my sleigh in it. I gotta jump on this thing and fix it up quick when I get it. It will need a fresh coat of paint, maybe some fake white fur trim. I have no clue, but I can Google it. I should find a backdrop as well. It would be cheaper to paint one. I will have to consult my partner in crime who is a photographer as well. My free sleigh is starting to cost me a bit of time and money. WORTH IT!!!! 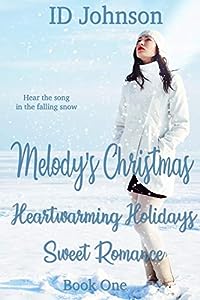 Can Christmas magic help her hear the music again?

Melody Murphy shared her love of music with her father, but after tragically loosing him on Christmas Eve two years ago, she no longer has any interest in music or Christmas. She returns to her hometown of Charles Town, West Virginia, to help her mother save the family antique business, content to stay focused on her work. However, when a chance encounter with an adorable five-year-old leads her to befriend an attractive single dad, Melody begins to realize she’s been putting her life on hold, something her father would’ve never wished for her. Will she learn to hear the song in the falling snow again?

Reid has recently moved to Charles Town to start over after his wife walked out, leaving him alone to raise their son, Michael. When Michael decides he needs Melody Murphy in his life, Reid needs to find out what it is that has his son drawn to the young woman like a magnet. The closer he gets to Melody, the more he begins to believe he might get a second chance at love after all.
This is a sweet contemporary romance with Christian themes, perfect for holiday reading. 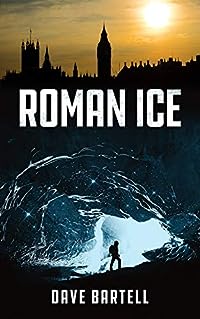 His rich discovery will make history… if someone doesn’t steal it first.

Archaeologist Darwin Lacroix wants to rewrite history — that ancient Romans used lava tubes to secret around Europe. But generations of his family have been laughed out of academia for suggesting it. He too is ready to quit when a diamond cache in Iceland is linked to artifacts in the London Underground. When a powerful cartel seizes control of the hunt, Darwin’s quest becomes a race against time to reveal the mother lode first.

With a volcanologist and an unsavory diamond expert on board, the academic’s search for riches meets lethal obstacles at every turn. Deep underground, the choices Darwin makes could determine who in his party makes it out alive.

Roman Ice is a thrilling suspense novel where Dave Bartell pulls off several neat tricks. He weaves together plot lines set thousands of years apart; incorporates plausible scientific discovery with lava tubes; and creates serious tension out of a long walk in a straight line. If you like alternate history, archaeological adventures, and complex characters, then you’ll love this action-packed tale. 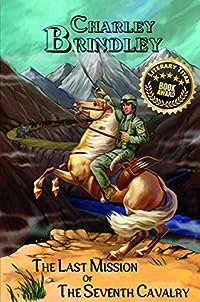 The Last Mission of the Seventh Cavalry
by Charley Brindley

A unit of the Seventh Cavalry is on a mission over Afghanistan when their plane is hit.

When they hit the ground, they are not in Afghanistan. Not only are they four thousand miles from their original destination but it appears they have descended two thousand years into the past where primitive forces fight each other with swords and arrows.

The platoon is thrown into a battle where they must choose sides quickly or die. They are swept along in a tide of events so powerful that their courage, ingenuity and weapons are tested to the limits of their durability and strength.

The four women in the unit are trained soldiers, skilled in the art of combat, but they are not prepared for the brutal reality of war. They are more than capable of fighting alongside the men, and, at times, defending the others in close quarters fighting. But when the battle is won, they must come to grips with their destruction of life.

The Seventh is forced to join Hannibal’s army and fight his battles, at least until they can find their way home. However, as their journey takes them over the Alps and down the length of Italy, friendship and even romance begins to form between these hardened soldiers from past and present. Powerful bonds that reshape each soldier’s hopes and dreams for the future. 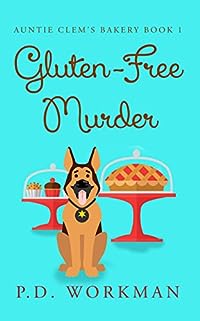 The heat is on for Erin Price, gluten-free baker.

Erin moves to Eagle Falls, a place where everyone knows everyone else’s business, taking over the store left to her by her aunt to start up a gluten-free bakery.

The grand opening is marred by just one thing, the death of Erin’s business rival, Angela Plaint. It appears that Angela was poisoned by one of Erin’s cupcakes, making her a prime suspect.

Equipped with cupcakes, her desire for the truth, and new bakery assistant Vicky’s help, Erin goes head-to-head against Detective Terry Piper to solve the murder.

Rumors of treasure hunting, drug dealing, and a missing boy swirl around Eagle Falls as Erin tries to sort the clues from the red herrings and find the killer before the killer can take care of her. 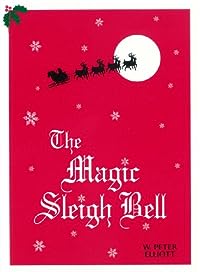 The Magic Sleigh Bell has provided whimsical, holiday season reading to Christmas enthusiasts and families for over 20 years. This novella’s timeless story will continue to enchant both young and old for years to come.

A national Bestseller in its print edition, The Magic Sleigh Bell is now also available in digital format for a new generation.

The Magic Sleigh Bell is a wonderful Christmas book which tells the story of a young brother and sister who find a tiny bell while raking the leaves. The 7-year-old sister believes the bell must have fallen from Santa’s sleigh and rolled down their roof. Her 10-year-old brother, however, is at that age when he’s not sure if he believes anymore. The story is set in 1994, just before the era when the internet and social networking became so influential in our daily lives. The Magic Sleigh Bell continues as the children eventually find out who is right and who is wrong, and where the bell really came from. Young readers, especially, delight in the aspect of the story that features Santa and the elves. But it’s not just a children’s book, as it also deals with the brother and sister’s family and community and their Christmas traditions. It’s an old-fashioned celebration that adults (parents and grandparents) find they can enjoy from a different perspective than their children.
The Magic Sleigh Bell is a fun, family-oriented story with a touch of suspense and a very happy ending that joyfully reinforces a belief in Santa Claus.
Easily read in under two hours by an adult, it makes a nice “sit by the fireplace and get into the Christmas spirit” kind of book. It is also divided into four chapters, and each of these is again divided into smaller, snowflake sections. If it is being shared with or read by youngsters, it can be easily enjoyed a section or two each night as a bedtime story in the days leading up to Christmas.
The Magic Sleigh Bell is for Christmas enthusiasts from 6 to 106 years old. It makes a wonderful addition to any family collection of Christmas books. Its simple homage to established Christmas folklore, in a contemporary setting, has a timeless quality that will make it a holiday tradition for years to come.

This Christmas share the magic with your family… The Magic Sleigh Bell.