Would You Looky There!

Soooo… there are like.. a bunch of dishes in the sink and dirty empty casserole pans on the counter. I could have sworn I spent two days cleaning the house. Ummm… wait… It was two days of cleaning. Do I get some sort of credit for all that? (looks in fridge) PIE!!!!!! 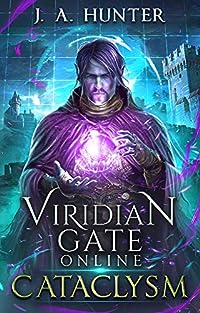 If the destruction of Earth and extinction of humanity were imminent, how far would you go to survive? Would you kill your body to save your mind?

Jack Mitchel is willing to risk everything to survive the apocalypse — including his essential humanity.

An EMT in 2042 San Diego, Jack knows he won’t survive the impact of the massive asteroid hurtling towards Earth. After all, he’s not one of the handful of lucky lottery winners scheduled for rescue. But he did luck into a NexGenVR capsule, which means Jack can risk a one-way trip to the virtual reality world of Viridan Gate Online, a completely immersive online multiplayer fantasy role-playing game, or RPG.

The transition to Viridian Gate Online (V.G.O) is irreversible, and will kill Jack’s corporeal form. And once players transition fully into the world of V.G.O., the risks aren’t over — from cutthroat fellow players to greedy developers eager to replicate the wealth discrepancies of Earth in virtual reality, V.G.O. is just as dangerous as the ‘real world’ was. If Jack can’t game the system, he’s going to be trading in a quick death for a long, brutal one…

LitRPG books combine tropes and themes from role-playing games with sci-fi and fantasy elements to tell a unique story that’s exciting and super-relevant to today’s world. Jack’s adventures in a cutthroat virtual reality fantasy world will grip fans of Ready Player One and The Stormlight Archive alike. With over 200,000 copies sold, this is one series you don’t want to miss! 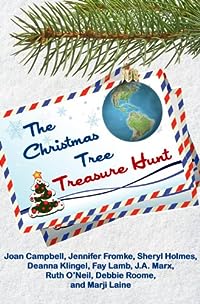 Grace takes delivery of a package and her life is turned upside down by nine sealed mystery envelopes from her late grandmother. Grammie’s instructions require Grace to take the journey of her lifetime, not only to far off places, but also into the deepest parts of her heart. As she follows the trail laid out for her and uncovers her family’s darkest secrets, Grace is forced to confront the loss and betrayal that has scarred her past and seek the greatest Christmas Treasure of all. 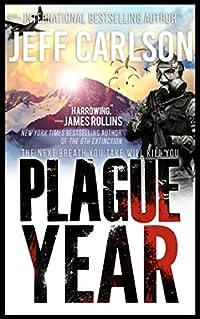 The nanotech was intended to save lives. Instead, it killed five billion people, devouring all warm-blooded lifeforms except on the highest mountain peaks.

The safe line is 10,000 feet. Below, there is only death. Above, there is famine and war. Humankind’s final hope rests with a scientist aboard the International Space Station… and with one man in California who gambles everything on a desperate mission into the ruins of the old world… 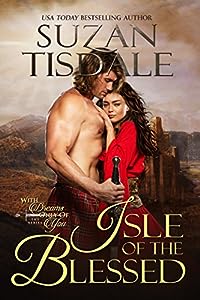 Isle of the Blessed
by Suzan Tisdale

“Trust is the most important thing between husband and wife. If you cannot trust your husband with your heart, your life, or your love, nothing else matters… only give the sword to your husband if you can trust him with all these things.”

As a child, Josephine MacAdams had dutifully memorized her mother’s — words even if she didn’t quite understand what they meant. For years, Josephine kept the secrets handed down through generations of DeReyne women. Now that her betrothed of more than four years has finally come for her, she must decide if he is not only worthy of her heart, but also of the ancient sword. Will Graeme MacAulay prove worthy or will Josephine have to keep the sword hidden for another generation?

But that is not her only worry. She loves her sister-of the-heart, Laurin, who cannot escape the horrors of her past. Illegitimate, abandoned by her mother, and sorely abused by her laird, Laurin’s only hope of ever being free lies in the hands of a man she has just met – Albert MacAulay. Never one to loosen his purse strings, much to the surprise of all who know him, he pays for her freedom. But what will he expect in return? 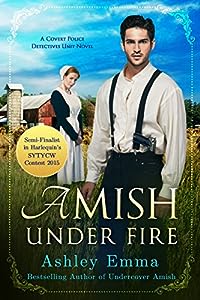 After Maria Mast’s abusive ex-boyfriend is arrested for sex trafficking, she thinks she can safely return to her Amish community.

But the danger has only just begun.

Someone begins stalking her and her young son Carter, and they want blood and revenge.

When Maria returns home to Unity, Maine, Agent Derek Turner goes with her as her undercover bodyguard, trying to blend in with the other Amish men.

The Amish way of life and their solid faith draws Derek in. He hasn’t even prayed ever since his wife died, but living among the Amish makes him long for a stronger relationship with God.

Maria’s secretive eyes, painful past, and cautious demeanor intrigue him.

As the human trafficking ring begins to target the Amish community, Derek wonders if the distraction of her will cost him his career… and Maria’s life.