I often wake up completely shocked and confused and ask myself, “Why do I feel so sore?” Why do I ask myself dumb questions? I spent the better part of the yesterday, hunched over plating bulbs, hauling large heavy pots from one end of the yard to the other, and I must have moved fifty rocks to yet another perfect spot in the garden. Was moving the rocks necessary? No. But I had an idea and I wanted to know NOW if it would look good. It didn’t. I have no plans to be any smarter today. I borrowed hubby’s truck, so I will be picking up a load of soil to put in the new raised flower beds. How am I not built like She-Ra? With all the physical stuff I do, I should look like She-Ra. Instead I hobble around, talking to myself about rocks, with crazy red head flying all around my head. I just got another idea for the rocks. 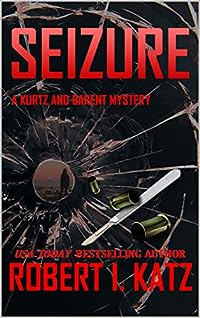 A Surgeon Living the High Life… and a Detective that Can’t Wait to Retire!

Richard Kurtz is a surgeon with a growing practice, a luxury apartment on the East Side of Manhattan and a beautiful girlfriend. Lew Barent is a police detective. He has chronic migraine headaches, a son-in-law he can barely stand and a job that he’s looking forward to leaving.

Third Time’s a Charm… Unless You’re Dealing with Murder

Kurtz and Barent have solved two improbable murders at Easton Medical Center and neither of them are expecting a third, but when elderly philanthropist Eleanor Herbert dreams that she’s witnessed a murder and a young hospital administrator is found strangled, Kurtz and Barent are drawn into a twisted tale of greed, conspiracy and long simmering revenge. 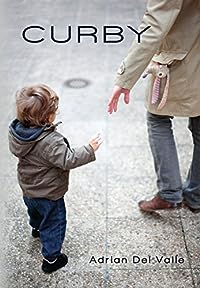 It’s not every day that a newborn baby is stuffed inside a cardboard box, folded up and left in the gutter. Nick Santinelli steers a huge New York City street sweeper around a corner and sees the box lying just ahead. He gets out and picks it up, both surprised and shocked at what he finds inside. He brings the sleeping baby home and only blocks from his route.
“Sandy!” he calls out, as soon as he enters the living room.
His girlfriend’s hair is still wet from a shower and shes sitting on the couch drying it. “What are you doing home, Hon?”
“Oh, nothing important… just a baby I found in the street.” She instantly stops drying her hair, holding the still pose and replaying what she just heard inside her mind, or what she thought she just heard. No, that could not have been what he said. She turns to him with a questioning look. “What did you just say?”
Sandy, his longtime girlfriend, decides they should not report anything and raise the baby themselves. She’s dying of terminal cancer and wants this one chance to be a mother. After she passes away, Nick finds a Nanny who he believes he can trust. When the nanny steps out to buy cigarettes after leaving the now three year old to take his afternoon nap, Curby walks out of the apartment and becomes lost in the Brooklyn streets. Without a birth certificate, Nick can’t prove the boy is his. He battles the court and the assigned city caretakers from Children’s Services for custody of Curby where a surprise awaits everyone. 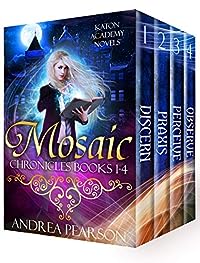 He’s dark and powerful — a magical anomaly. She’s untrained and inexperienced. Can they set aside their differences in time to save themselves?

Mysterious disappearances at a popular national park force authorities to organize an academy-led expedition, and they’ve invited undergrads to compete to be included. As a talented Arete, Austin is a natural shoo-in. And he’s not the only experienced student competing. Nicole struggles a great deal with her powers, but she knows she has what it takes, and she’s determined to prove that she can produce Wind magic.

With the help of her friends and advice from professors, Nicole pushes the limits of her magical abilities. As the competition heats up, however, she finds out that the trip she’s fighting for may be a one-way ticket…
The Mosaic Chronicles Books 1-4 box set tells a captivating story of adventure and fantasy. If you like break-the-mold paranormal fiction, light romance, and fast-paced adventure, then you’ll love the first four books in Andrea Pearson’s groundbreaking and award-winning series! 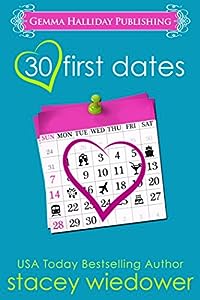 Erin Crawford is a relationship blogger with a bucket list and a vendetta. After having horrible luck in her own relationships, she decides to start a blog called “30 First Dates.” Her mission: go out with 30 men before her 30th birthday. It’s her quest to find a non-jerk in 30 dates or less. As she blogs about her sometimes humorous and sometimes just sad dates, she also begins to cross off her bucket list of 30 things she wants to do before she turns 30 — killing two birds with one stone by completing the items on her dates! In fourteen months she skydives, skinnydips, crashes a wedding, travels to multiple cities and lives way outside her usual comfort zone. The only question is, as her birthday approaches and her list grows smaller, will Erin be able to find love? Or is she destined to be a first-date-only kind of girl? 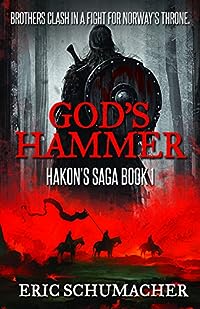 History and legend combine in the gripping tale of Hakon Haraldsson, a Christian boy who once fought for the High Seat of a Viking realm.

It is 935 A.D. and the North is in turmoil. King Harald Fairhair has died, leaving the High Seat of the realm to his murderous son, Erik Bloodaxe. To solidify his claim, Erik ruthlessly disposes of all claimants to his throne, save one: his youngest brother Hakon.

Erik’s surviving enemies send a ship to Wessex, where the Christian King Athelstan is raising Hakon. Unable to avoid his fate, he returns to the Viking North to face his brother and claim his birthright, only to discover that victory will demand sacrifices beyond his wildest nightmares.