Looking Through The Trees

I could see the bear getting ready to read his book under the shade of the trees. 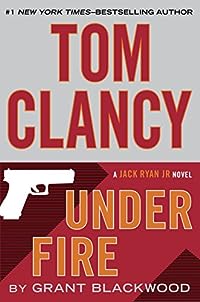 On a mission in Tehran, Jack Ryan, Jr., meets his oldest friend, Seth Gregory. As they part, Seth slips Jack a key, along with a perplexing message. The next day Jack is summoned to an apartment where two men claim Seth has disappeared with funds for a vital intelligence operation. They say he’s turned and leave Jack with a warning: If you hear from Seth, call us. Do not get involved.

Jack soon finds himself lost in a maze of intrigue, lies, and betrayal where no one is who they seem to be — not even Seth, who’s harboring a secret that harkens back to the Cold War. A secret that is driving him to the brink of treason… 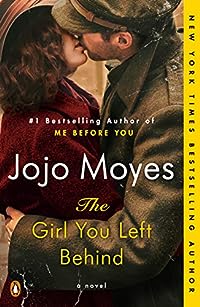 The Girl You Left Behind: A Novel
by Jojo Moyes

From the New York Times bestselling author of The Giver of Stars, a sweeping bestseller of love and loss, deftly weaving two journeys from World War I France to present day London.

Paris, World War I. Sophie Lefèvre must keep her family safe while her adored husband, Édouard, fights at the front. When their town falls to the Germans, Sophie is forced to serve them every evening at her hotel. From the moment the new Kommandant sets eyes on Sophie’s portrait — painted by her artist husband — a dangerous obsession is born.

Almost a century later in London, Sophie’s portrait hangs in the home of Liv Halston, a wedding gift from her young husband before his sudden death. After a chance encounter reveals the portrait’s true worth, a battle begins over its troubled history and Liv’s world is turned upside all over again. 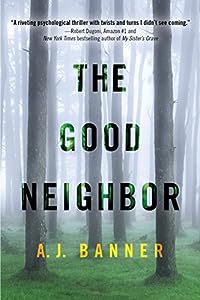 The Good Neighbor
by A. J. Banner

Named by Harper’s Bazaar as a book that could be the next Gone Girl.

Shadow Cove, Washington, is the kind of town everyone dreams about — quaint streets, lush forests, good neighbors. That’s what Sarah thinks as she settles into life with her new husband, Dr. Johnny McDonald. But all too soon she discovers an undercurrent of deception. And one October evening when Johnny is away, sudden tragedy destroys Sarah’s happiness.

Dazed and stricken with grief, she and Johnny begin to rebuild their shattered lives. As she picks up the pieces of her broken home, Sarah discovers a shocking secret that forces her to doubt everything she thought was true — about her neighbors, her friends, and even her marriage. With each stunning revelation, Sarah must ask herself, Can we ever really know the ones we love? 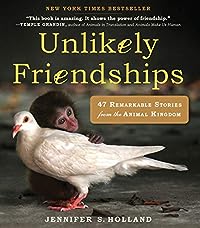 Written by National Geographic magazine writer Jennifer Holland, Unlikely Friendships documents one heartwarming tale after another of animals who, with nothing else in common, bond in the most unexpected ways. A cat and a bird. A mare and a fawn. An elephant and a sheep. A snake and a hamster. The well-documented stories of Koko the gorilla and All Ball the kitten; and the hippo Owen and the tortoise Mzee. And almost inexplicable stories of predators befriending prey — an Indian leopard slips into a village every night to sleep with a calf. A lionness mothers a baby oryx.

Holland narrates the details and arc of each story, and offers insights into why — how the young leopard, probably motherless, sought maternal comfort with the calf, and how a baby oryx inspired the same mothering instinct in the lionness. Or, in the story of Cashew, the lab mix that was losing his eyesight, and Libby, the stray cat who began to guide the dog’s way through the house and yard. With Libby, Cashew lived out his last few years with loving support and a lasting friendship.

These are the most amazing friendships between species, collected from around the world and documented in a selection of full-color candid photographs.