One Towel To Cover Them All

What is worse than my sneaking pumpkins in the front yard each Halloween, hoping hubby won’t notice the 15 or so I end up with two weeks in October? The huge Costco bags of bulbs I keep buying. He notices the pumpkins, so what on Earth makes me think he wont see the pile of packages piling up higher and higher each week in the corner of the garage? I don’t think he has noticed yet, actually. There is a good chance that today I will pick up another bag, pressing my luck yet again. I could probably just put a towel over the pile, and I would be safe. I know for a fact that he won’t pick the towel up to put it away. He hasn’t picked up the rag he left on the garage floor two weeks ago, so why would he pick up the one covering the bulbs? I was leaving his towel to see how long he would go without cleaning up after himself, and I learned the answer is FOREVER! So I’m good. One towel to cover the pile, and one more bag of bulbs I have no clue where I am going to put. 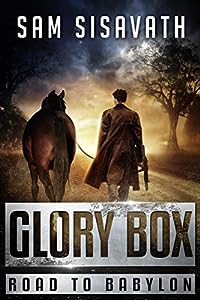 FROM THE PURGE, A NEW BEGINNING.

It’s been six years since a terrifying breed of seemingly unkillable creatures emerged from the darkness to topple the unprepared governments of the world, in the process knocking mankind down the food chain.

Survivors called it The Purge.

A few brave souls rose from the ashes of the old world to fight back, often against overwhelming odds. Led by indomitable heroes, they risked everything to achieve a final, stunning victory over the supernatural “ghouls” in The Battle of Houston.

Five years later, what remains of the ghouls have fled back into the shadows, and humanity now resides in isolated communities in relative peace. But human ambition and greed have also survived, and with no laws to stop those willing to pursue them, it’s every man for himself.

Keo, one of the unknown heroes of The Battle of Houston, has found serenity in a small town in Texas. But he will discover that a violent past is not so easily cast aside when a madman rises to dominate those around him, and in the process shatters Keo’s new life.

It’s a brave new world, but monsters still exist — and thrive. And where there are evil deeds, good people must rise to stem the tide… on the Road to Babylon. 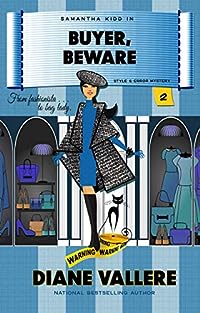 Don’t get caught holding the bag.

Out-of-work fashion expert turned amateur sleuth Samantha Kidd is strapped. But when the buyer of handbags for a hot new retailer turns up dead and Samantha is recruited for the job, the opportunity comes with a caveat: she’s expected to find some answers. With shoe designer Nick Taylor off in Italy, she turns to a sexy stranger for help, but as the walls close around her like a snug satin lining, Samantha must get a handle on the mystery or risk being caught in the killer’s clutches.

“Vallere once again brings her knowledgeable fashion skills to the forefront, along with comedy, mystery, and a saucy romance. Buyer, Beware did not disappoint!” -Chick Lit Plus

Perfect for the beach, the bath, or the line outside the fitting room. Buy this book and and enjoy a Samantha Kidd mystery in your cozy clothes! 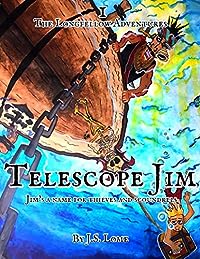 The Buccaneer Left a Hatchet in My Guitar… A misfit teen is exiled to the South Seas for bad behavior… But when secret buccaneer, Longfellow Jim includes him in a conning scheme, his tendency for trouble gets the best of him. Before he knows it, sixteen-year old “Miles” unintentionally is involved in a plot of stealing treasure, and when authorities mistake him for a notorious pirate, he is forced to join Longfellow Jim. But little does he know, a giant by the name of Telescope Jim lurks in the South Seas hunting the same treasure. Will Miles survive a battle of trickery, deception, and double-crossing between the two outlaws? Or will he become a casualty of the savage Giant’s cannibal tastes? 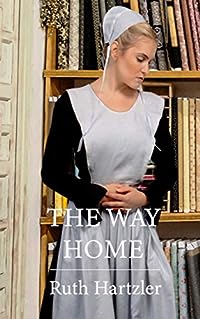 When Noah Hostetler while on rumspringa loses control of a borrowed car on an icy road and drives into a buggy, the Miller sisters are hurt. Injured and with unforgivingness in her heart, Hannah Miller vows she will never again feel for Noah what she once did — a deep and loyal love.

Both Hannah and Noah believe that with God’s grace anything is possible, but healing from a painful past is no easy task. Can Hannah rediscover what once she felt for Noah before his terrible mistake, or will her heart remain closed to him forever? 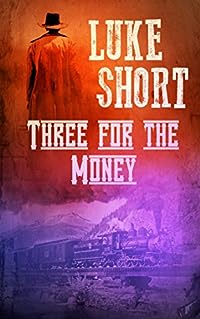 Three for the Money
by Luke Short

A bloody holdup left a cash-train in smoking ruins, its cargo of bullion vanished, and one man dead. Dan Bower’s corpse was barely cold before his widow was keeping company with a hardcase killer, the cool mastermind behind the job that sent her husband to his grave. All the vermin in the territory were out hunting for the lost fortune.

Cam Holgate was a bounty hunter, but the reward meant that he could save his ranch. Cam meant to get that gold and the key had to be lovely Tina Bowers. But was she a grieving widow, or a greedy she-devil? Trusting her could make him rich. Or trust her could make him dead. 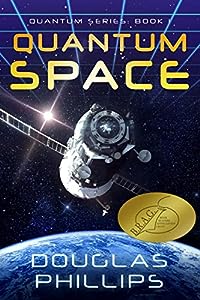 Space turned out to be deeper than anyone imagined.

High above the windswept plains of Kazakhstan, three astronauts on board a Russian Soyuz capsule begin their reentry. A strange shimmer in the atmosphere, a blinding flash of light, and the capsule vanishes in a blink as though it never existed.

On the ground, evidence points to a catastrophic failure, but a communications facility halfway around the world picks up a transmission that could be one of the astronauts. Tragedy averted, or merely delayed? A classified government project on the cutting edge of particle physics holds the clues, and with lives on the line, there is little time to waste.

Daniel Rice is a government science investigator. Marie Kendrick is a NASA operations analyst. Together, they must track down the cause of the most bizarre event in the history of human spaceflight. They draw on scientific strengths as they plunge into the strange world of quantum physics, with impacts not only to the missing astronauts, but to the entire human race.
If you liked the authenticity of The Martian, the page-turning pace of Da Vinci Code, and the inspirational world view of Arthur C. Clarke, you’ll love Quantum Space. A mind-bending journey from the ultra-small to the vast stage of the Milky Way.