Now that I have switched my focus in the garden from plants to bugs, I am discovering a whole new world. This of course is a pain in the tushy to my baby bassets. I am constantly calling for them to “COME HERE! LOOK AT THIS!” Those boys are certainly getting their steps in each day. If they would just stay outside with me they wouldn’t have to walk so much. That’s what I should do. Make them stay with me for 30 minutes and learn about the bugs in the garden. Just to give you guys an update… The white cluster of eggs that I found on the wisteria leaf, has hatched and there are twenty or so little caterpillars roaming free on the leaf. I got a little curious and did a bit of hunting for more egg clusters and found yellow eggs. I did a little research and I think they are Ladybugs. In 4 to 10 days I will know for sure. 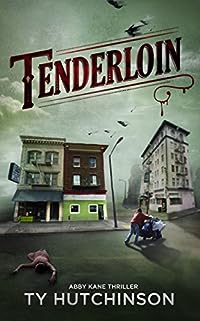 If you go looking for a monster, don’t be surprised if you find one.

With white-collar crimes dominating Agent Abby Kane’s work schedule, chasing deranged killers is a thing of the past, until the body of a dead DEA agent pops up in Bogotá.

Ordered to Colombia for answers, Abby’s investigation takes her deep into the Amazon jungle where she discovers evidence of strange experiments at a rundown lab. When she later crosses paths with one of the scientists involved, she learns that a new drug has been invented, and its danger isn’t the addictive high but the terrifying side effects.

Abby believes the cartels are behind the drug, but the locals think it’s one man. They call him El Monstruo. 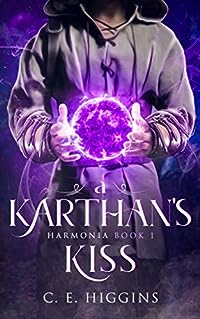 A man running from his past. A woman desperately trying to save her sister. A plot to turn their world upside down.

Blake Tomasin is a karthan, a contracted collector of rare items from the islands six elemental regions. To the world, he is a dark bonded and a reclusive mystery and that’s just how he likes it. He has no idea his life is about to be turned upside down by the smart, beautiful scholar, Elle Drayfield, who has but one single-minded purpose; save her sister from an incurable disease.

Blake finds himself drawn to this enchanting woman even as his mind shouts at him to run. The more time he spends with her, the more the walls guarding his heart break down. When he learns she’s in the middle of a conspiracy to overthrow Harmonia, he is faced with a terrible decision. Dogged by his own demons, Blake must face his painful past and confront his fears if he wants to ensure he has a future worth living.

The Law of Capture
by Joe Totten

The Law of Capture is the unforgettable story of the multiple lives of Edward Valentine. Soon after the Civil War, sixteen-year old Edward Valentine rides out from the family farm to seek adventure in Texas. He is little prepared for the lawlessness and savagery that will transform him from reckless young outlaw to seasoned lawman to hired assassin.
After escaping from a Texas chain gang, Valentine flees to the Wyoming Territory, only to find himself in the middle of a violent range war. Forced to decide between following the law or living outside it, Valentine manages to do both. While serving as county sheriff, Valentine operates covertly as a hired assassin for the territory’s landed elite.

Can Valentine navigate his dangerous double life and manage to stay alive?

Told from the first-person perspective of several remarkable characters, this compelling debut novel is set against the casual violence and brutal landscapes of the West. The Law of Capture reveals the passions and animosities that churn just beneath the surface of the American soul. 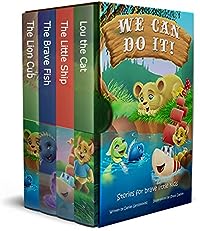 We Can Do It!: Stories for Brave Little Kids: Children’s Book Collection
by Daniel Gershkovitz

“All your dreams can come true if you have the courage to pursue them” – Walt Disney
With so many diverse new challenges facing our children every day, one of our central roles as parents is to provide them with the correct, appropriate tools to deal with the outside world.

We Can Do It!: Stories for Brave Little Kids will fill your kids with the conviction that where there’s a will, there’s a way, enhancing their sense of self-confidence, capability and self-esteem:

The Lion Cub: Kids will learn to distinguish between good and bad, take responsibility for their decisions and embrace diversity.

The Brave Fish: Kids will learn not to give up on their dreams and do all they can to make them come true.

The Little Ship: Kids will learn that a big, brave, determined heart can defeat even a rival who looks better on paper.

Lou the Cat: Kids will learn not to succumb to peer pressure and to follow their heart in order to make the best decision.

Our children are our most precious treasure. Let’s help them grow into the best possible version of themselves. 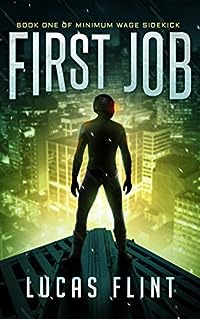 In a world where superheroes are a business, sixteen-year-old Alex Fry gets the dream job of teenagers everywhere when he is hired by the famous superhero Rubberman as his sidekick. As Rubberman’s sidekick, Alex hopes to not only learn how to use his powers, but also save up enough money to buy his first car before he heads off to college.

But Alex gets more than he bargains for when a powerful supervillain with mysterious connections to Rubberman’s past appears in his city with a dangerous agenda. Now Alex must master his powers in time to help Rubberman defeat this supervillain before he succeeds in his vile plans.

Yet when Alex learns about the darker side of the superhero industry, he finds himself unsure whether to keep working for Rubberman or to stand against him for the greater good. If Alex makes the wrong choice, it will change his life — and the fate of his hometown — forever.